I decided to add a new feature to the Kingston Road Project. I thought it might be fun to keep track of some of things I know I want to buy...to create a wish list of sorts, on it's very own page. I also still haven't managed to get a glamour shot of the bedroom to reveal how the paint came out, so admittedly, I'm looking for a little filler.

We'll see how it goes, but I think I will post each wish list item as it's own post, and will also add it to the Wish List Page so that I end up tracking all of those items in one place.

So, without further ado, here's my first item:

Carpet from FLOR
I need to get 11 more tiles of this carpet to enlarge the carpet that we currently have in the living room, especially once we add a love seat. Looks like I'm not the only one who thinks it looks good with a bright green object on top. 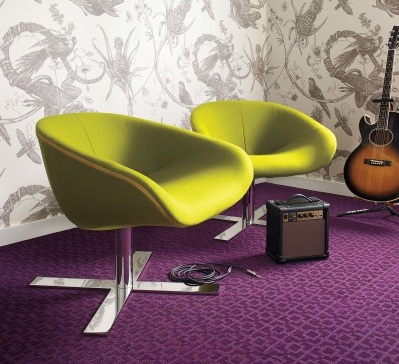 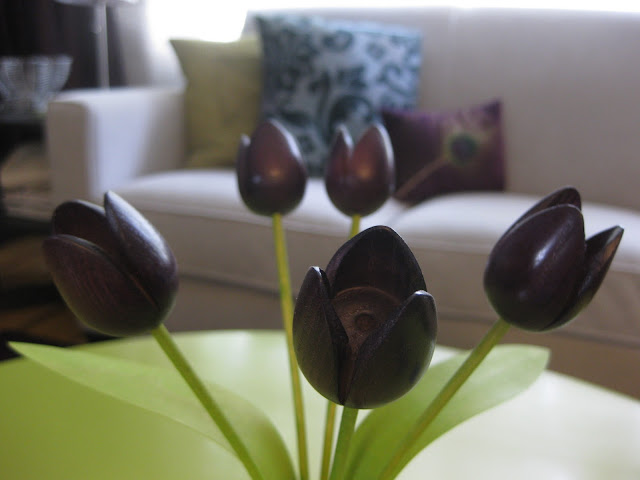 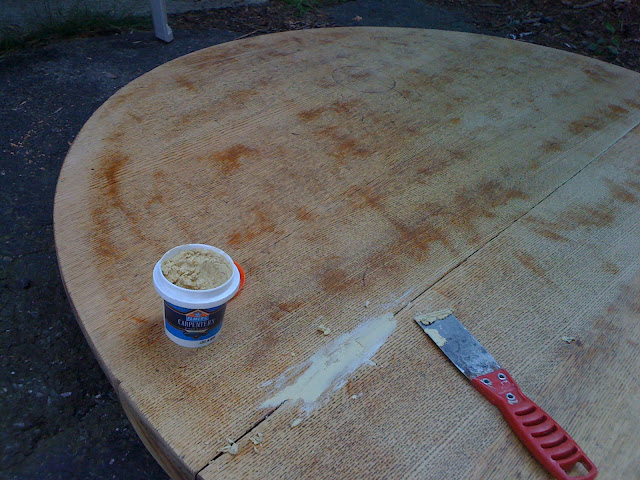 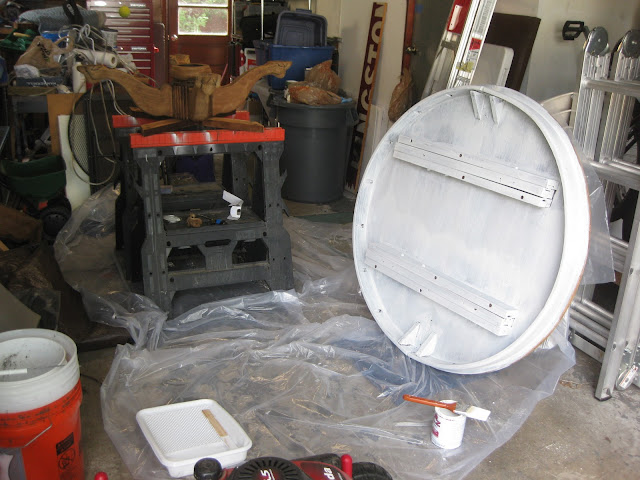 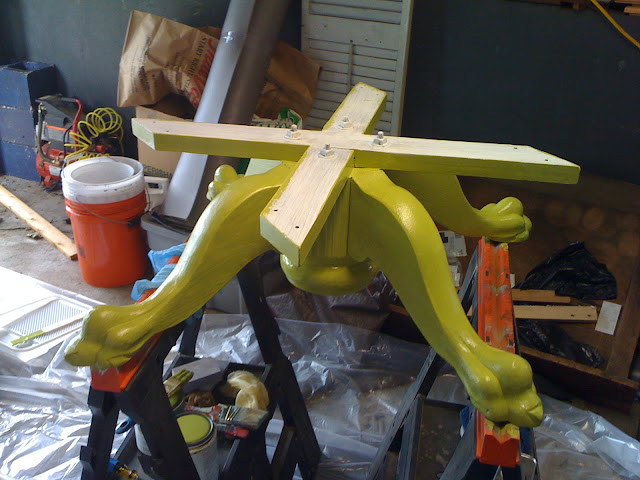 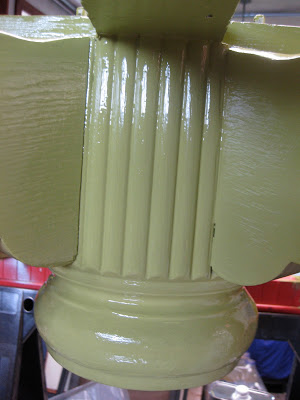 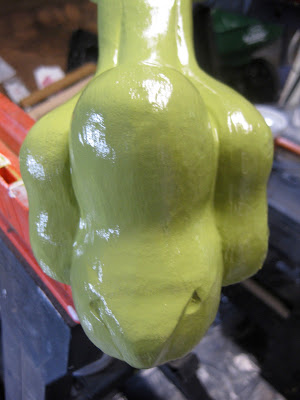 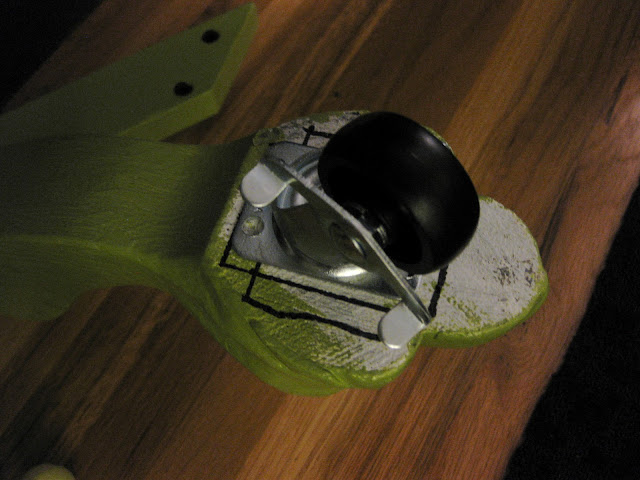 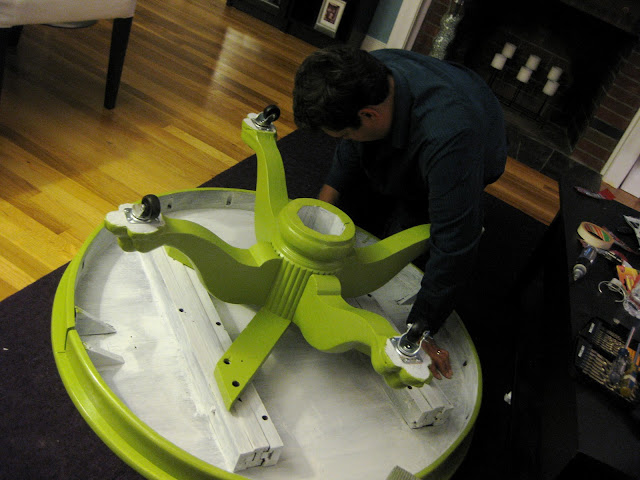 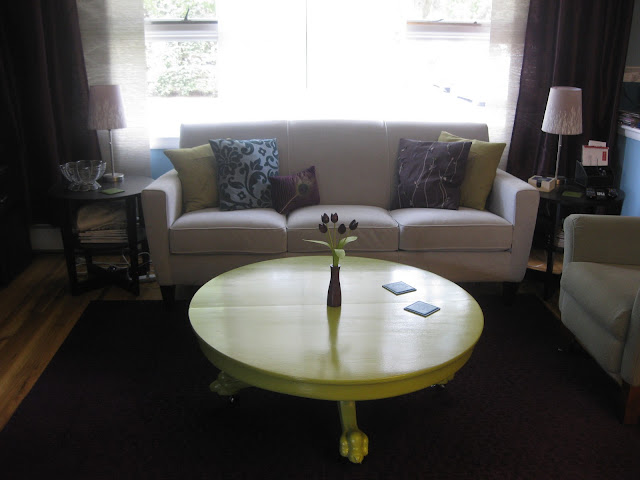 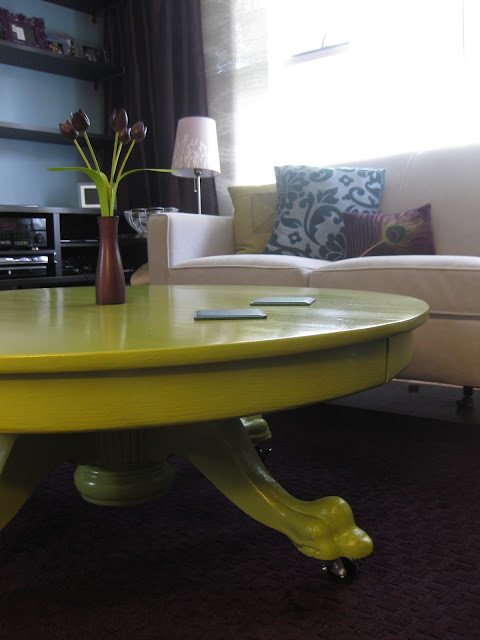 It's time to paint the bedroom

Fall is in the air. The days are bright, the air is dry. It's a perfect time to paint. I'm hoping to obliterate the yellow from one more room in our house this coming weekend. If only we could decide on a color... 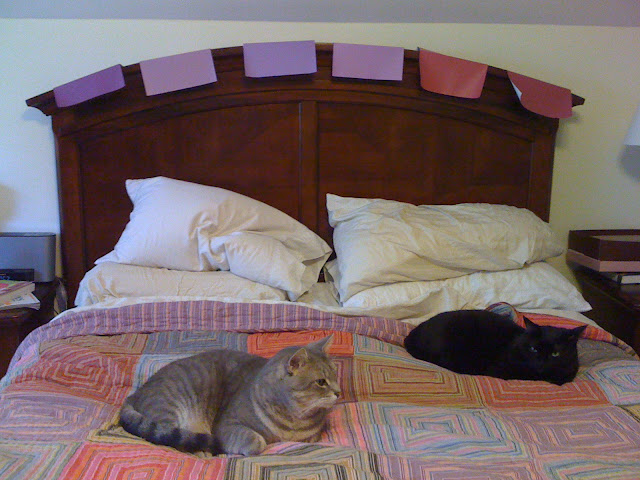 As you can see, our quilt pretty much has the entire rainbow in it. I've narrowed it down to something on the warmer side, since the main floor is largely cool tones. But, of course, I'm always trying to get purple in there somewhere. And since we didn't use it in the living room...

I'm envisioning purple walls, with red curtains, and wood toned mini-blinds on the window. I also have a dressing table to paint, which I want to place under the window, as long as I can convince Greg that it doesn't block the heater too much. It might be cool to paint the dresser a slightly darker shade of purple...maybe with red drawer pulls?

Greg really likes the color on the left the best out of these. (after I overruled the more orangey/rust tones that he really liked best. I just can't do it!) We're both a little concerned that it's too dark. We need to evaluate the colors again tonight. And I really like the color of the furniture better against the purples. Really, I'm not just saying that.

Coming soon, the new living room coffee table. I just put the last coat of polyacryllic on it today. Once I have a final after shot, I will tell you all about it.

No pictures to share today. Instead, I'm introducing feature...

I though it might be fun to add a page to the blog which is always easily accessible from anywhere you happen to be. It's on a new page all of it's own. Just click on the tab above. It's a list of the many projects we've got on our list, whether it be for the immediate future, or waaaaaay down the road. I'll try to keep up to date by checking or crossing off the items on our list as we complete them.

So please, check it out.
No comments: