The weekend after Mother's Day, my mom was kind enough to come and visit us so Greg could keep working on the deck framing. She did a lot of great yard work for us while she was here, but Greg also put us to work cutting the rubber roofing which you can see in the foreground. 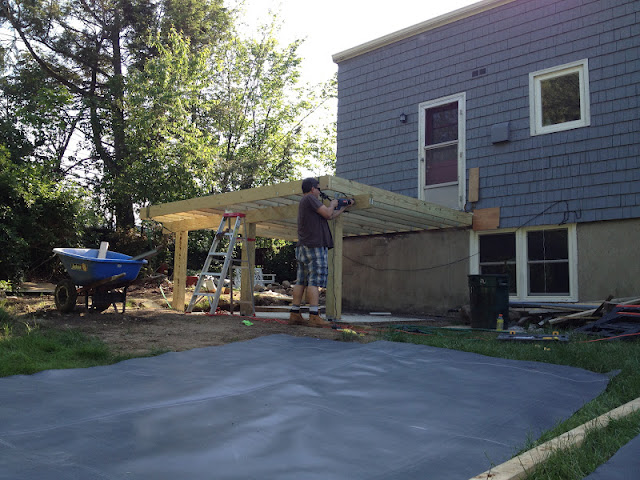 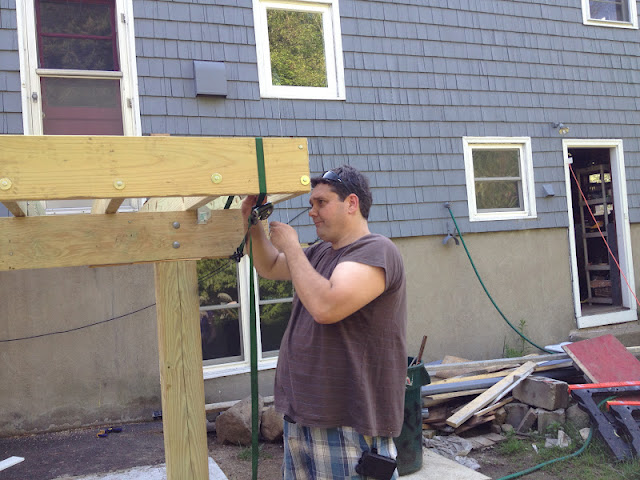 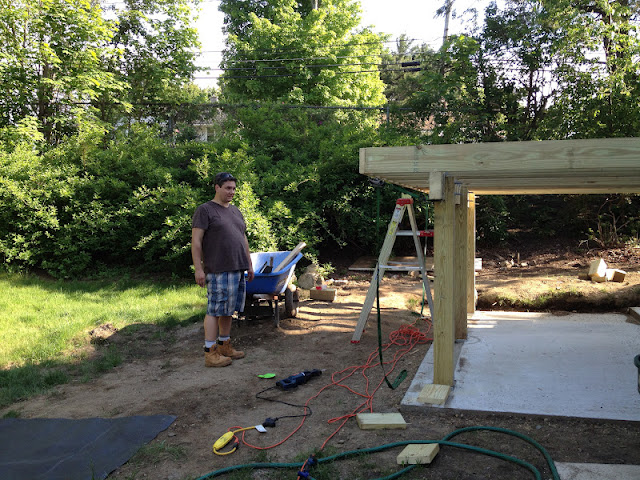 The rubber roofing is needed to waterproof the shed that will be under the shed. Greg came up with the idea to cut it into trapezoids, one for each space between two joists. When the trapezoids are fastened to the tops of the joists, there will be a natural slope away from the house to collect all the water that come through the decking, and direct it to a gutter at the far end of the deck. 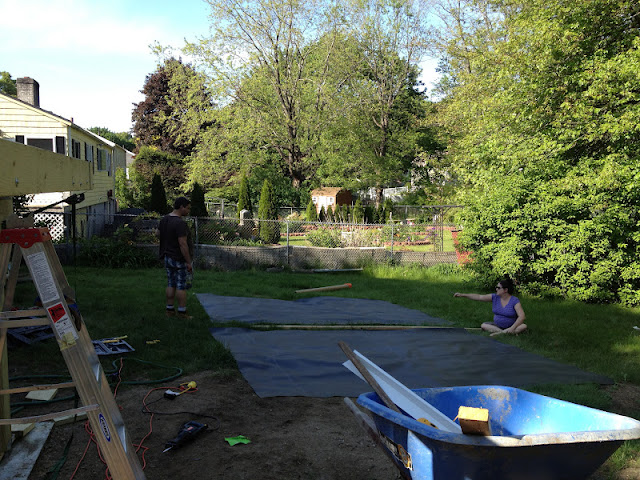 I carefully measured out the spacing for the trapezoids, then the three of us snapped chalk lines, and my mom and I raced to see who could cut more sections the fastest. My mom is very competitive, so we got the job done fast! 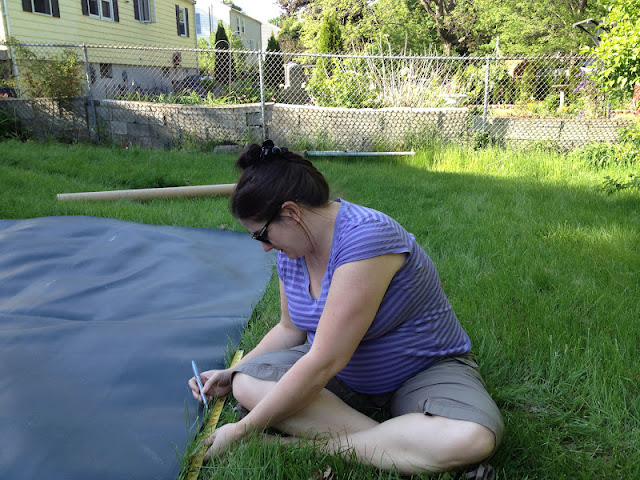 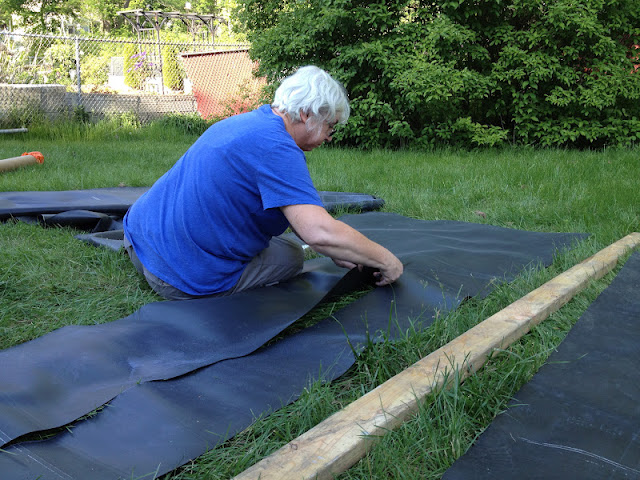 A Deck Frame of Mind

The weekend of Mother's Day, we had originally planned to head to New York to visit my mom. But because of weather, and other weekends away, we postponed the trip so that some real progress could be made on the deck. Greg new he had to make the most of the weekend we didn't go to visit my mom, so he set about beginning the framing. 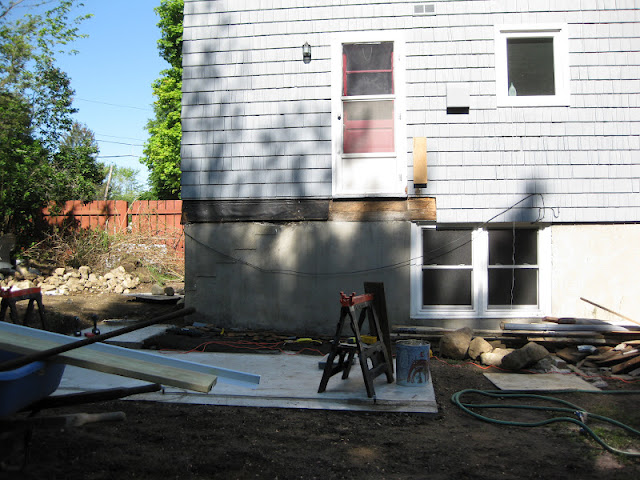 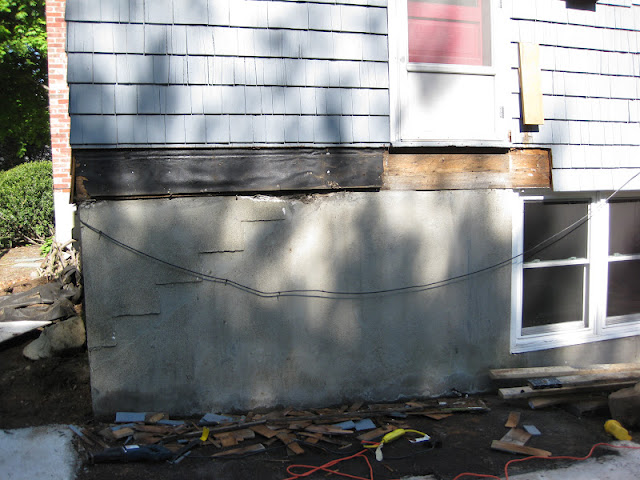 The first step was to attach the ledger beam to the house. 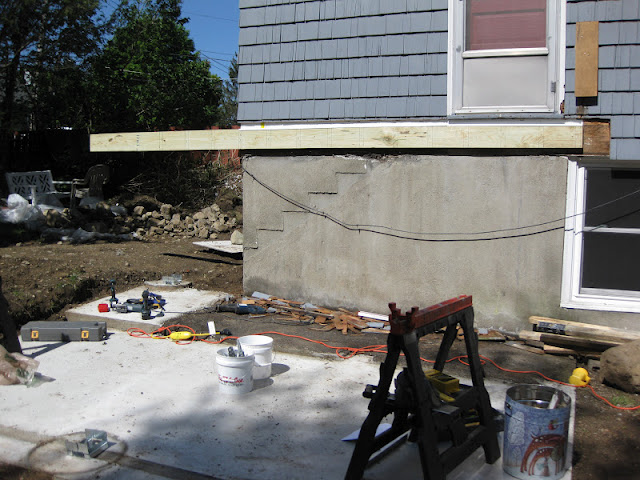 Doug was back to help attach all the joist hangers to the beam. 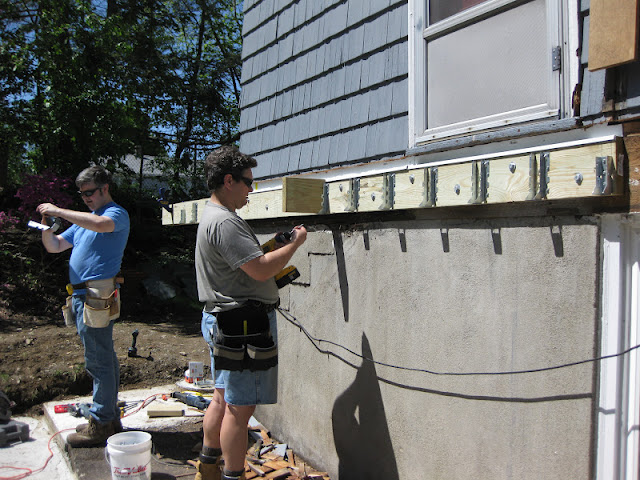 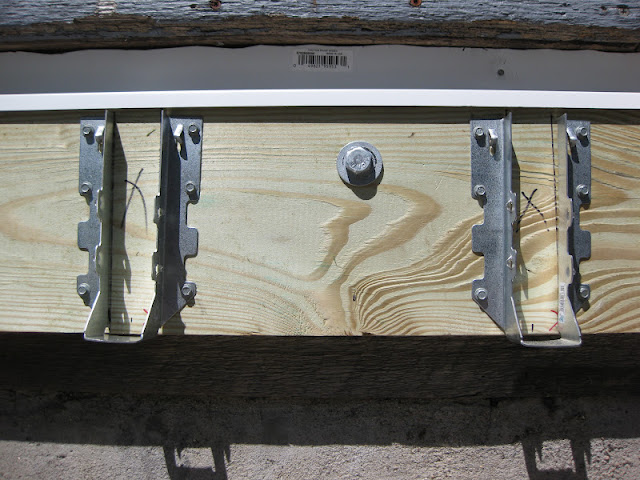 And later on, George arrived as well to help get the posts and carrying beams in place. It was actually beginning to look like it might turn into a deck someday. 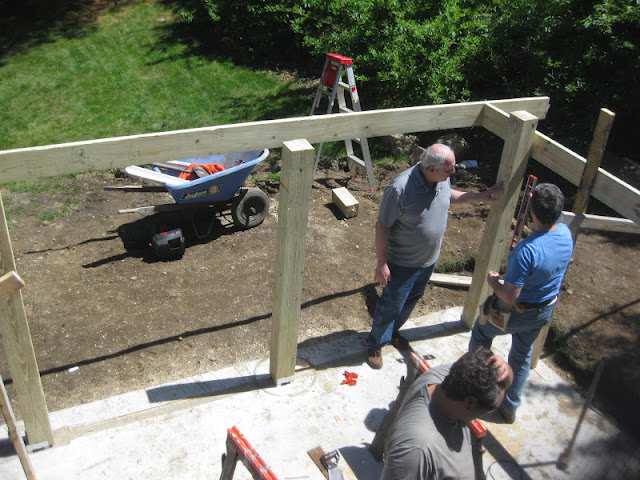 Meanwhile, the debris pile in what used to be our patio continued to grow. Maybe we'll get that patio back next year! 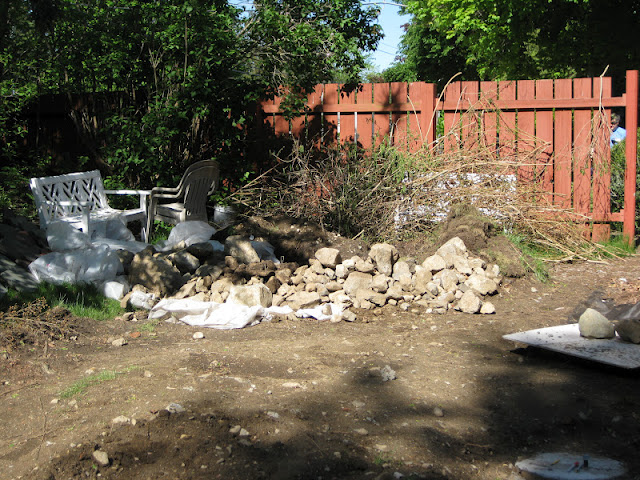