That's right, Leo turned three months old this month. That's a whole quarter of a year! In fact, it was two weeks ago, so he's already three and a half months. Time does fly. And it's not surprising in the least that with the excitement of Christmas, I neglected to tell you about his second month. So, how about we cover them both at once? 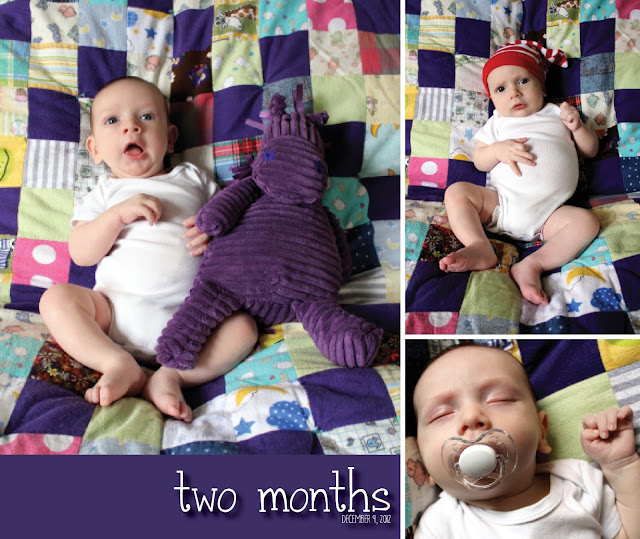 Our little peanut continues to be an awesome little guy. He is so much more active now and we have a lot of fun together. He loves to play on the floor and bat at his toys. He's gotten really good at grabbing on to a few balls that he got for Christmas, and is always trying to shove them in his mouth despite the fact that they are much too big. When that doesn't work, he's pretty happy to shove his whole fist in there along with the endless drool!

He loves toys that light up and play music or make other noises. He kicks his feet in delight! He is enjoying being upright more often, and has started to spend time in his bumbo seat and exersaucer. He rolled over from front to back for the first time right before Christmas, and has repeated this feat a half a dozen times since. We have yet to catch it on video. He's clearly not predictable! But he does excel at tummy time, and his head strength was compared to that of a four month old at his two month appointment. 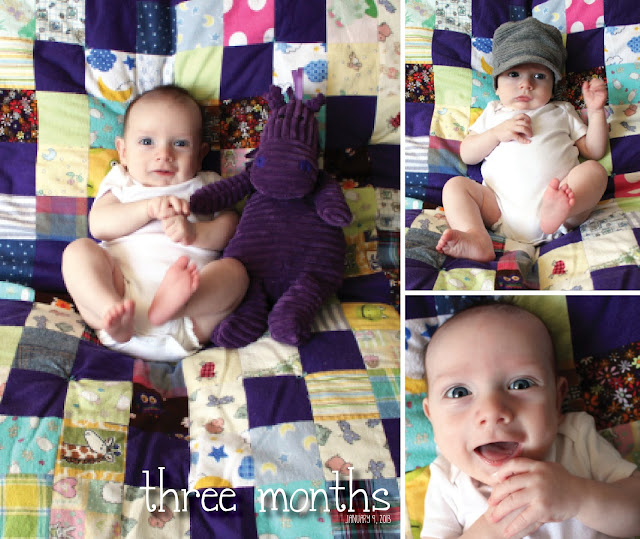 He is an amazing little guy who smiles a lot, and looks inquisitively at the world around him. When he's not smiling, his brow is often furrowed with concentration. He chatters all the time, mostly just vowel sounds so far.

In December, he weighed in at 12 lbs. and was 24 inches tall. But my scientific measurements using the bathroom scale, he is already close to 15 lbs. He's comfortably in his 3-6 month sized clothes already. It broke my heart just a little bit to pack up his smaller things. My little guy is getting big so fast!

We had a wonderful holiday, and managed to see most of our family. Leo was thoroughly spoiled by everyone! We're looking forward to seeing how he'll change in the months to come!

This was supposed to post the week of Christmas.
But, it's not too late for a Happy New Year wish, right? 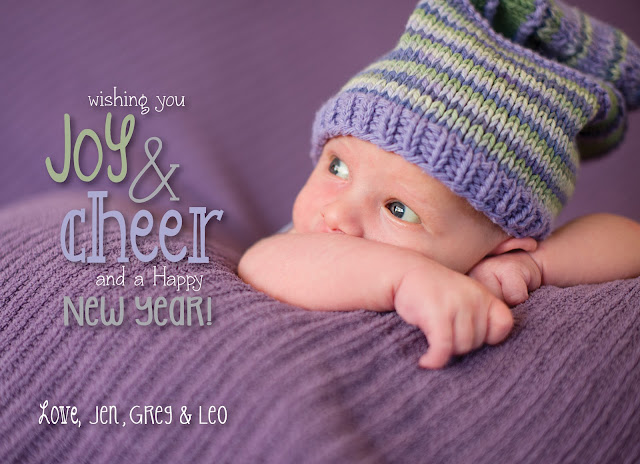 Photo complements of my awesome friend Christine Conrad Lane. Design by me.