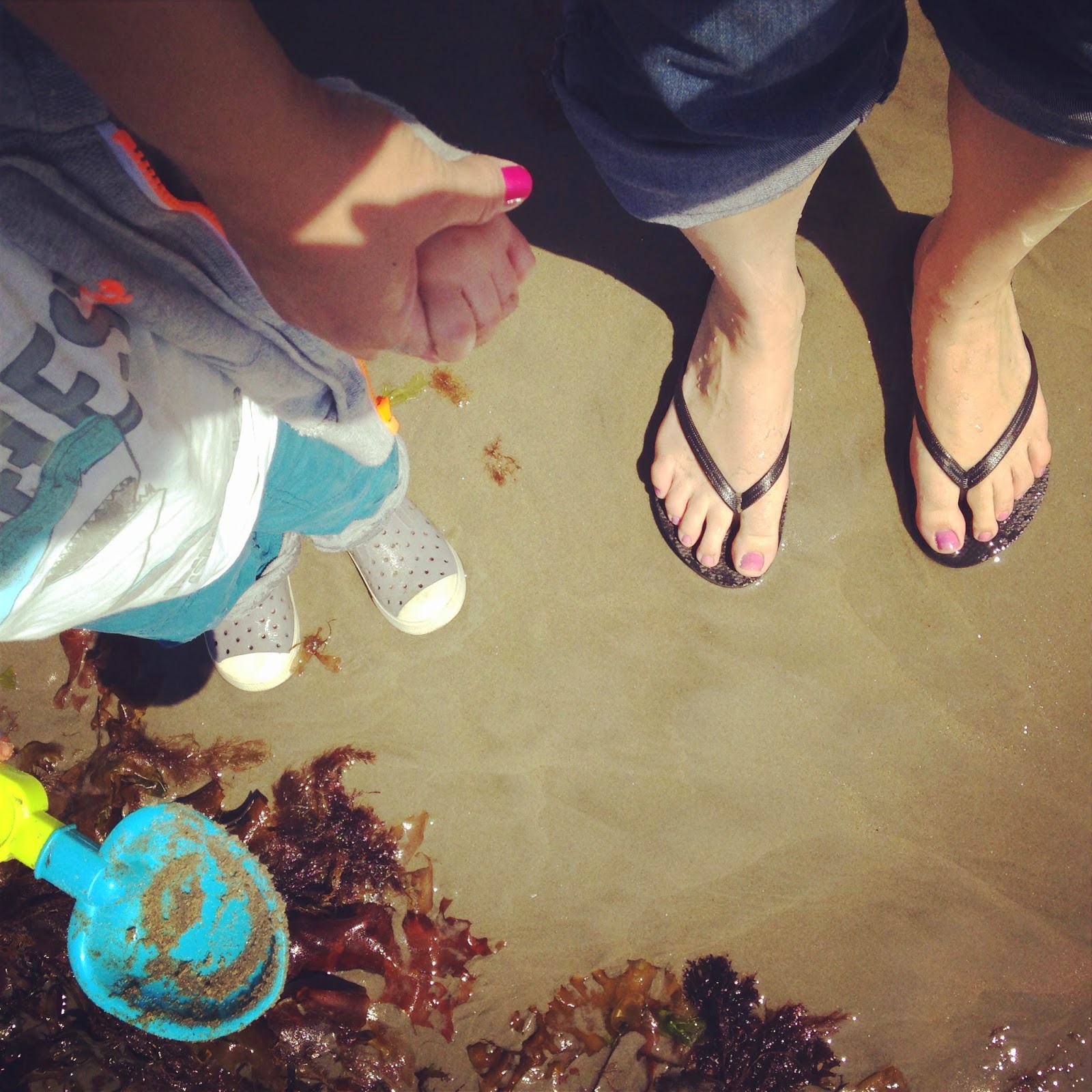 If you have stopped by to visit recently, then you know we've had quite a busy summer. In addition to the Part One and Part Two, I have a few more Sparkling Adventures to tell you about.

My BFF lives in the southern part of the state. We are always looking for ways to meet up halfway between us, especially since the arrival of her second adopted son who is only a few months older than Leo. This summer, we met up for a fantastic play date at the Easton Children's Museum. This is a charming little museum built in an old fire house. They have plenty of activities that reference the former use of the building, including the fire pole that kids can climb from the first floor, and watch from the second floor through a piece of plexiglass. It is a favorite activity of our friend S. 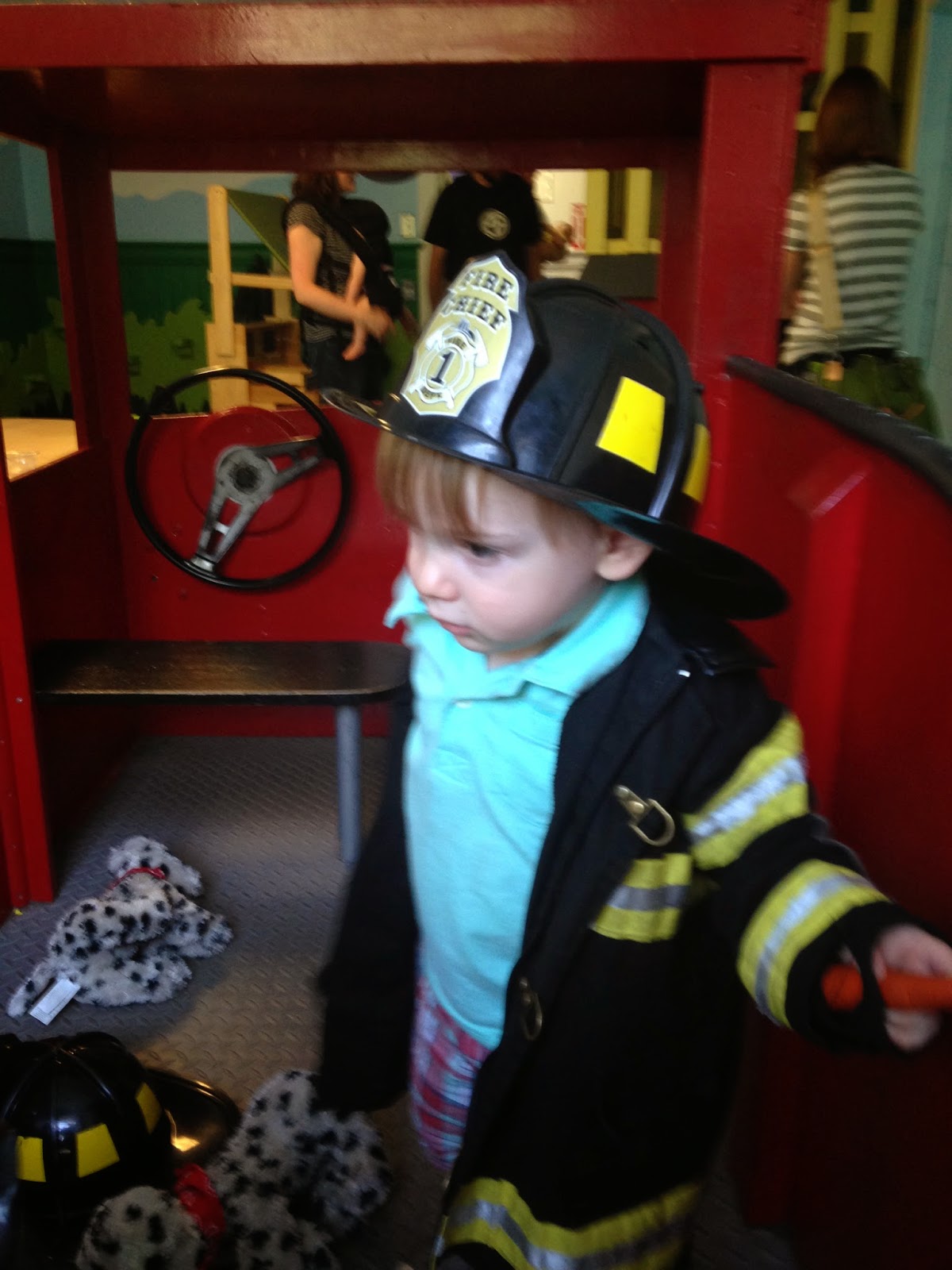 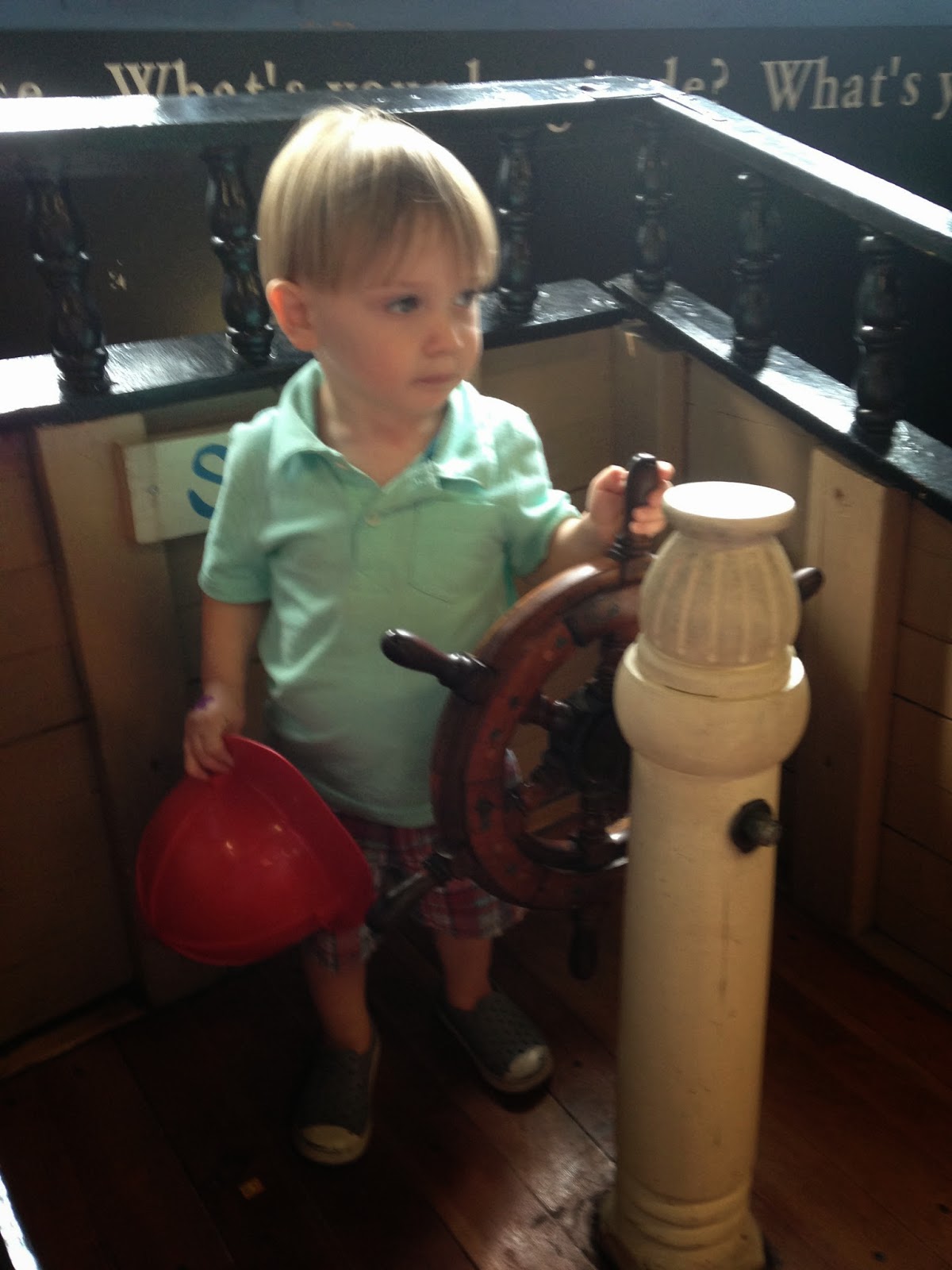 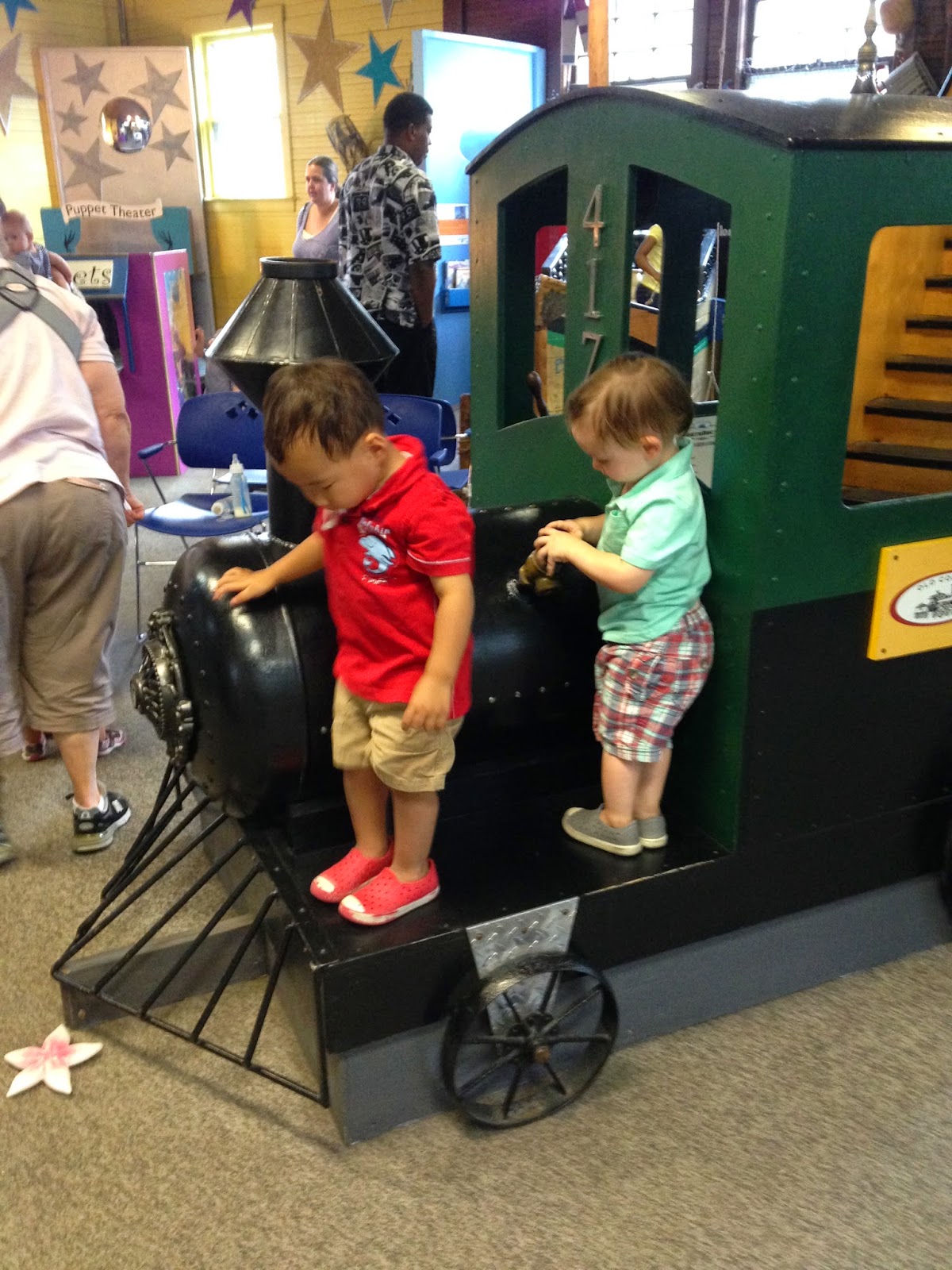 The museum also has a really great outdoor play space with making use of natural elements. There were musical instruments made from planks of wood, and a big pile of logs and sticks that could be used for building. Probably the favorite element outdoors was the tree fort. This was the moment when I realized that my baby could climb a ladder higher than my head. Deep. Breath. In. 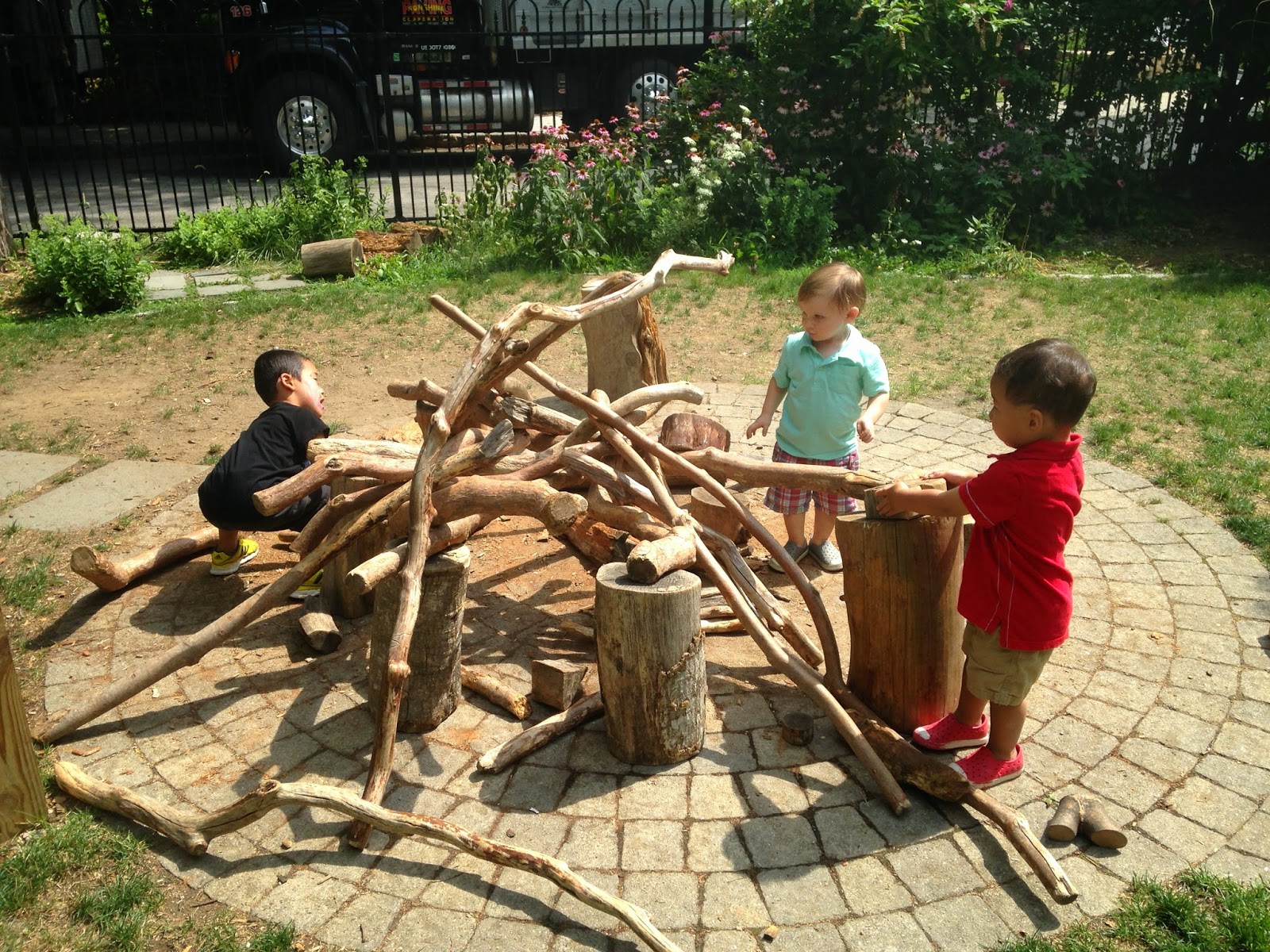 Another destination we hit once or twice is one of my favorite places on earth. It turns out it's also good for quite a bit of toddler fun. I'll let the pictures speak for themselves. 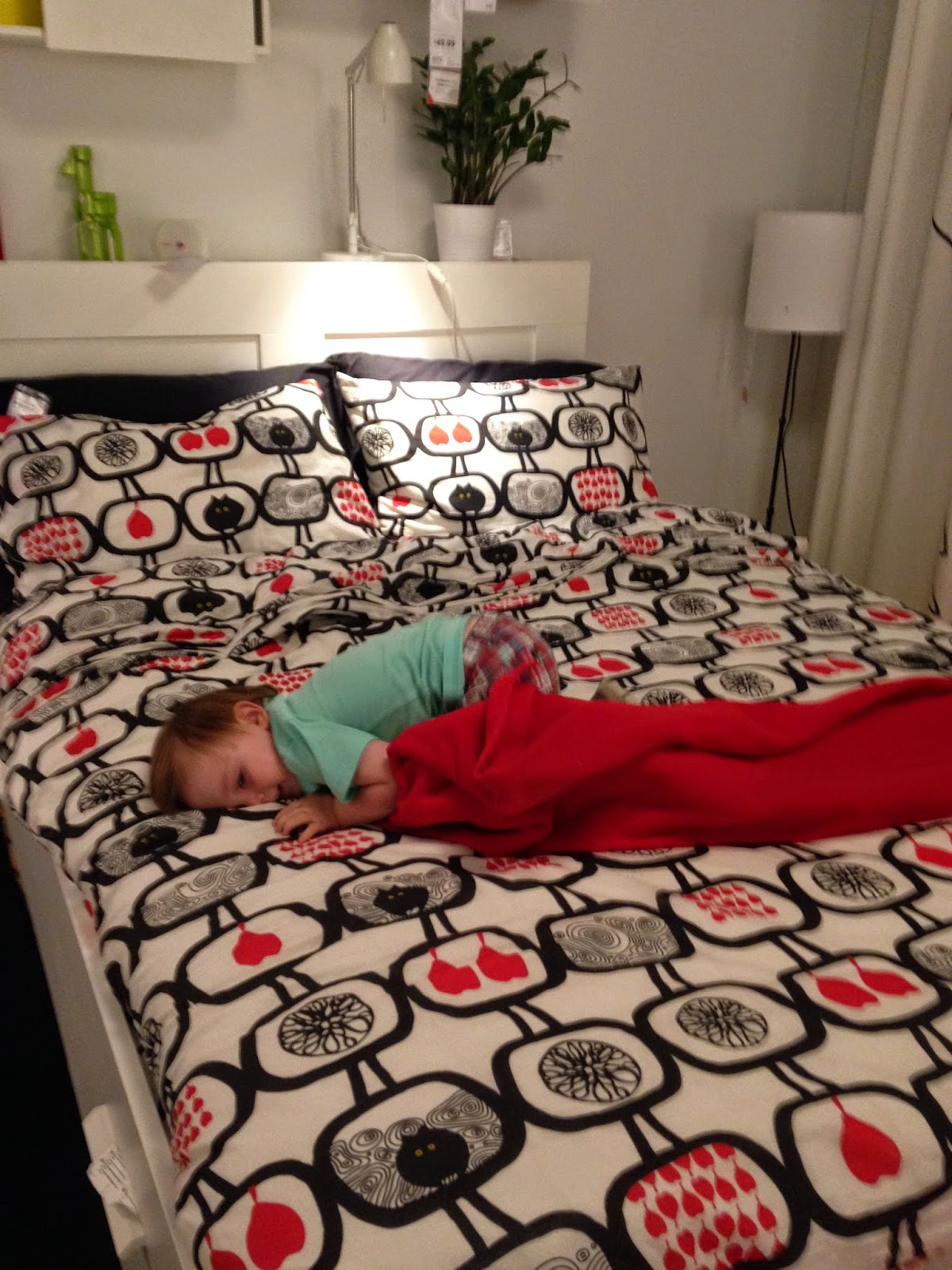 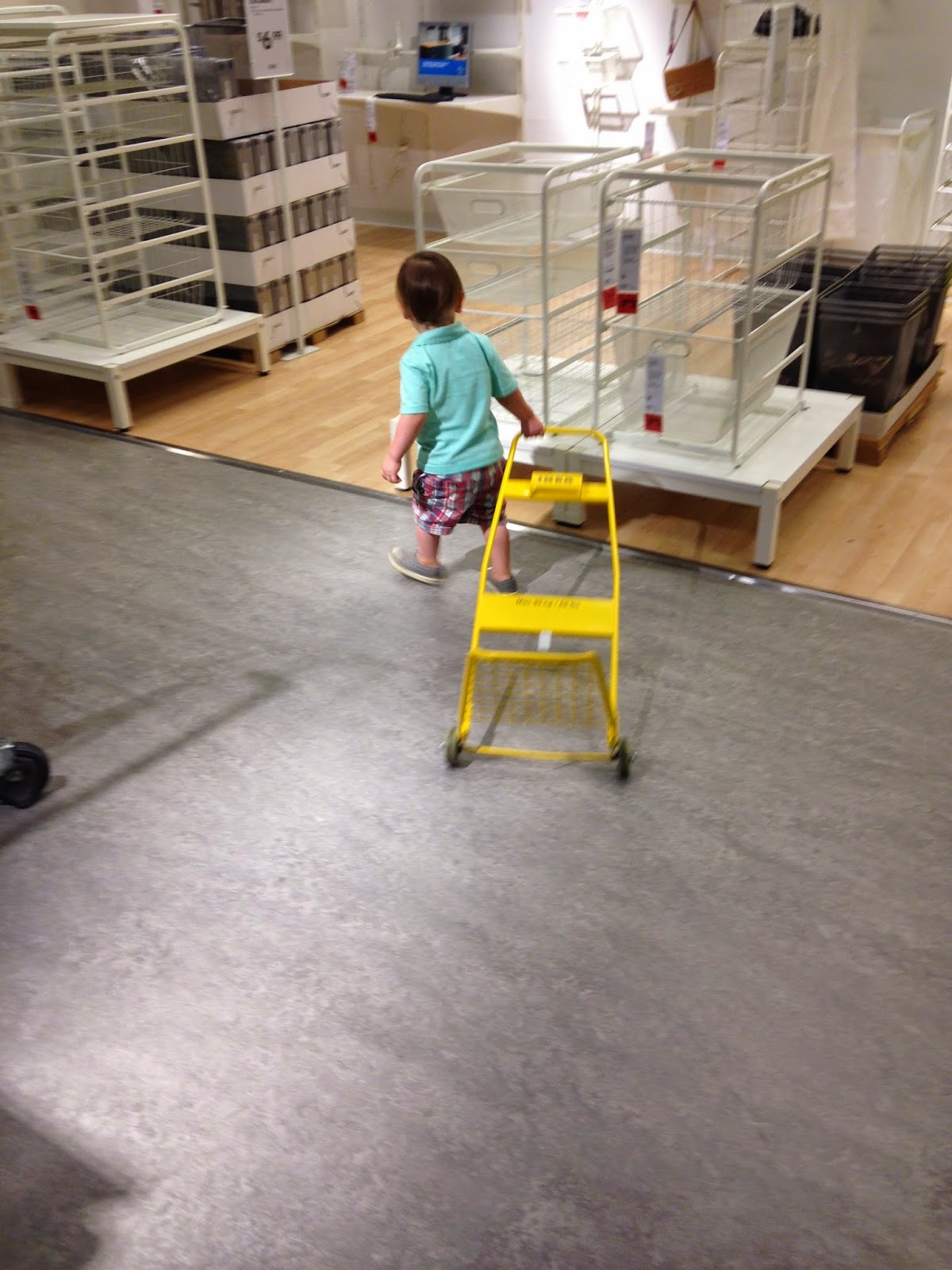 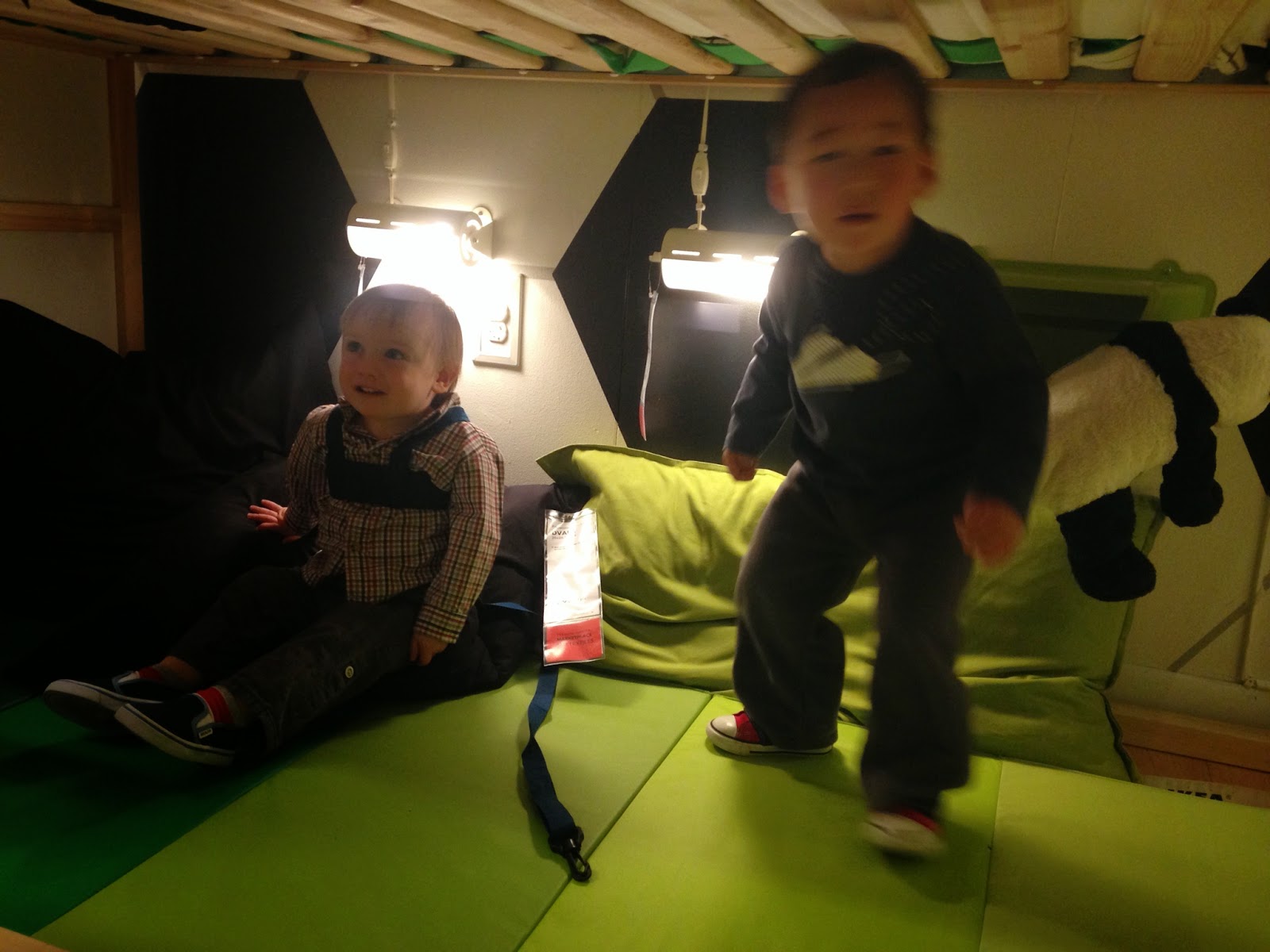 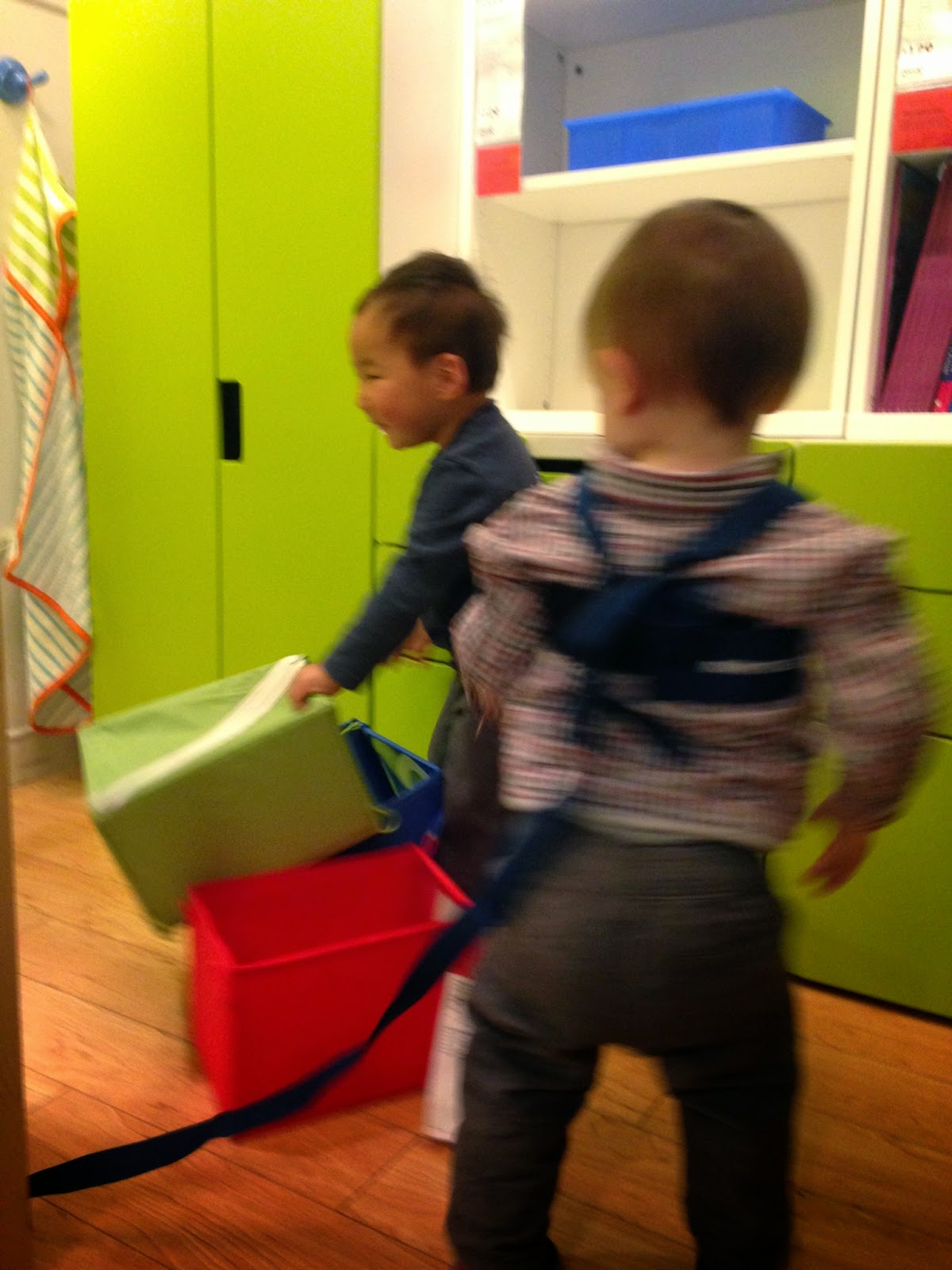 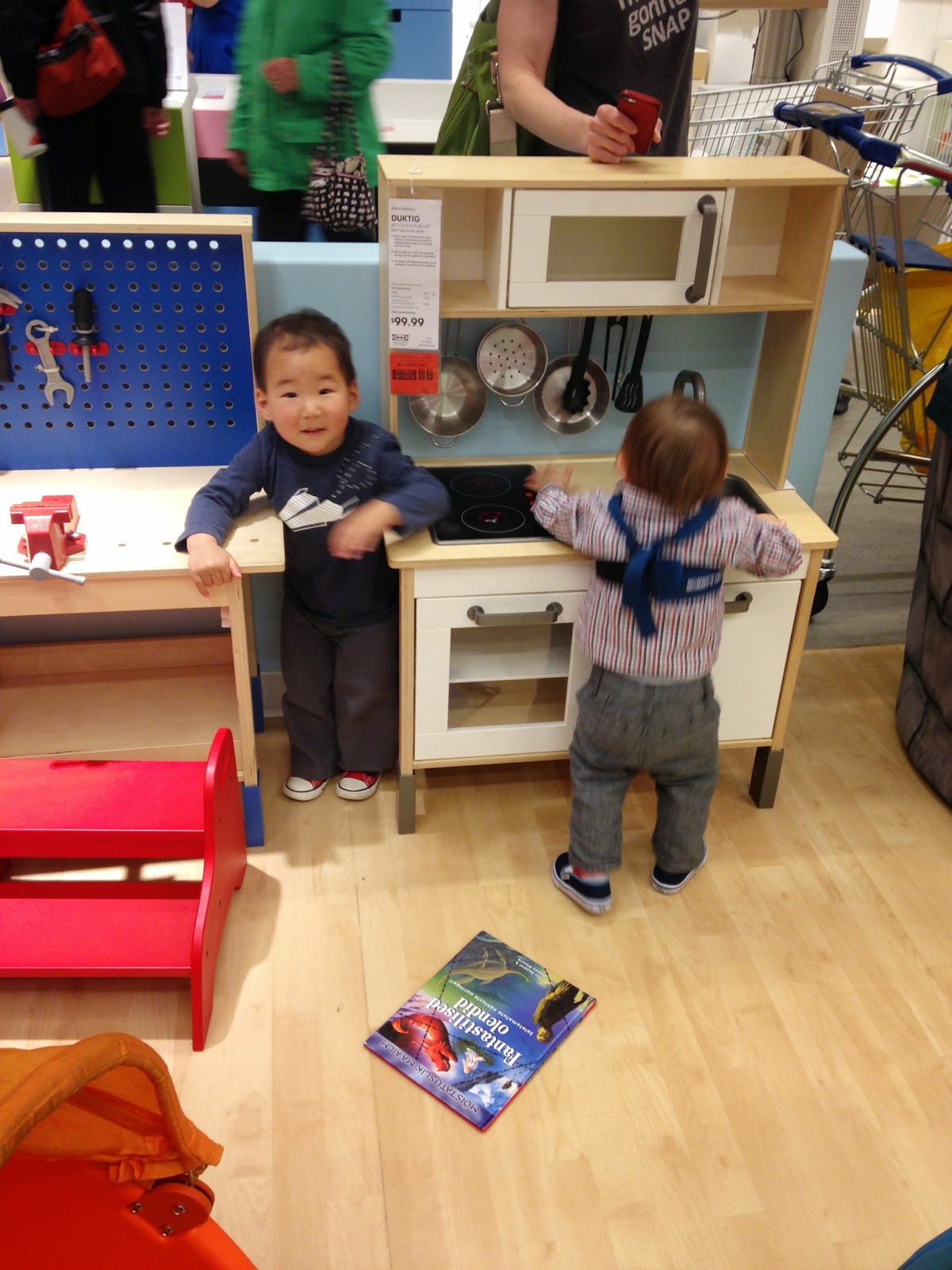 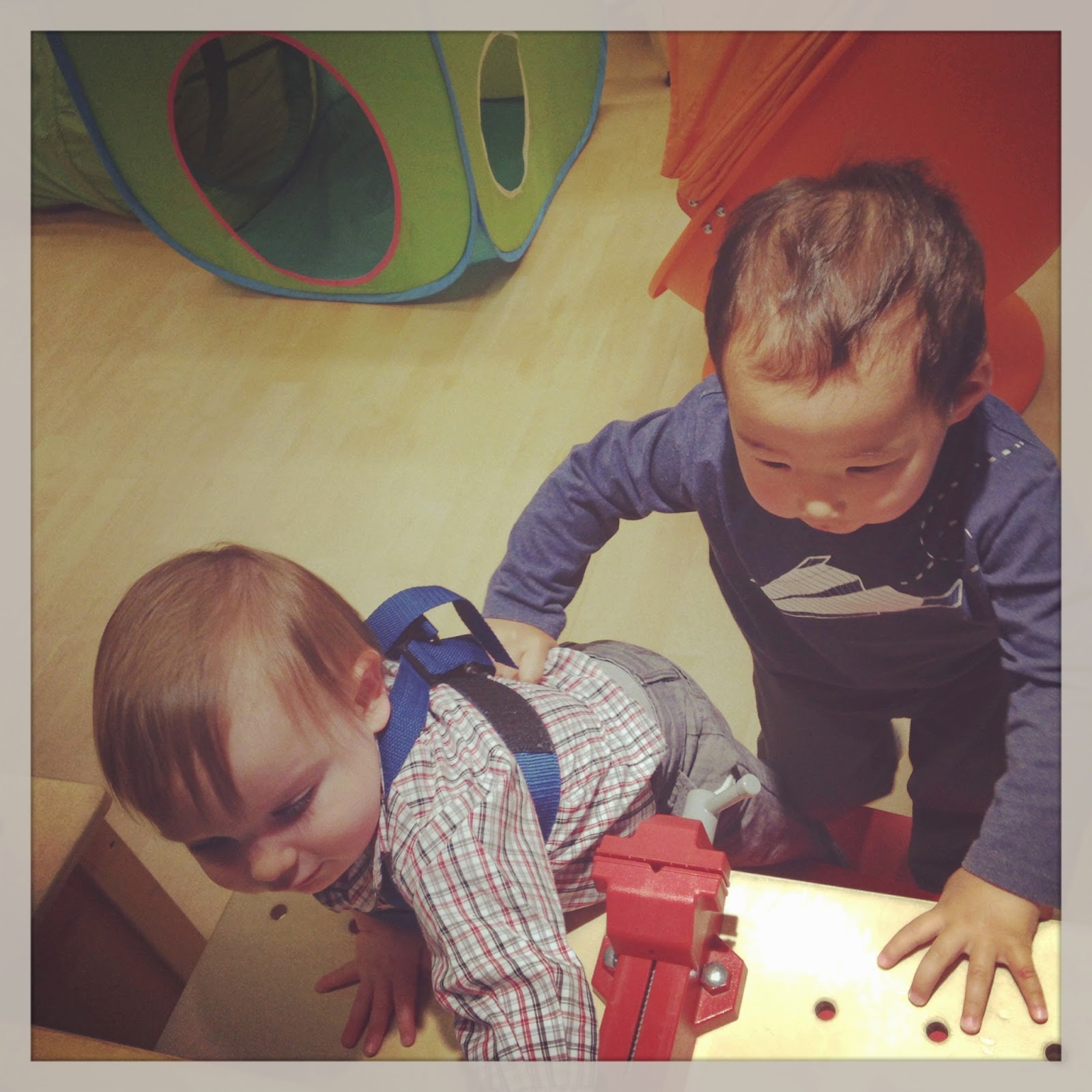 Boston is also known as a really bike friendly place. There are tons of trails along converted railroad right-of-ways, and along the Charles River in Boston and in our own town. We've made good use of the bike seat that Leo gave Greg for Christmas with several great rides around the area, including the Minuteman Bikeway, Memorial Drive in Cambridge of which a portion is closed to cars on Sundays, and the Esplandae. 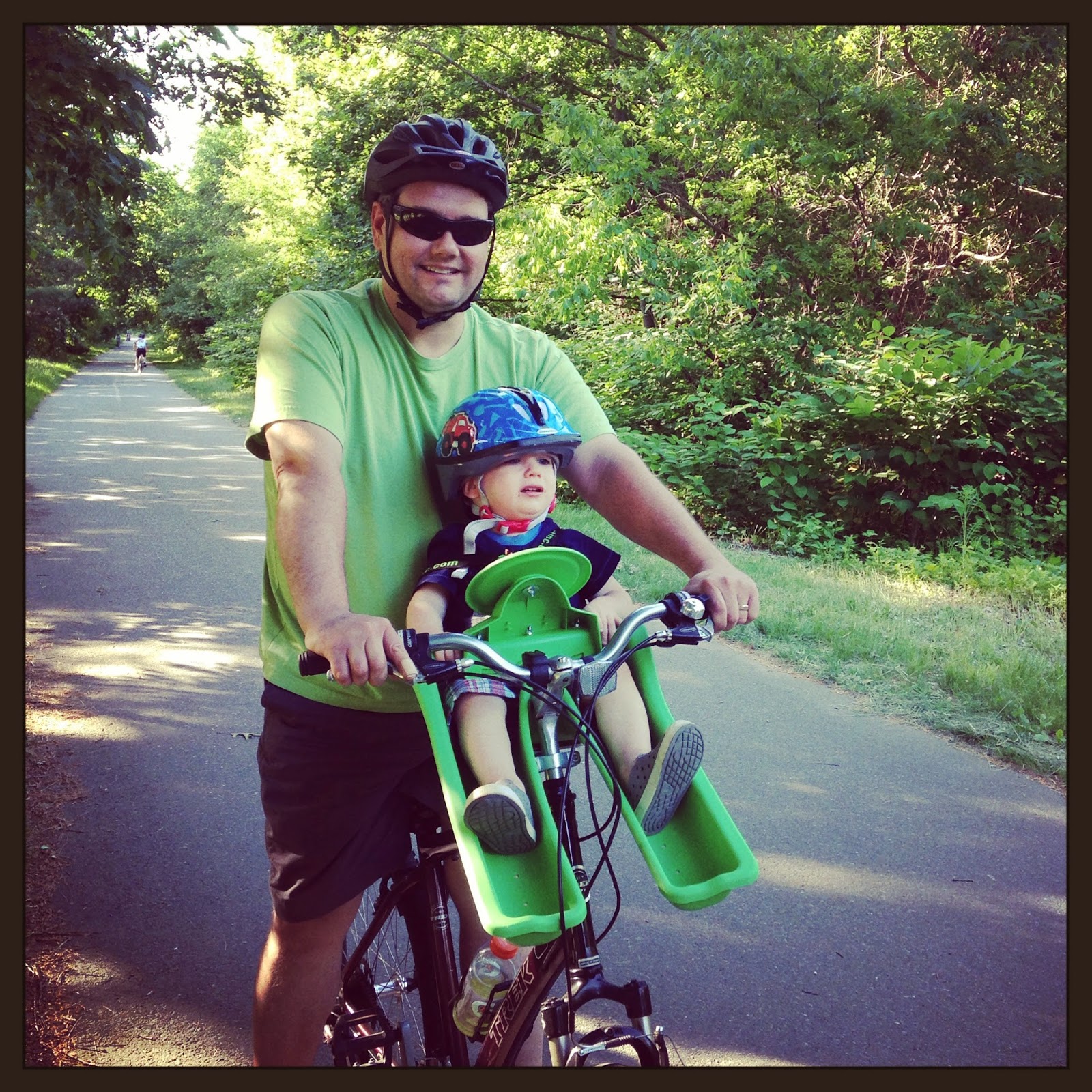 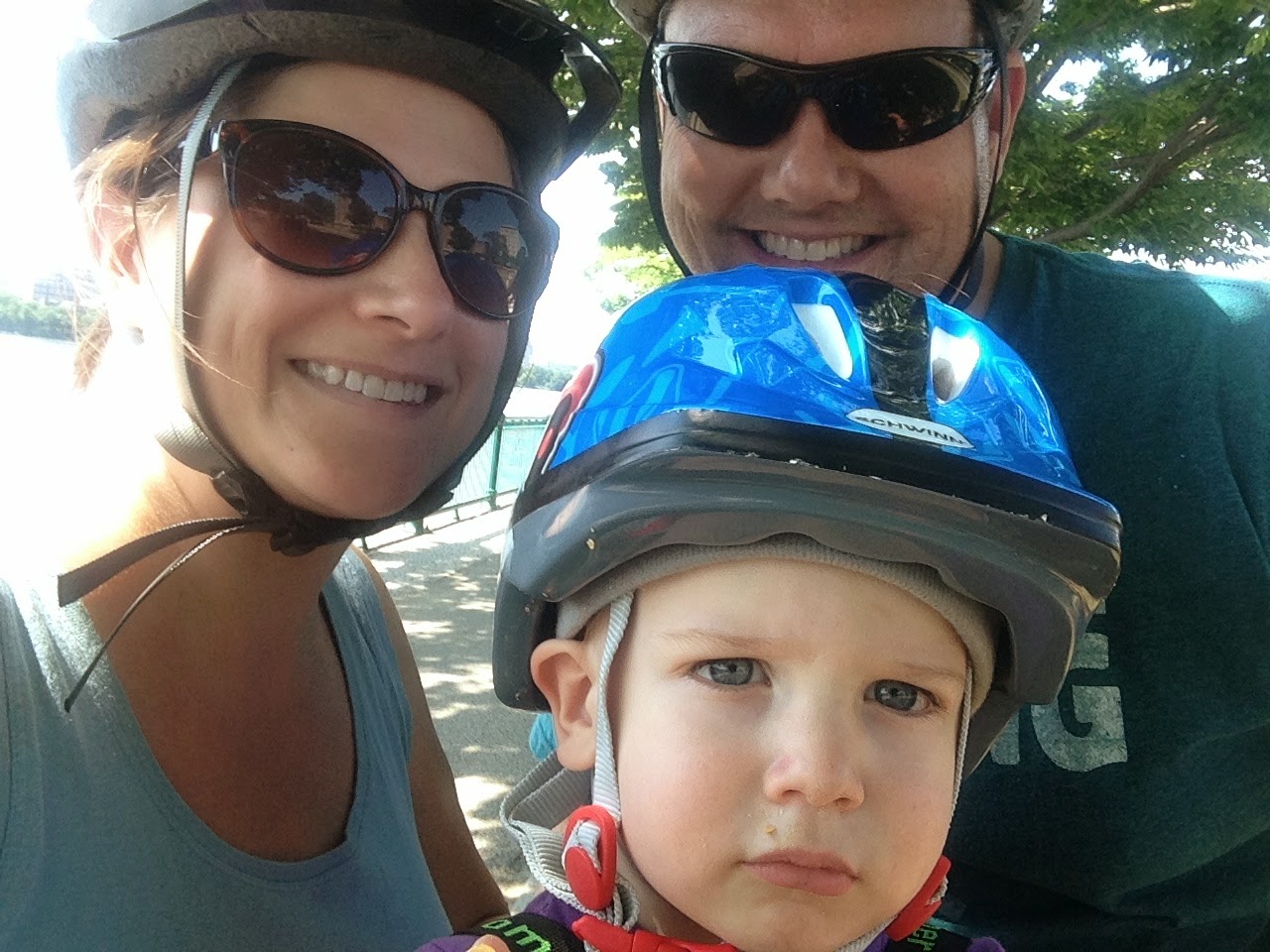 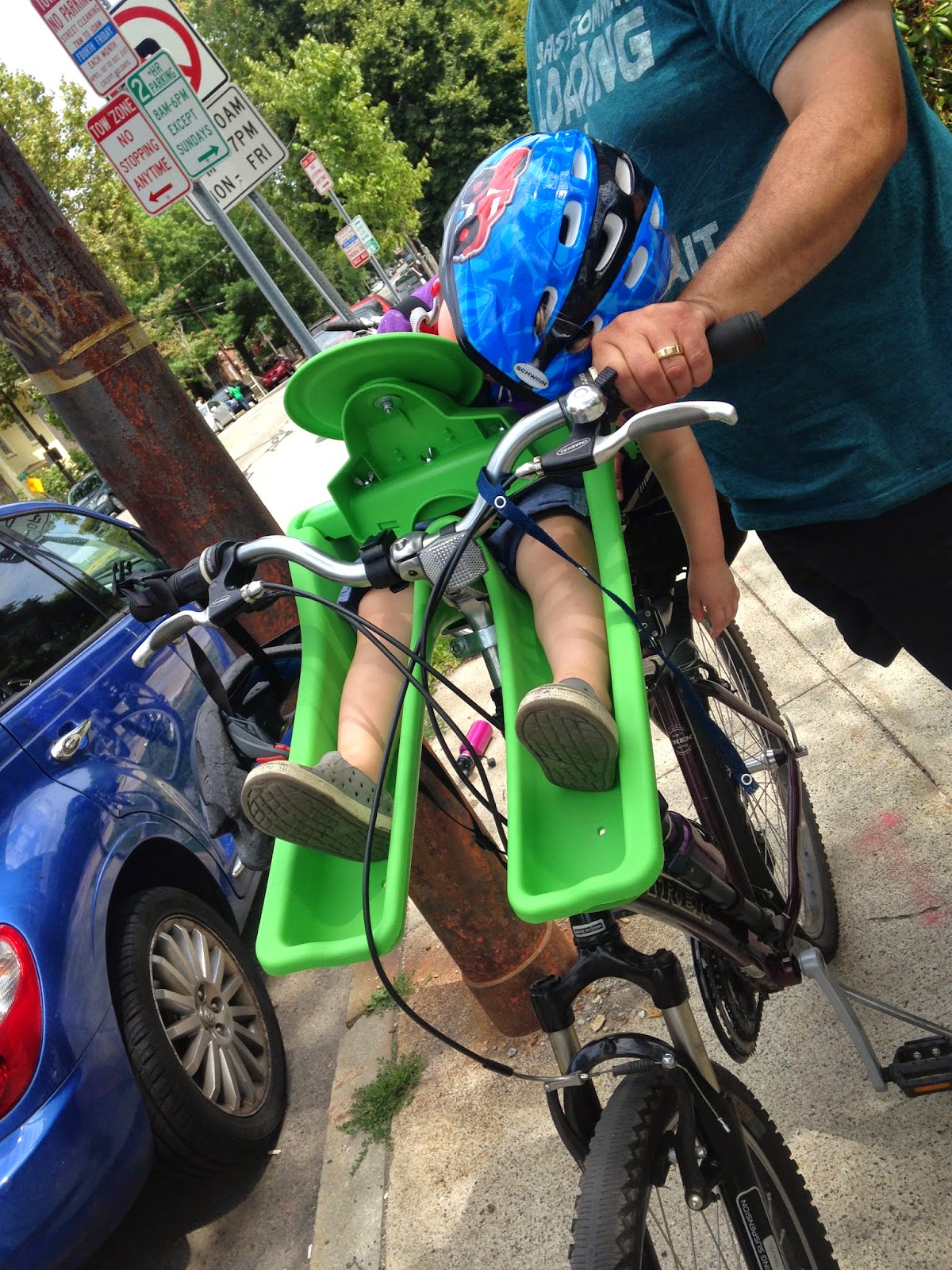 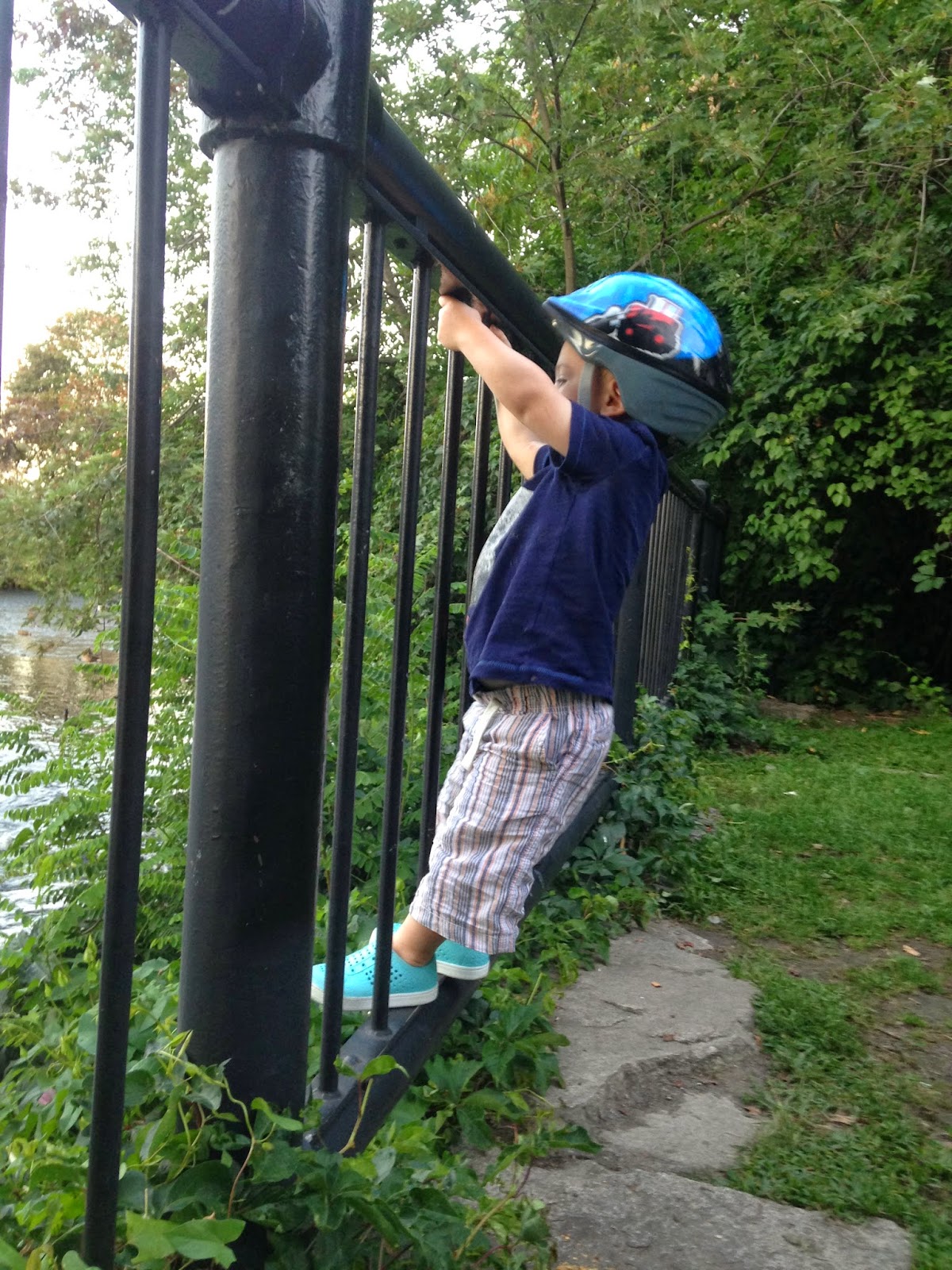 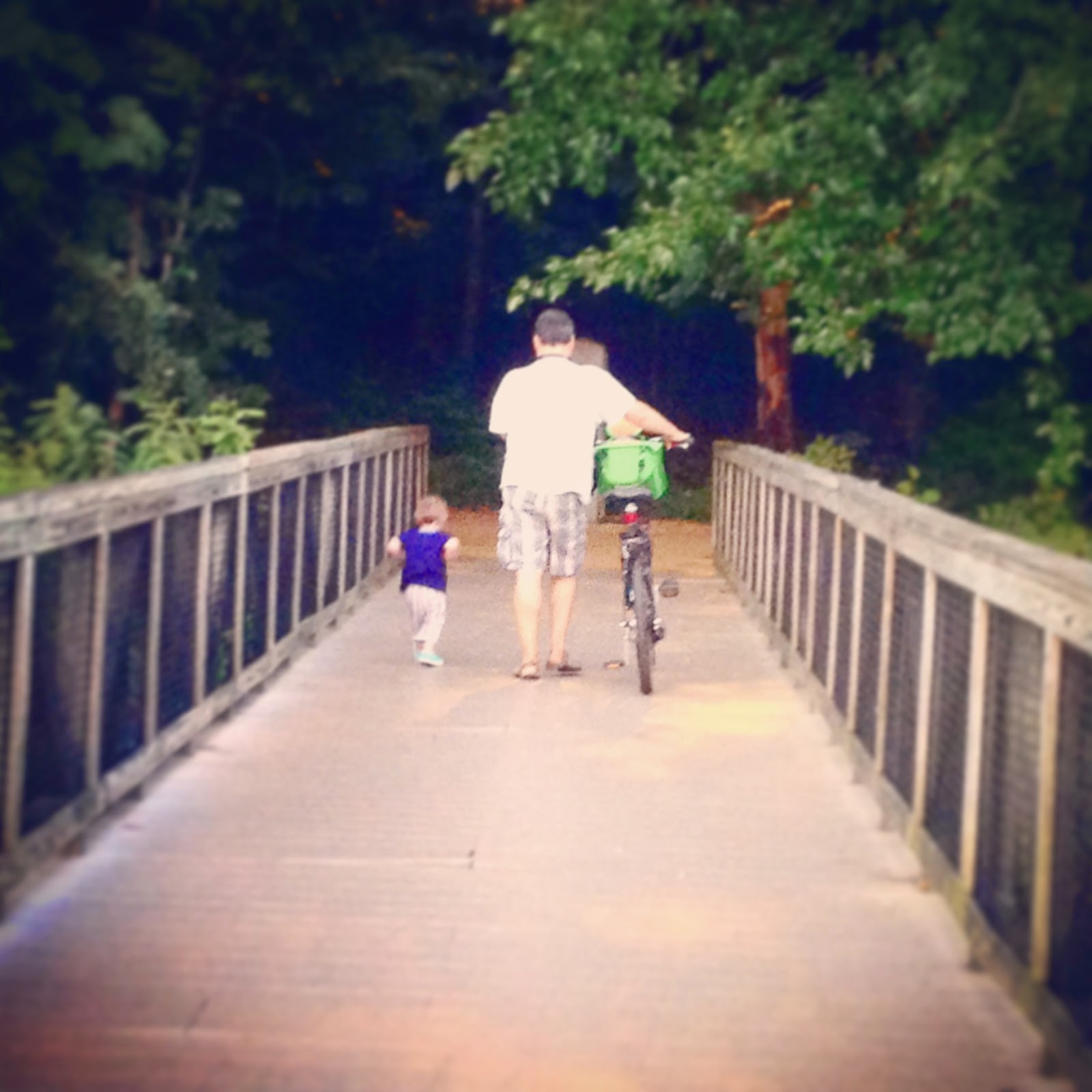 A favorite repeat destination is a local farm and ice cream stand with this signature tractor in the lawn. Leo never got excited about the ice cream, but he was always excited to visit this old vehicle. 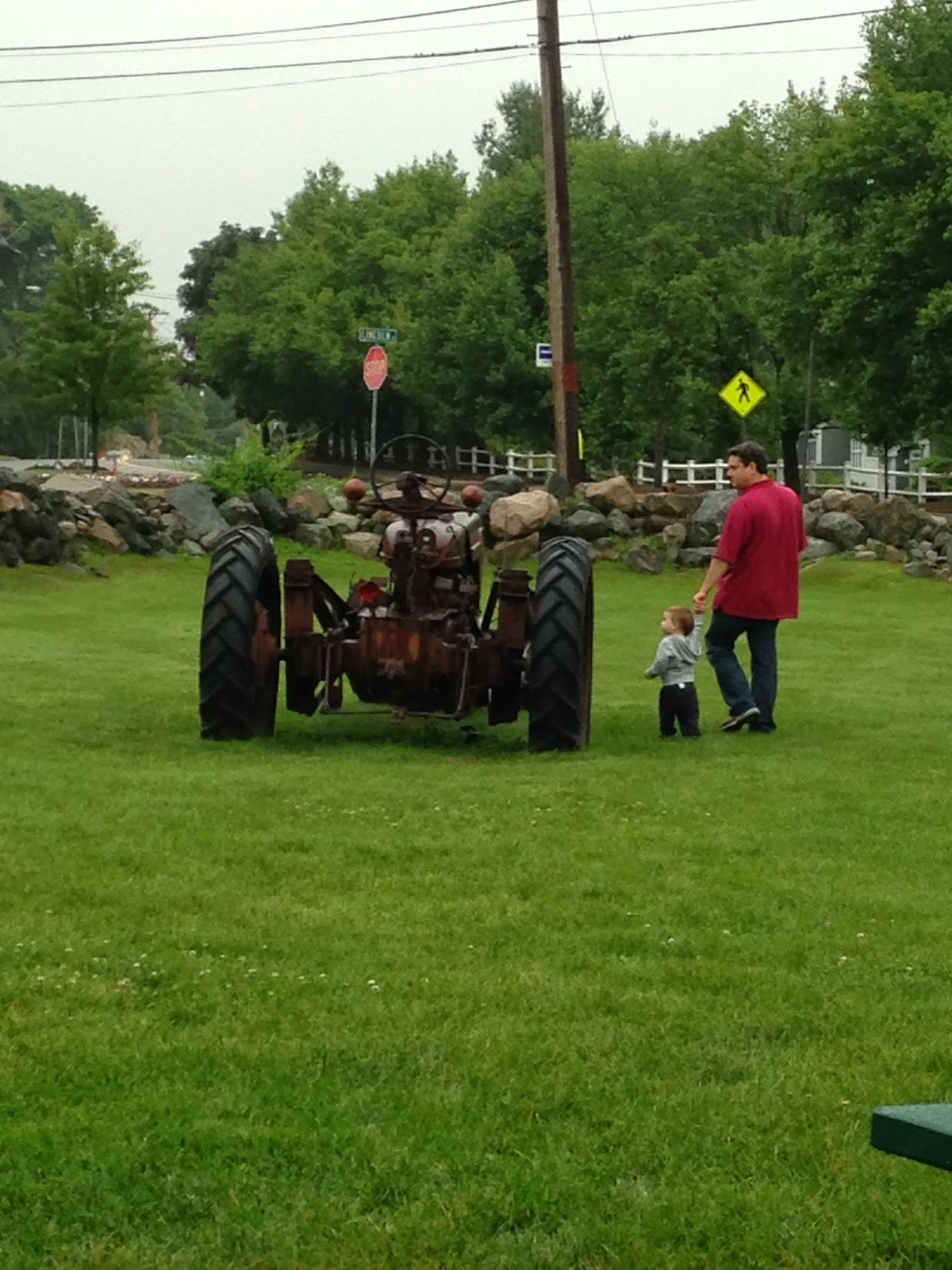 Aside from our many trips to Walden Pond, we did fit in a few trips to the ocean as well. I already mentioned our trip to Revere Beach for the sandcastle competition. We also had a quick stroll there early one Sunday, early in the summer. We closed out the summer with a trip to my favorite beach, Horseneck — which has traditionally been the only beach in the state (aside from the Vineyard) with water warm enough for me to get in up to my knees. I think I mentioned previously that I grew up with a pool...that usually had 85 degree water! The day was over-cast, but we had a great time playing in the sand, and a few waves as well. The lack of sunshine helped to minimize the typical holiday weekend crowds.

And there you have it. That pretty much sums up our adventure filled summer. Though we did fit in one last warm weather water focused outing after Labor Day passed. If you remember, in Part One, I mentioned that we hadn't returned to Beaver Brook since our first visit early in the summer because Leo didn't enjoy the sprinklers. I decided to give it one last try when I heard it was still running during the very steamy week we had immediately after the holiday weekend. This time, it was a huge hit, and I can't wait for summer to start all over again so I can hear some more of those squeals of delight! In the meantime, we will have to look into some fall weather fun to fill out time. I'll be sure to come back and tell you all about it. 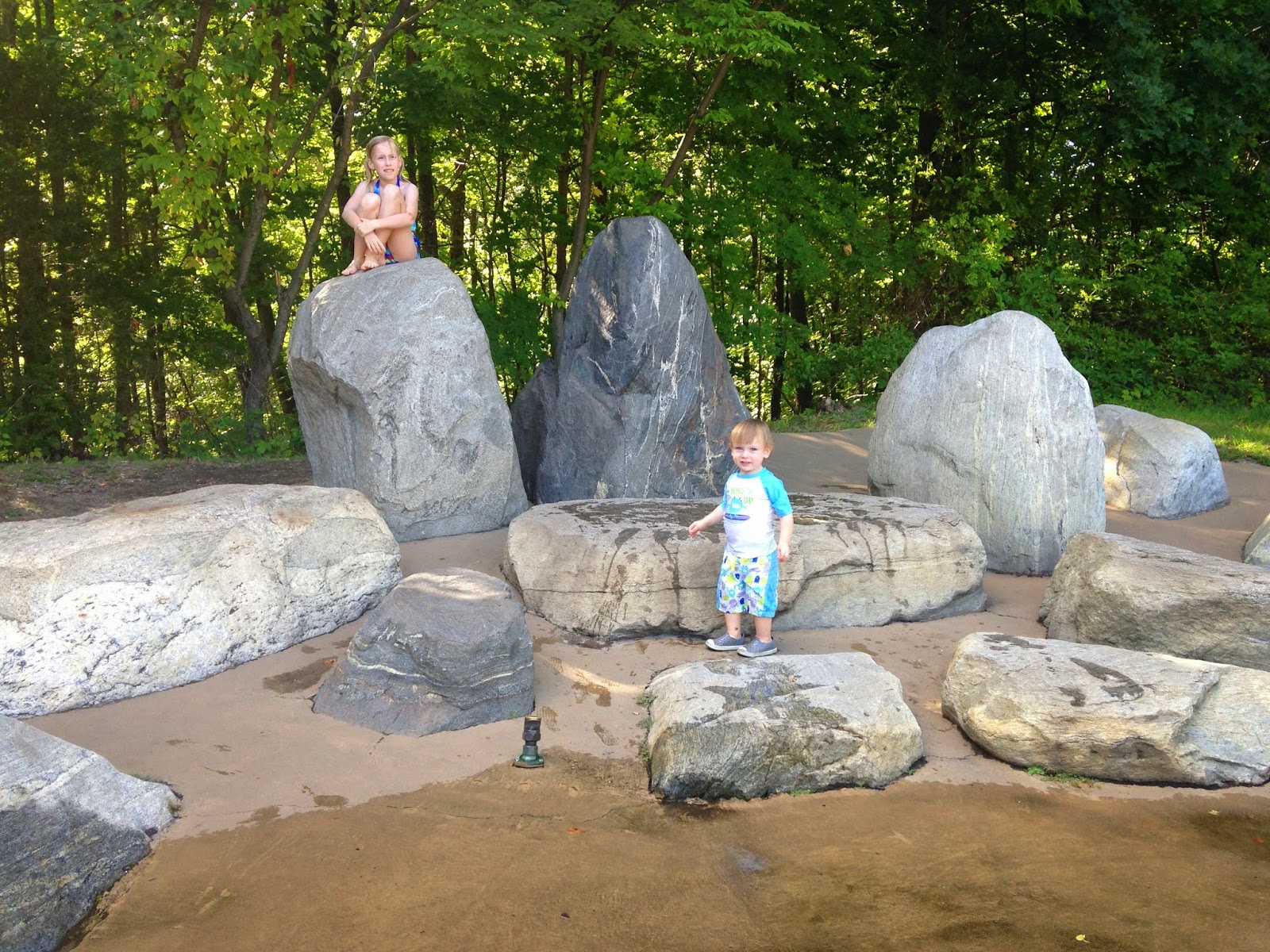 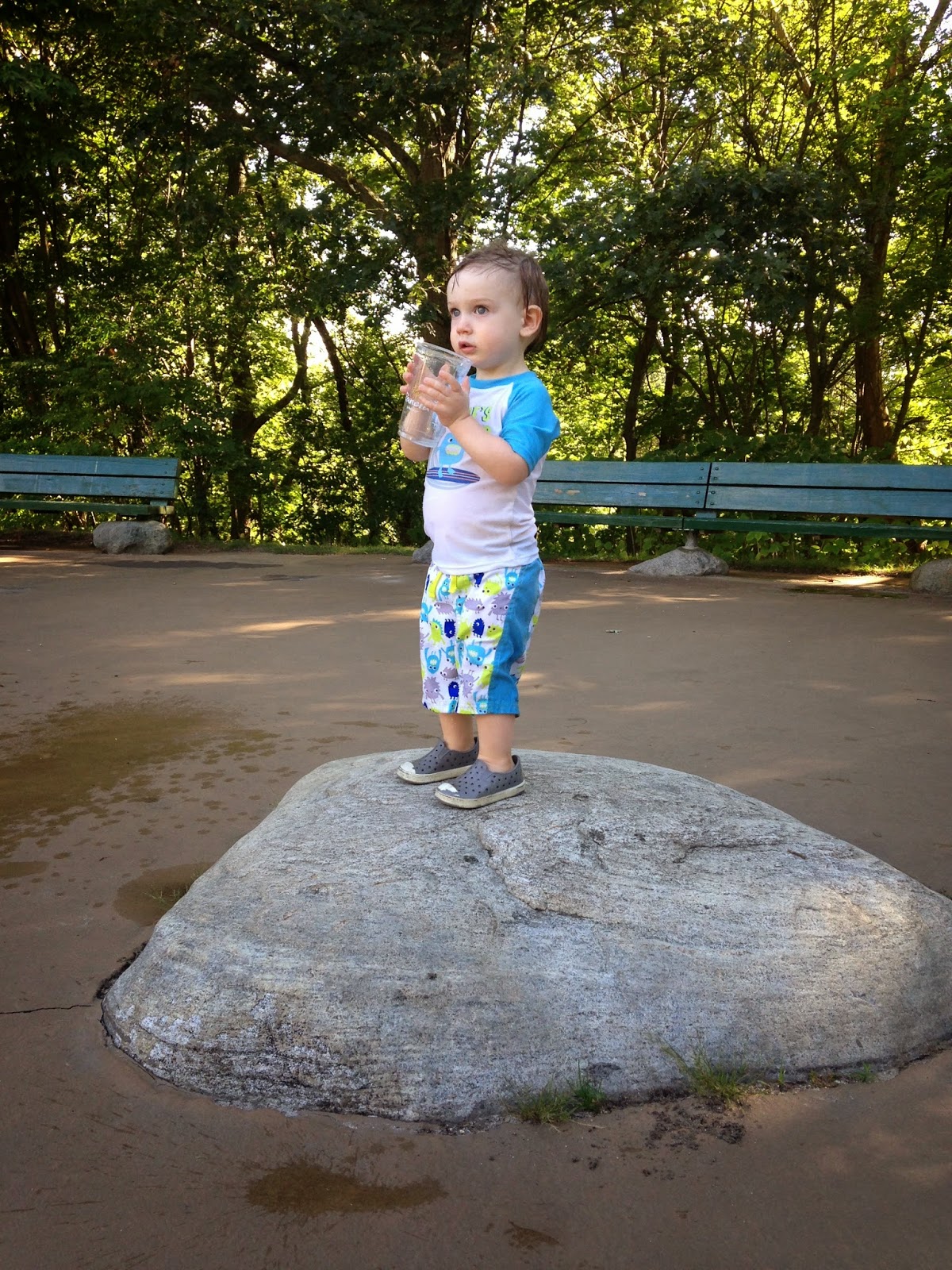 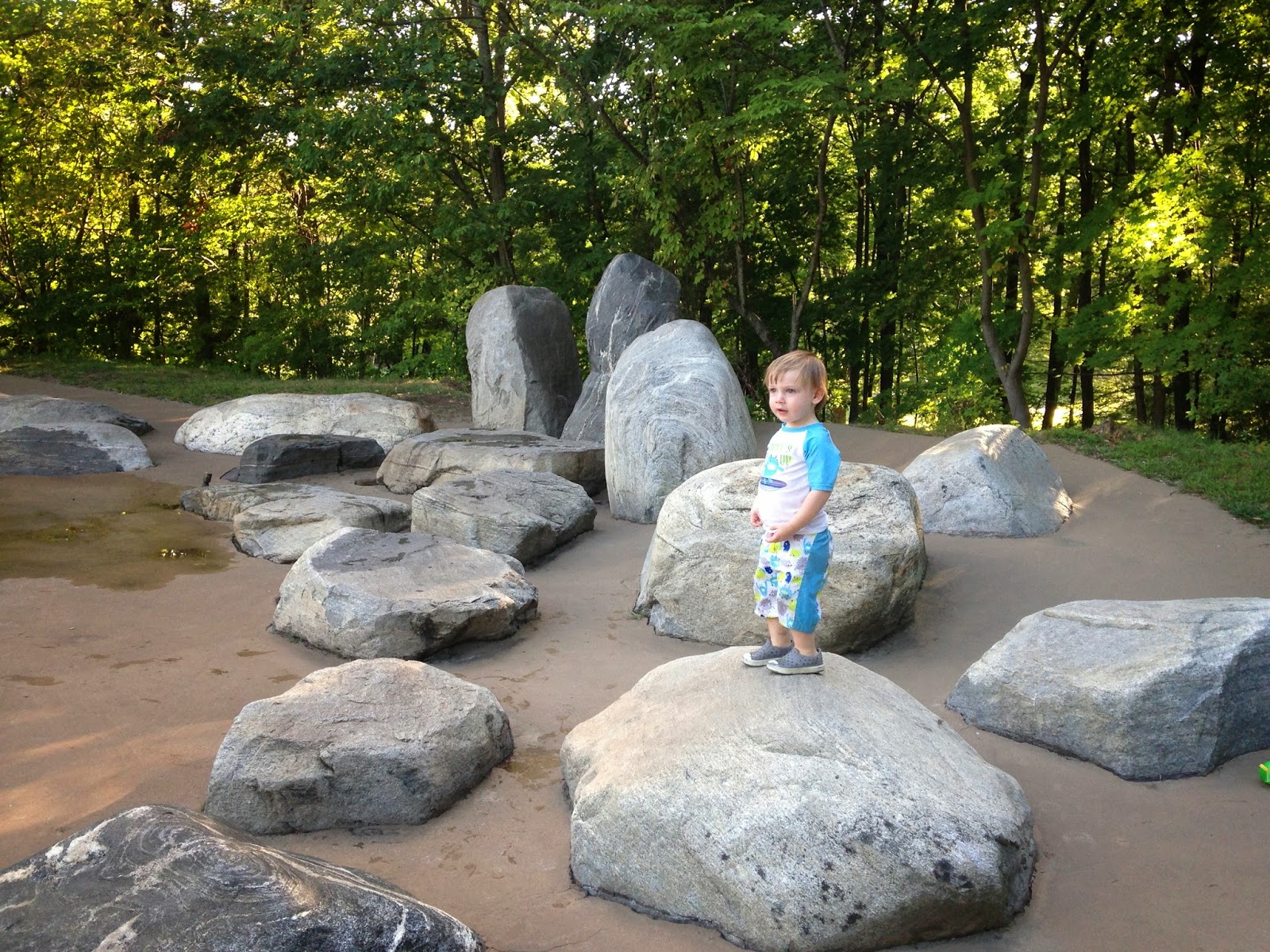 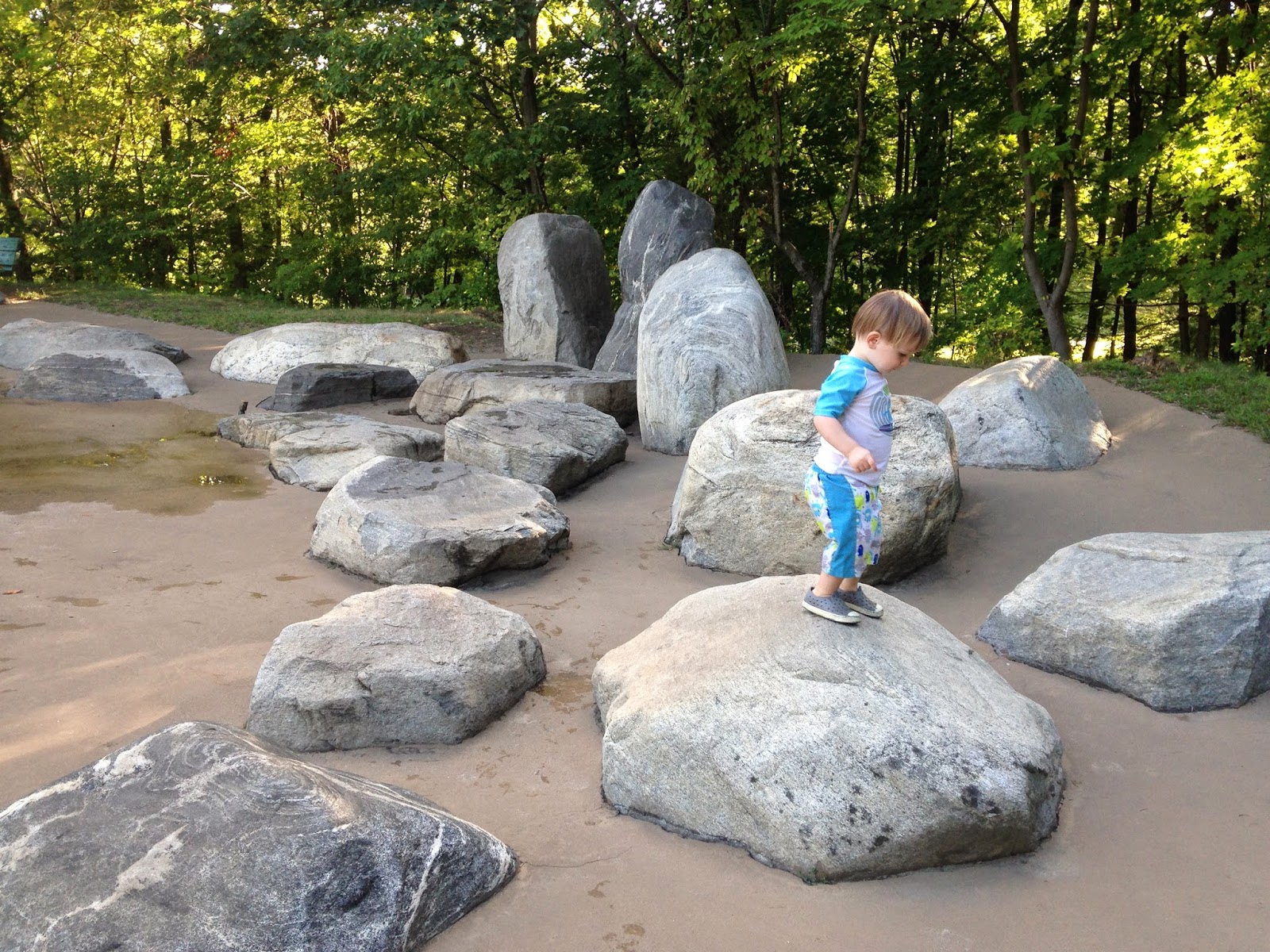 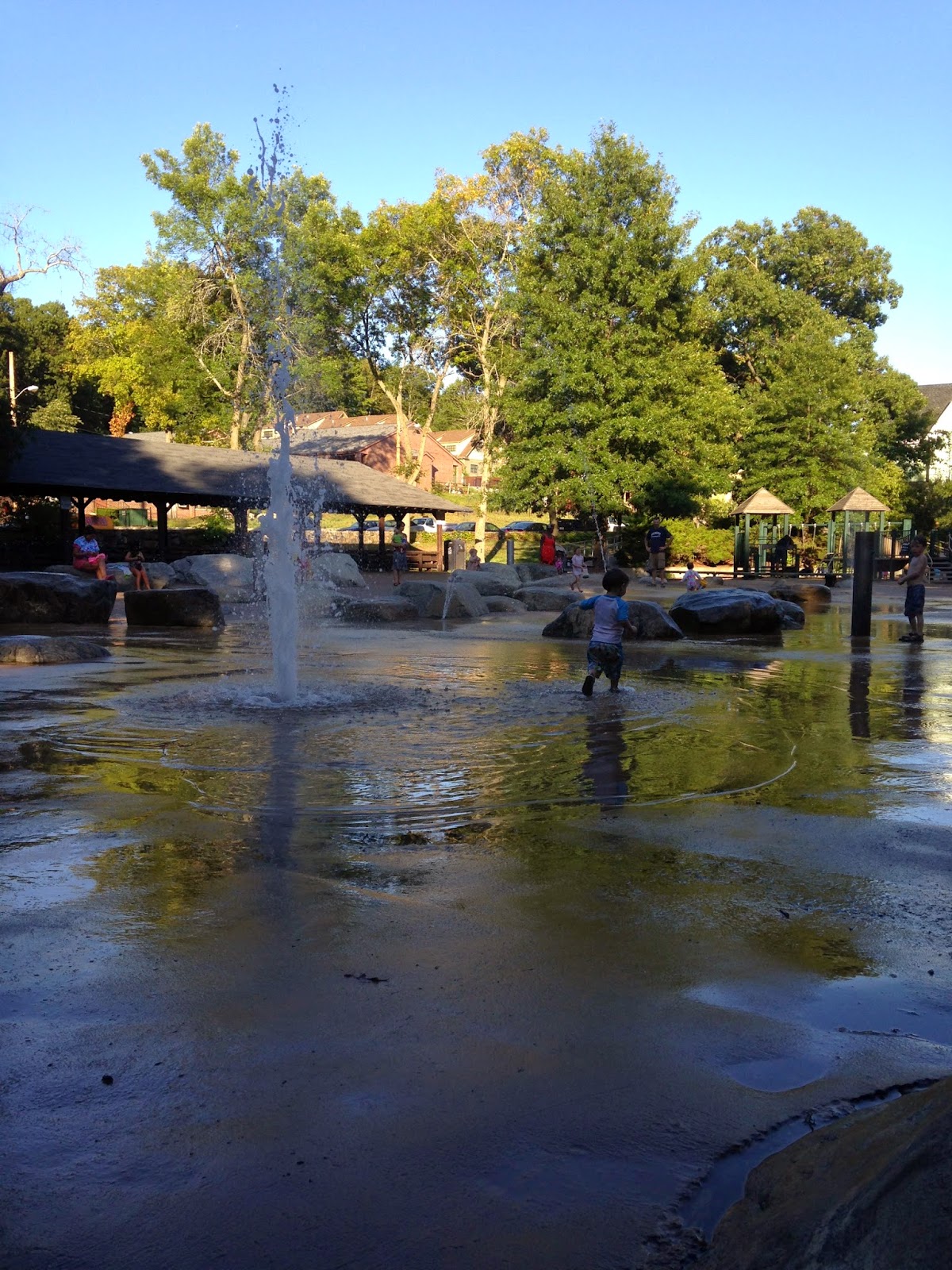 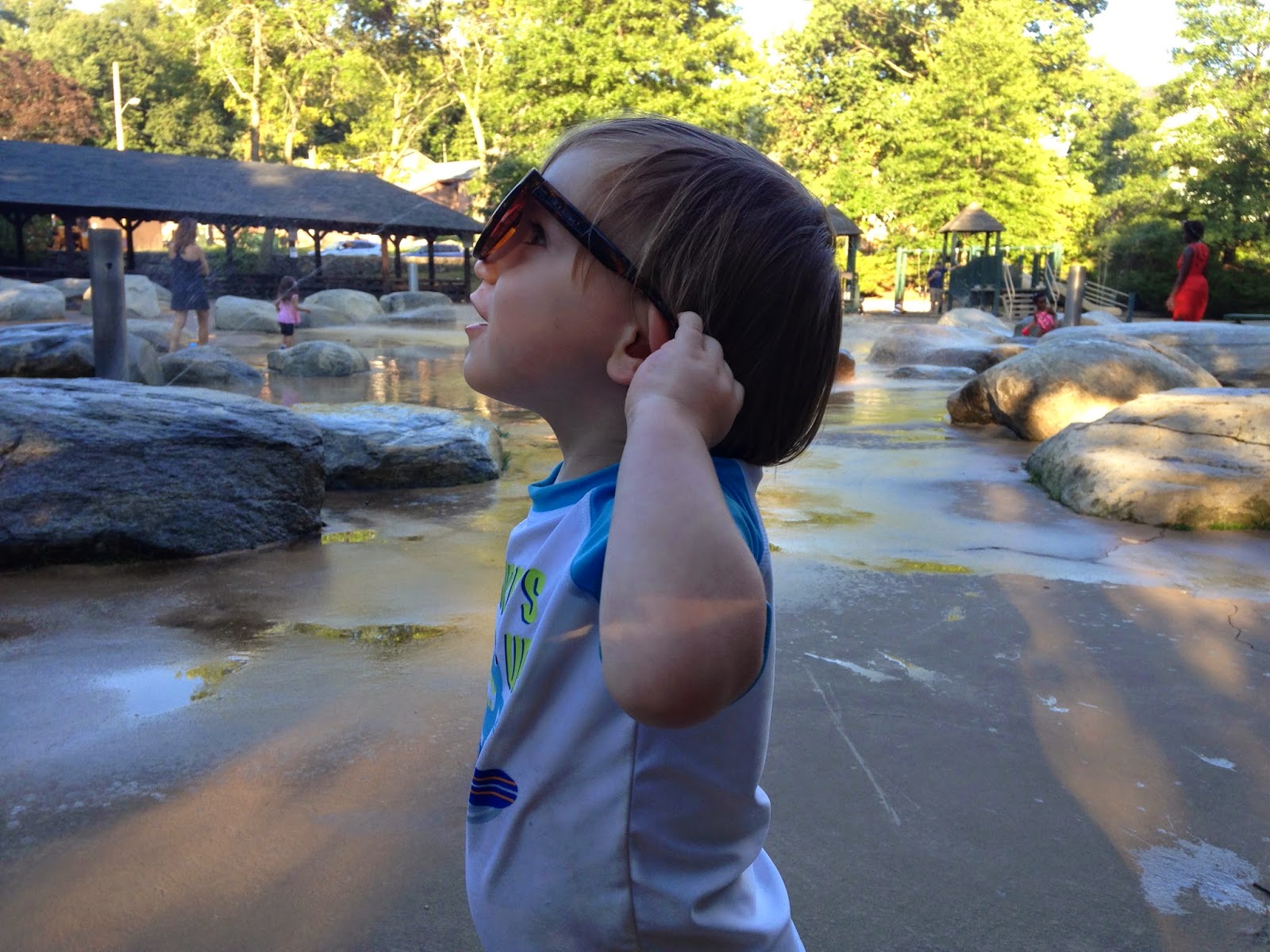 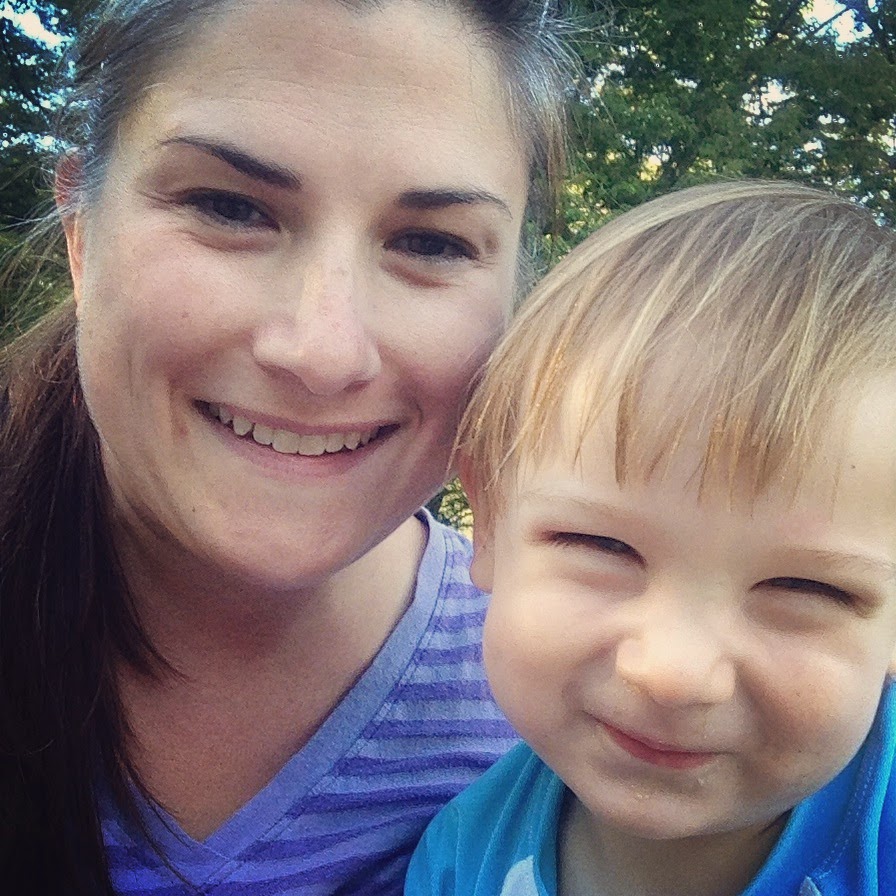