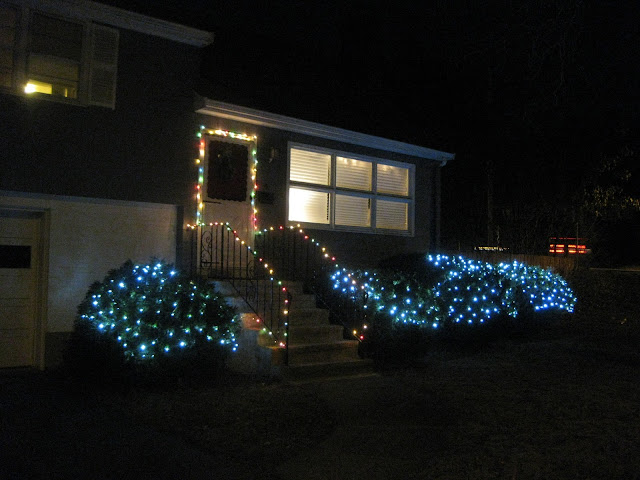 Since we finally own a house, we decided it was time to invest in some lights for outside. We decided on several sets of cool white LED nets to cover the many bushes we have in front. They do tend to look a bit blue, but I like the coolness of the white. And, LED are the lights of the future, so it seemed to make sense. Greg used an older string of traditional colored lights to bridge the porch. Everything turns on from a switch inside the house, thanks to a cool outlet that screws into the porch light socket. 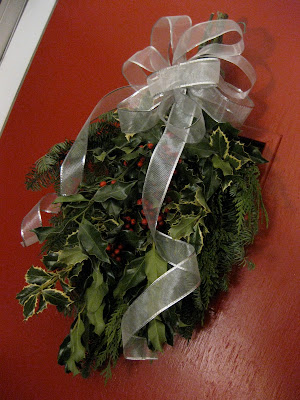 Although my christmas decor tastes tend toward the non-traditional I bought a bunch of greens with red holly berries to match our bright red front door.