Being able to walk out on the deck was a nice benefit of course, but it would be nice not to have to worry about getting too close to the edge. Which meant, of course, that it was time for railings. For various reasons, many of which were budgetary, we elected to use pressure treated wood for the decking. There were some really great PVC products that we liked the look and idea of for the low maintenance aspects, but the fact that they were more than triple pressure treated wood, and that we ultimately can imagine turning this deck into a screened room someday, meaning we'd be covering over the decking anyway, meant that the PVC just didn't make sense. 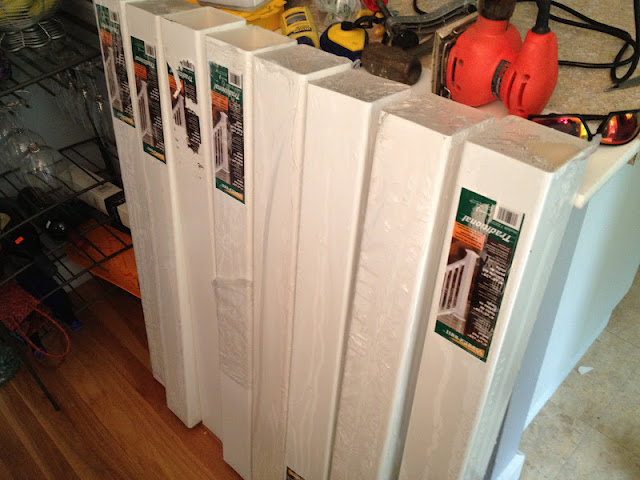 With the railing on the other hand...well, the cost premium wasn't that much more. We always liked the idea of a white railing, but not the idea of maintaining it, having to paint all of those balusters over and over. So, this is where we opted for a PVC product.

Above, you can see the sleeves that slide down over the wood posts that are secured to the deck framing. Each one had a giant sticker label, which of course, was not of the easily removable kind. My job was to scrape off all the labels, which took a combination of a plastic scraper, goo gone, and fantastic to actually get rid of all of the residue.

While I took on that task, Greg investigated how the system snapped together to figure out his plan of attack and to make sure he was satisfied from the stand point of a structural engineer. 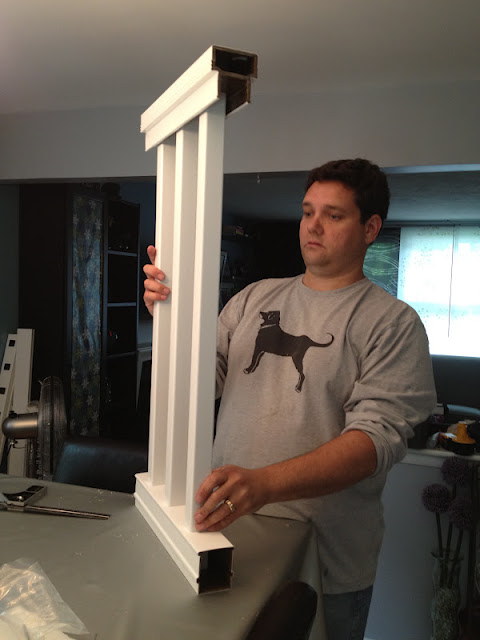 He also managed to make a great mess of the kitchen and dining room will all of the parts and pieces and tools that were required for this portion of the work. Since the deck didn't have stairs yet, he swore it was easier for him to do all of this in the house on the level of the deck. 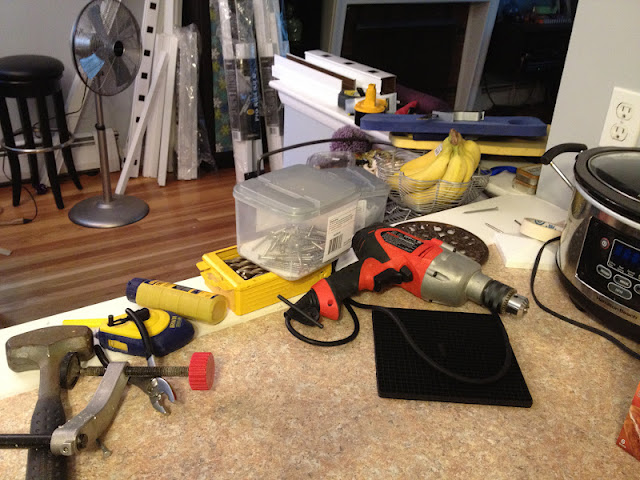 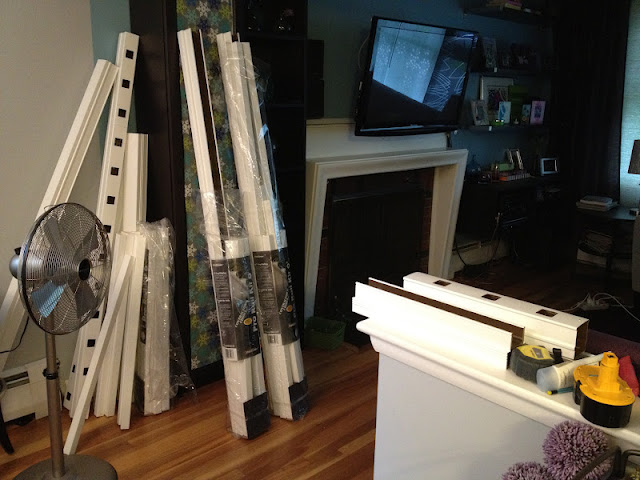 You can imagine that I was a little less than thrilled with the sliding compound mitre saw living on the floor of the dining room for a week! Such is the life of a DIYer I guess, right? I eventually convinced him to leave that set up in the garage. 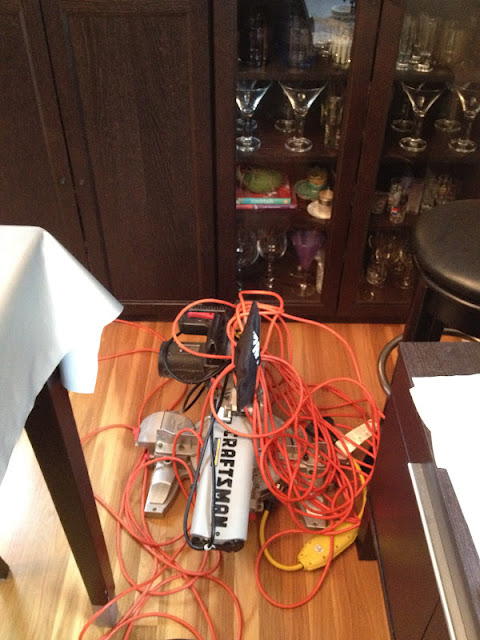 The railings went up a few sections at a time, and we were extremely pleased with the result. We were also final able to start really enjoying the deck with our little table for two. 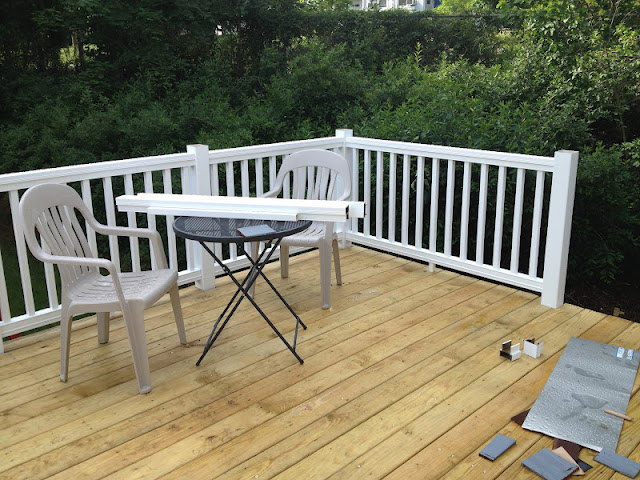