In my last post, I shared just a few of our Sparkling Summer Adventures. I realized as I was writing, that we had so much fun this summer, one post just wasn't going to cut it. So, without further ado, here's the second installment.

Because I became so enamored with Walden Pond (how can you blame me...I could sit in the water and be happy while Leo played in the sand at the edge. Heaven!) we didn't make it to as many of the cool local splash pads in our area as I would have liked. We took one trip to Beaver Brook Reservation, which has a great playground and sprinkler park, with sprays of water mixed in with giant boulders. But, Leo was not very into the sprinklers this summer. He didn't seem to know that he could run away from the stream of water. Instead, he would freeze in place and get an exasperated look on his face. Let's face it, half of the reason I go to these places is so I can get wet too. So once I discovered he was comfortable at the pond, that was the destination of choice. Last week, however it was a very hot day. We had just been to the pond, and I had one more splash pad on my list to check out. The Artesani Playground right on the Charles River. Again, within twenty minutes of my house. I had been told that this wading pool had a graduated entrance, similar to a beach, and the water sprays only in the center, so it's easy enough to avoid. Add in the scenic location along with river with geese and kayaks to watch and rocks to throw, as well as to playgrounds, and you've got a mini toddler heaven. Leo probably most enjoyed throwing rocks into the river, but he did make a few friends by sharing his toys in the pool. 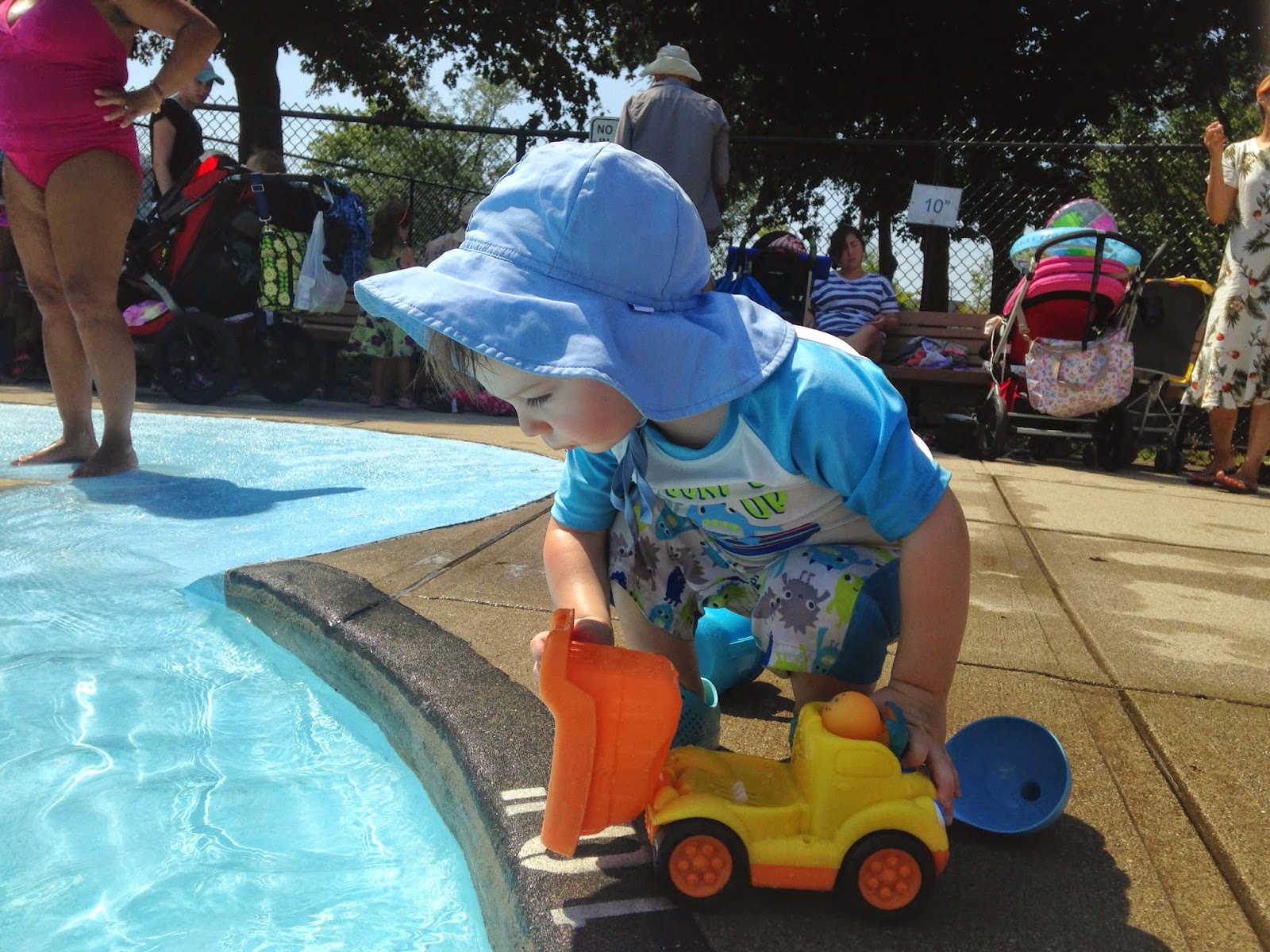 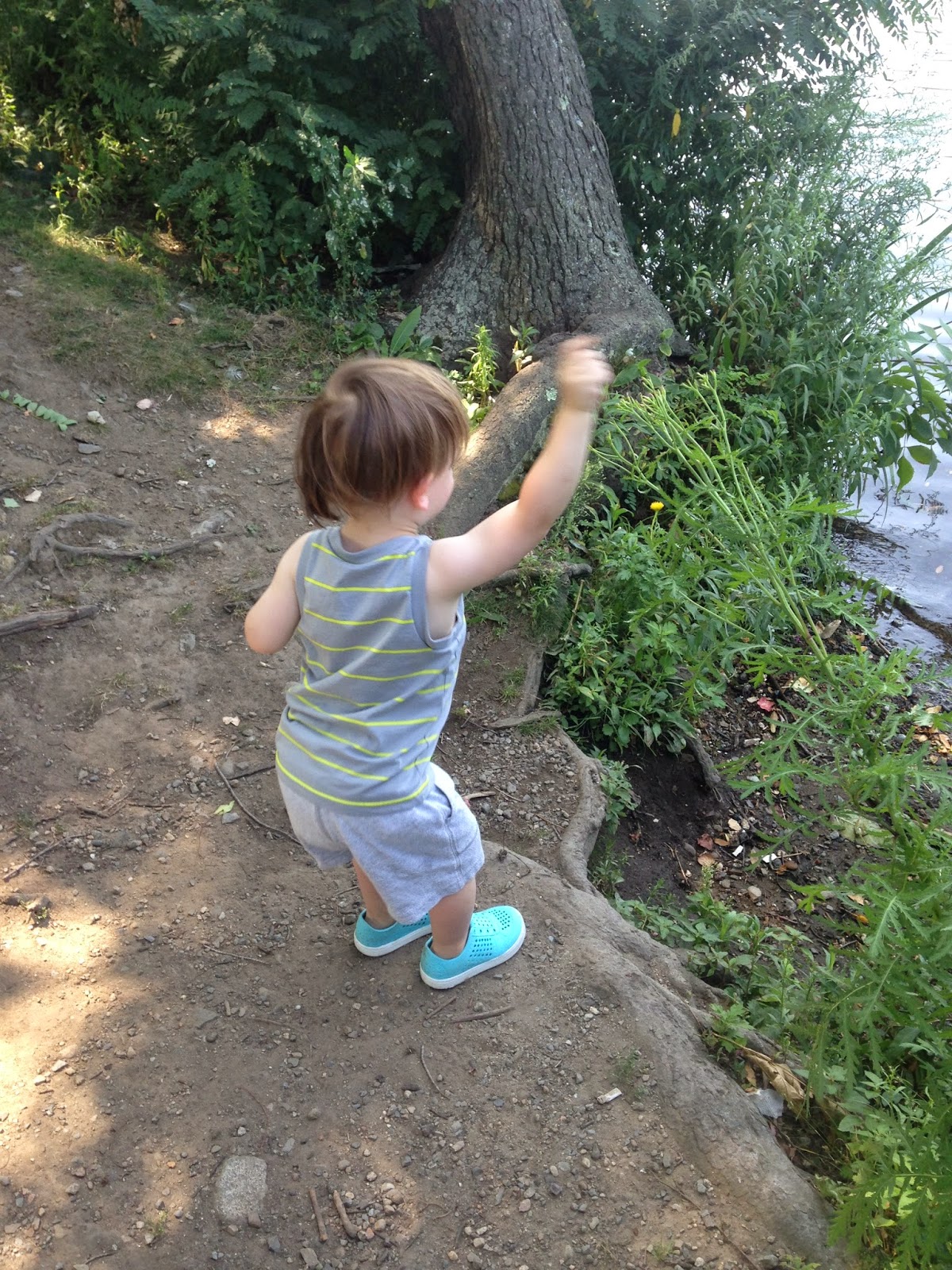 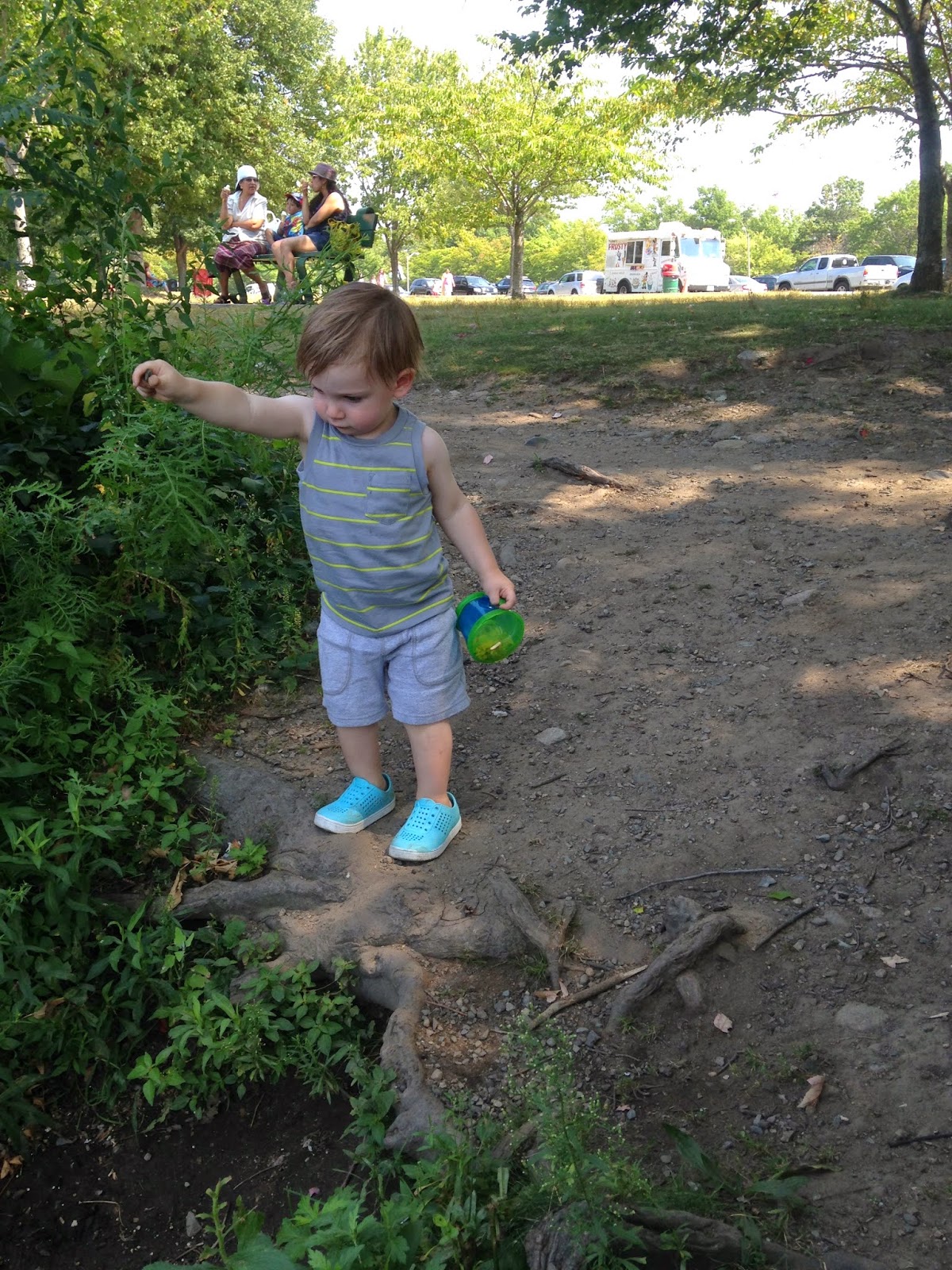 Another event we happened upon last minute through the wonders of FB friends, is the Middlessex County 4H Fair in Westford. This was a charming little event that was not overly crowded, and had tons of activities geared toward children. Leo rode a school bus shuttle from the parking lot, got a balloon monkey from a clown, went in a bouncy house, watched a rabbit race (Lady Go Go was the winner), and rode a pony. And of course, we saw plenty more sheep, cows, pigs, chicken and horseys. I will definitely keep my eye out for this event next summer. I think it is traditionally one of the last weekends in August. 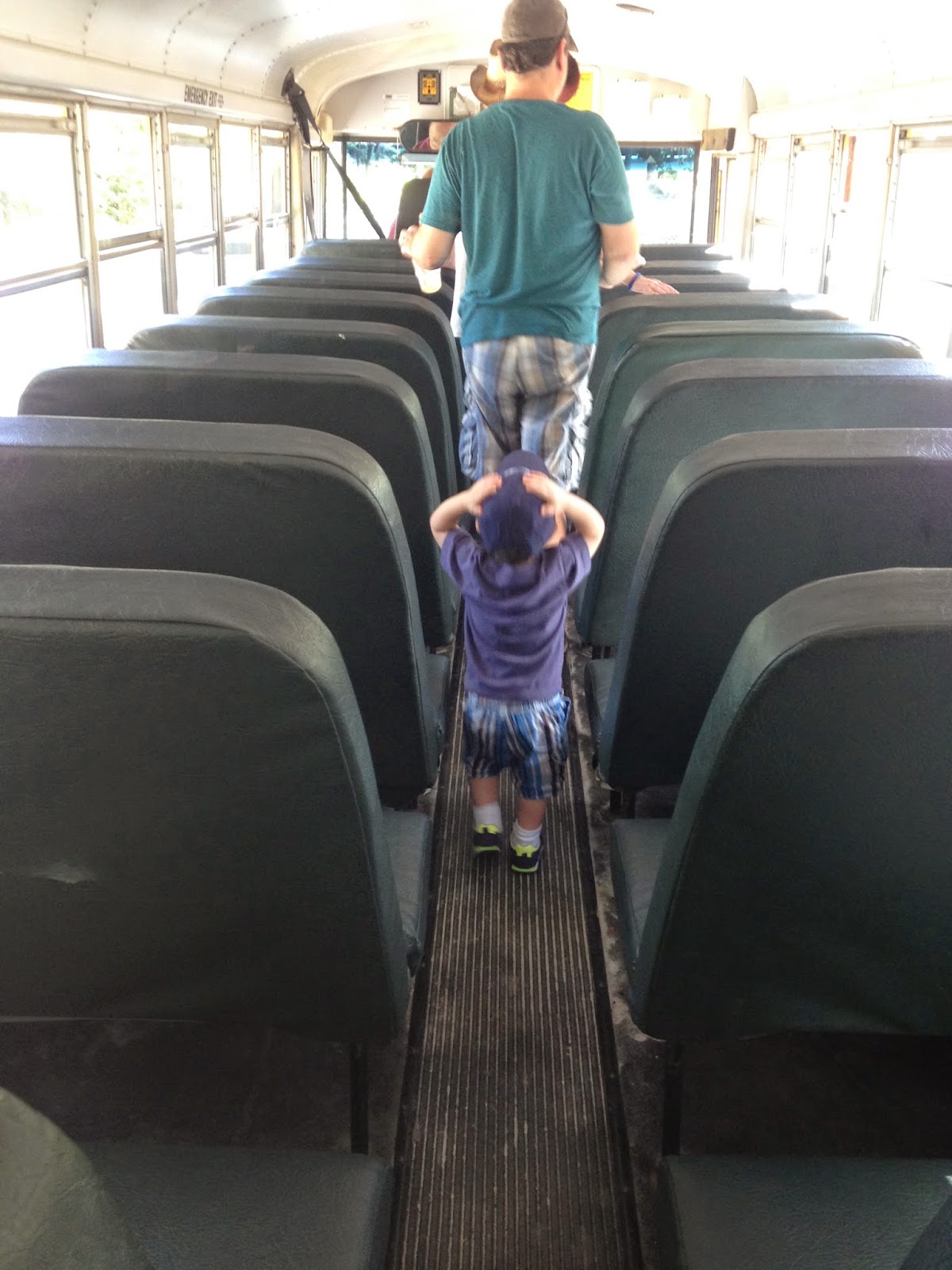 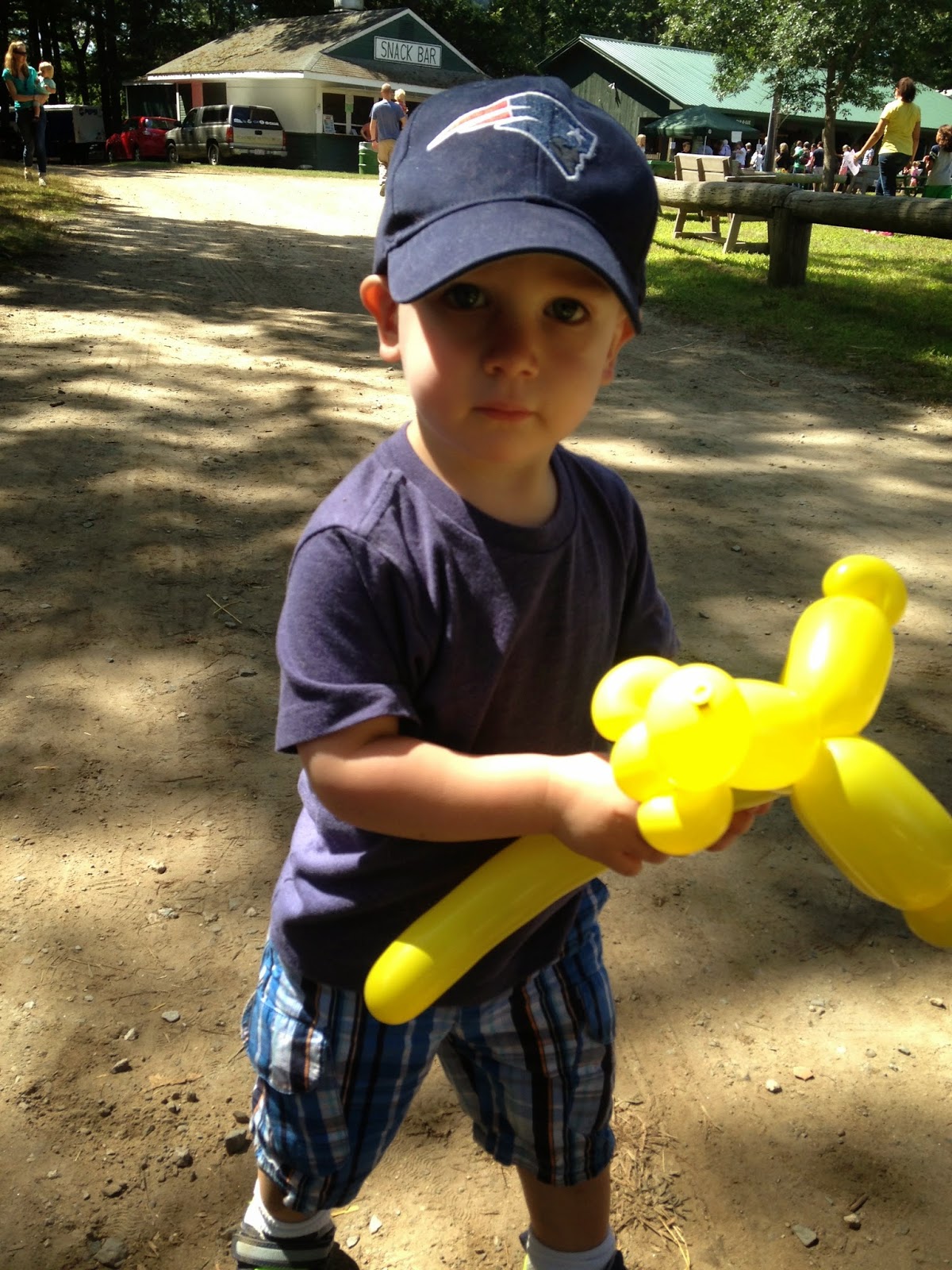 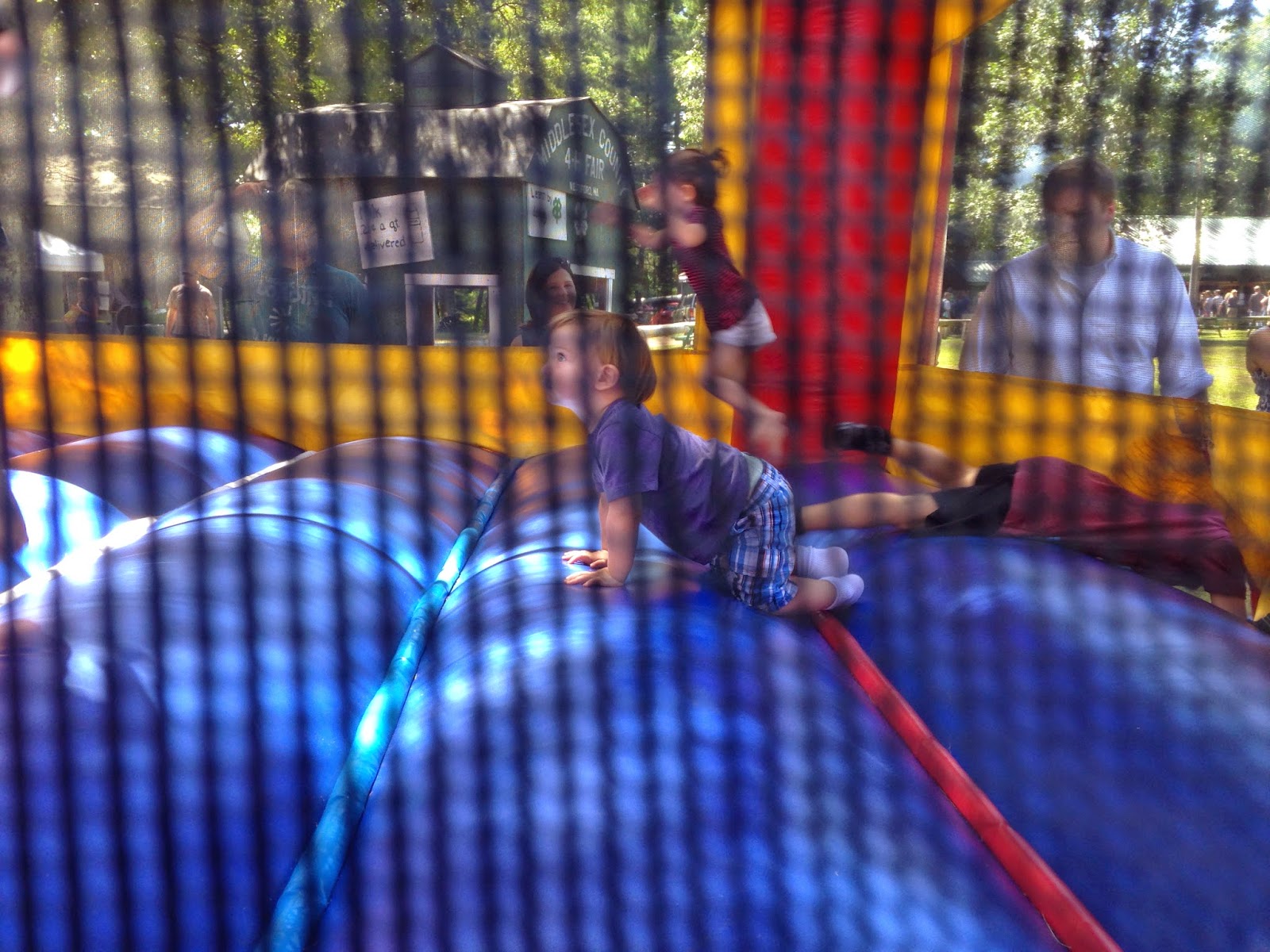 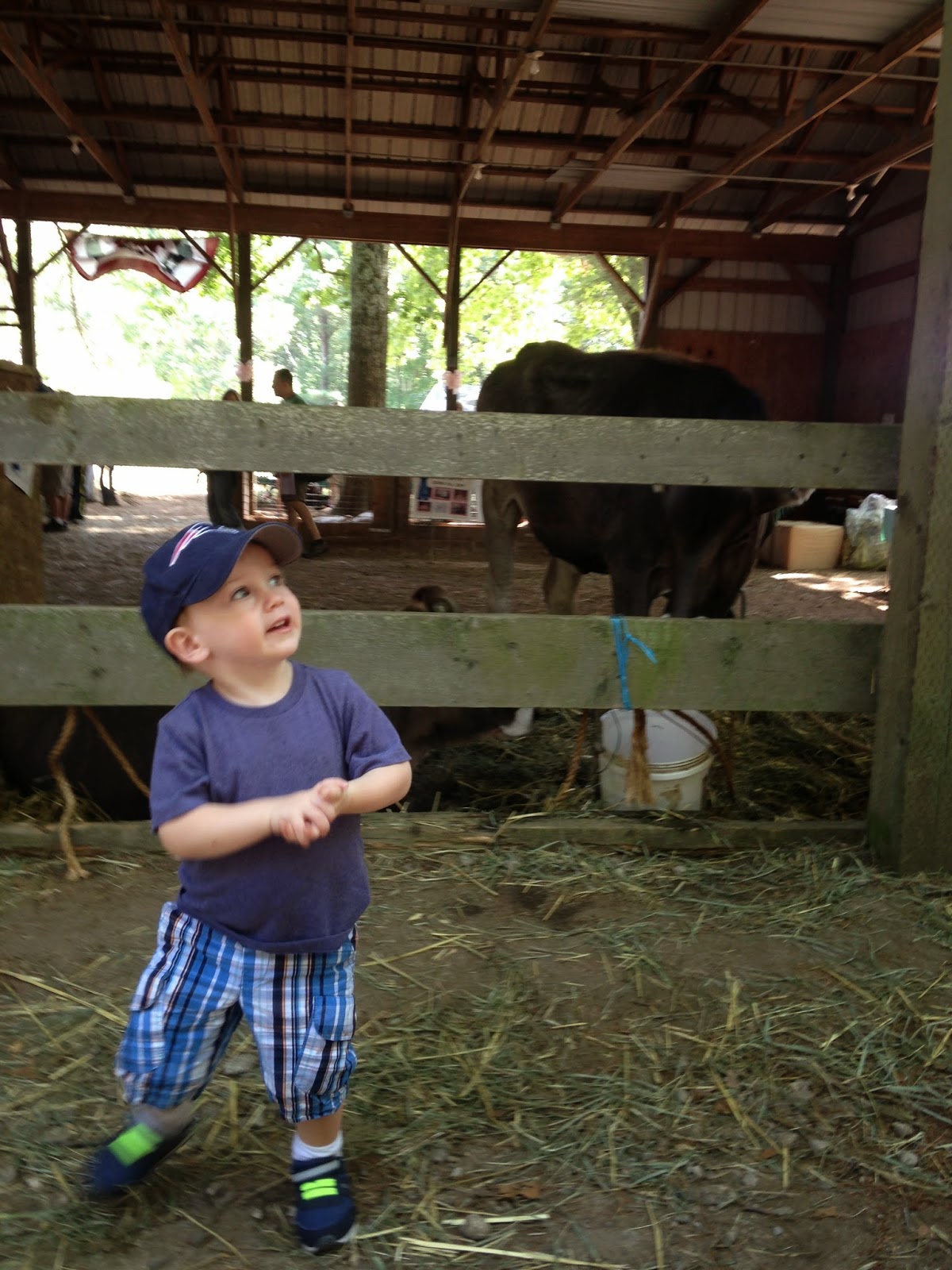 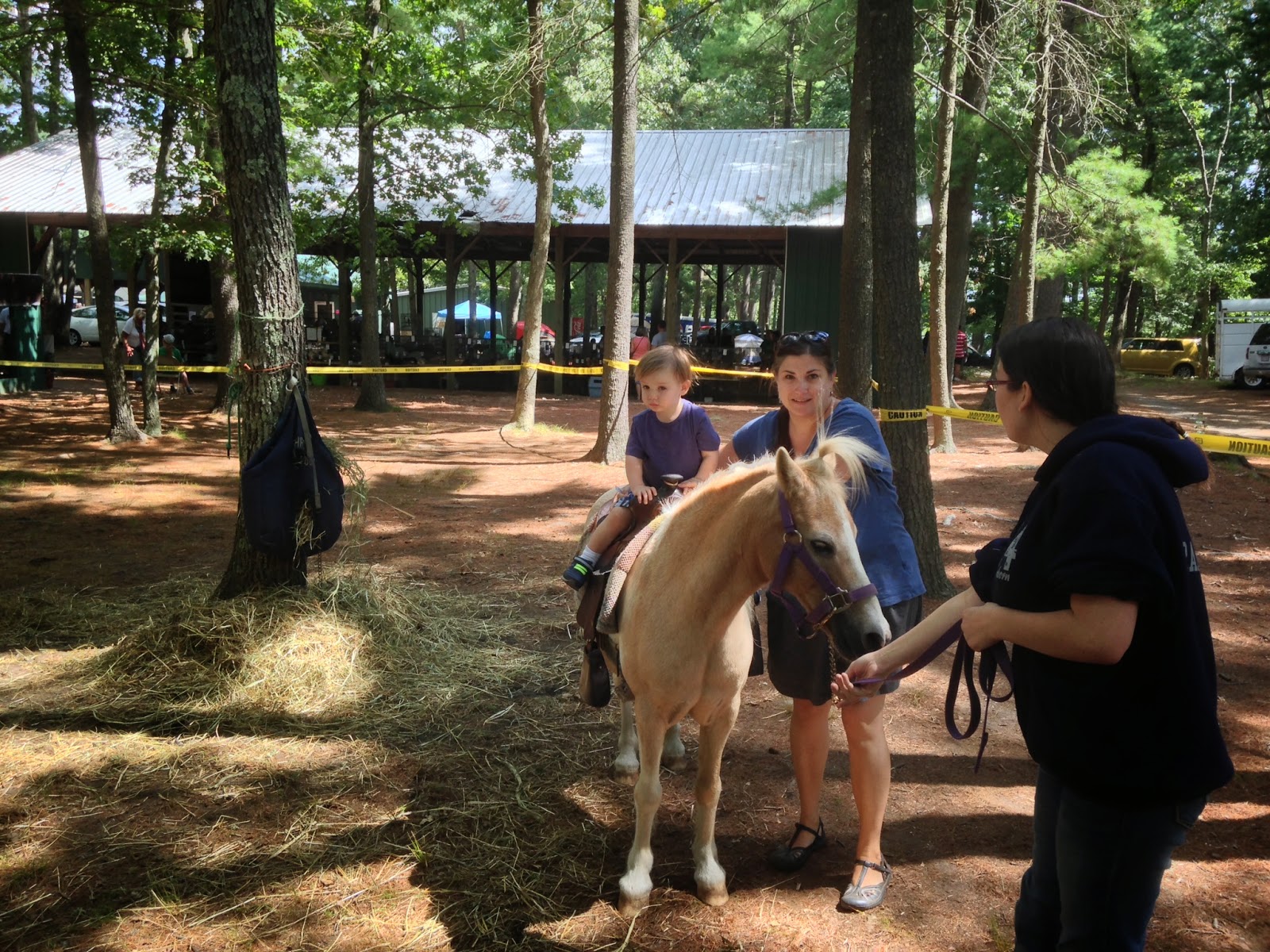 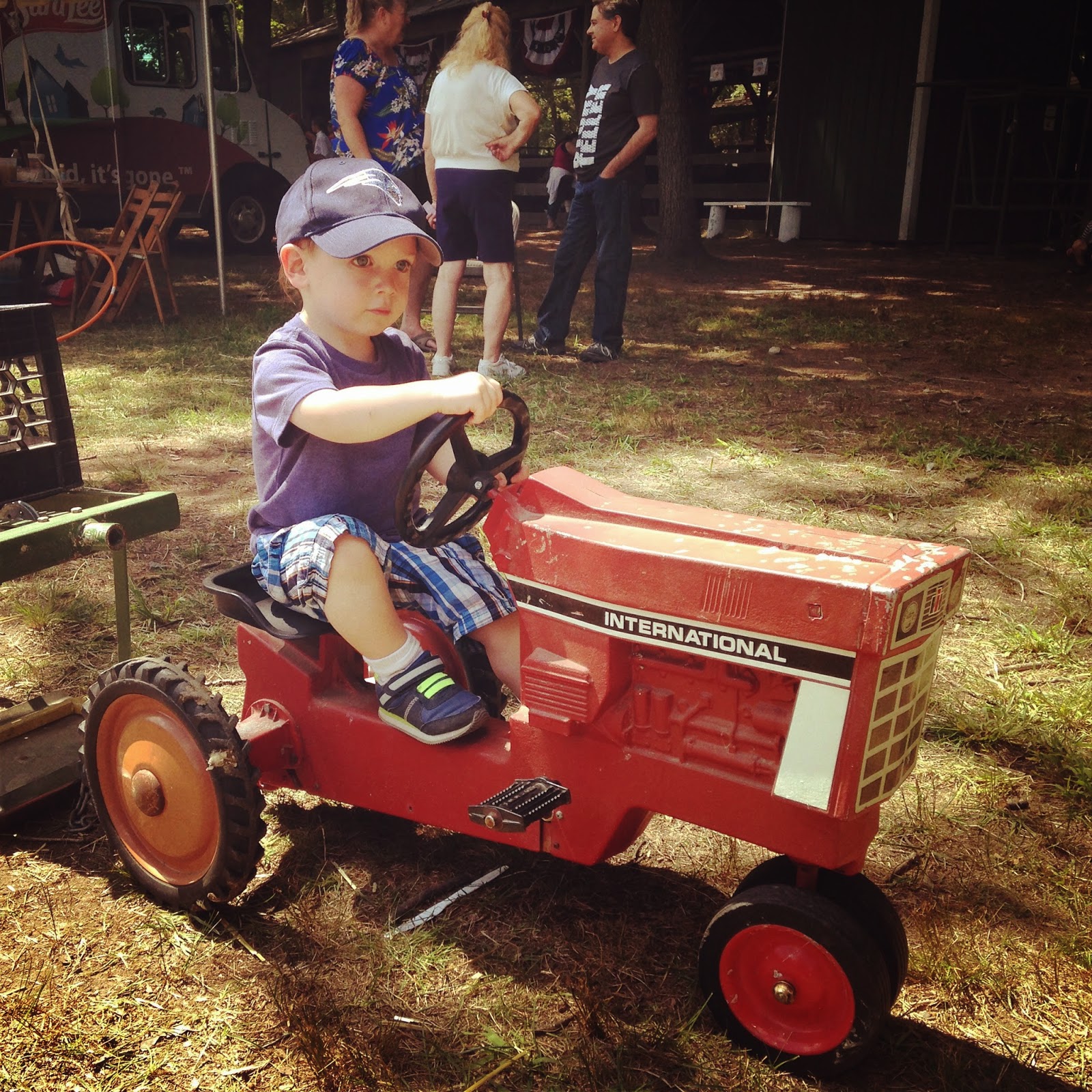 A favorite destination any time of year, is the Boston Children's Museum. Leo and I spent a few fun Saturday mornings there while Greg had to work. While it's a great rainy day destination, we really enjoyed hanging out on the waterfront outside as well, eating our lunch, people watching, and of course...climbing. I never quite know what exhibit is going to grab Leo's attention during a given visit. One of our visits happened to be during Critter Day. There were several therapy dogs on sight. This was a great opportunity for Leo to get to know some very calm and friendly dogs. He's always been excited to see doggies, but when the reality of getting close enough to pet them sets in, he usually shies away. 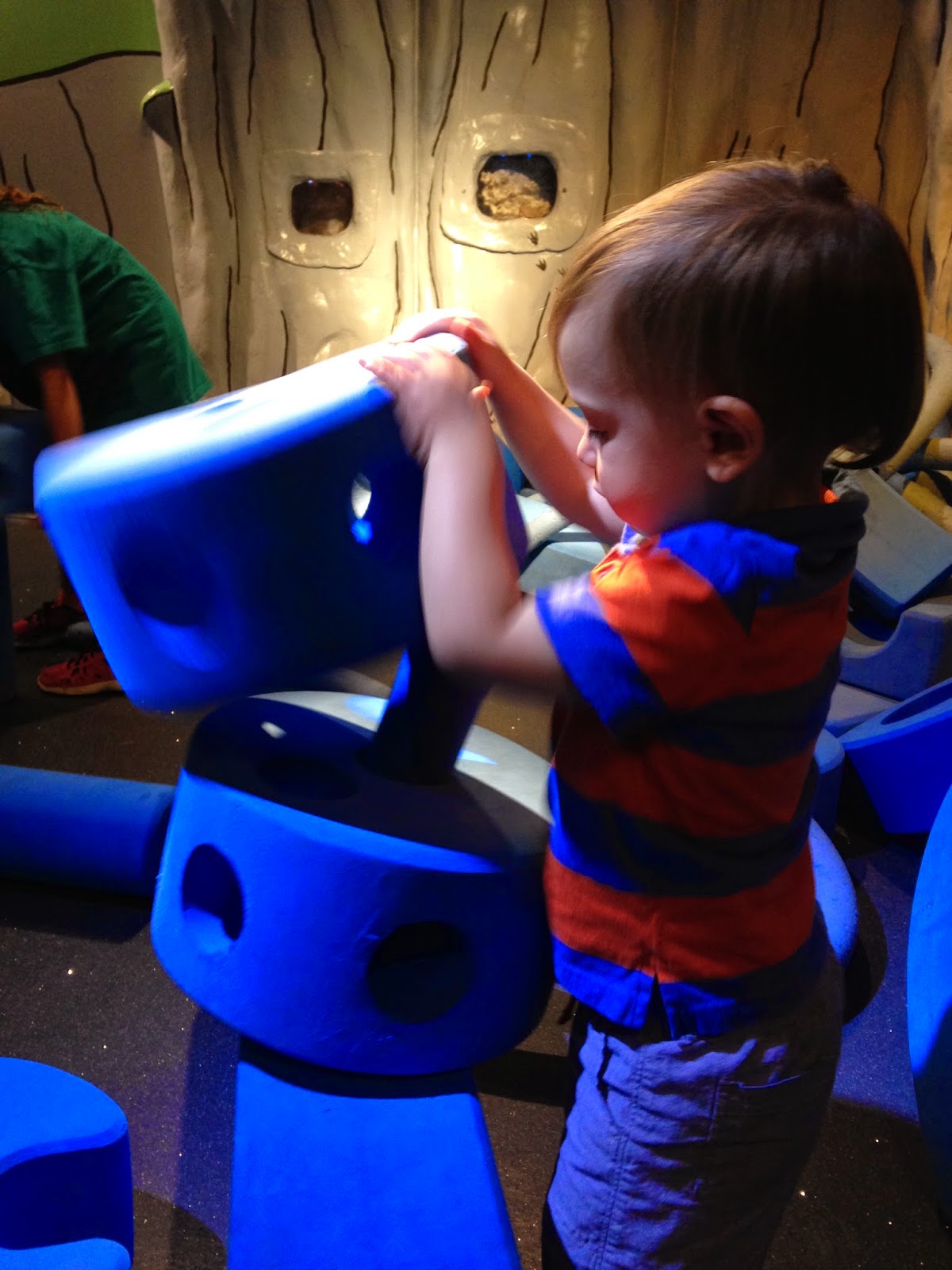 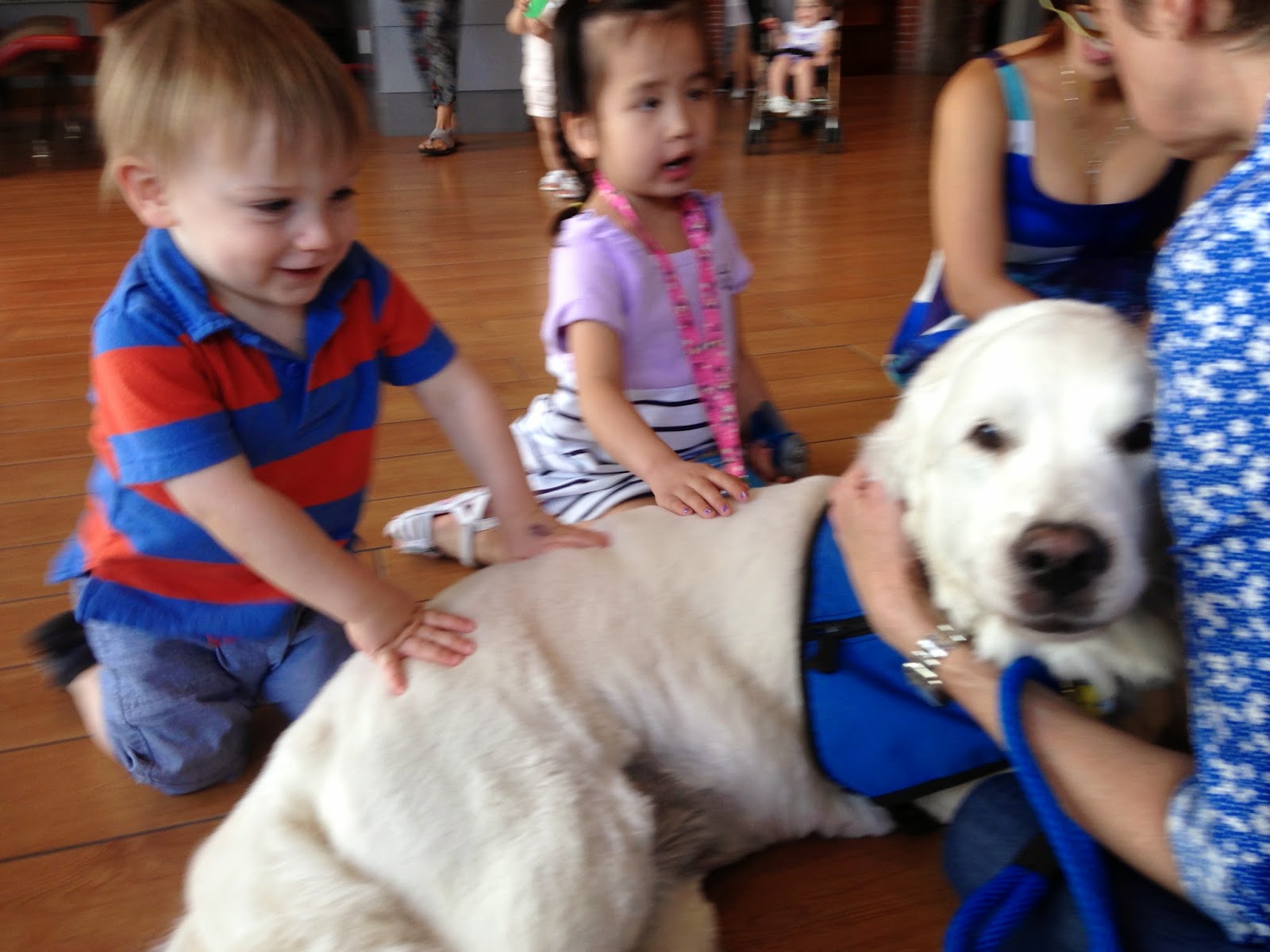 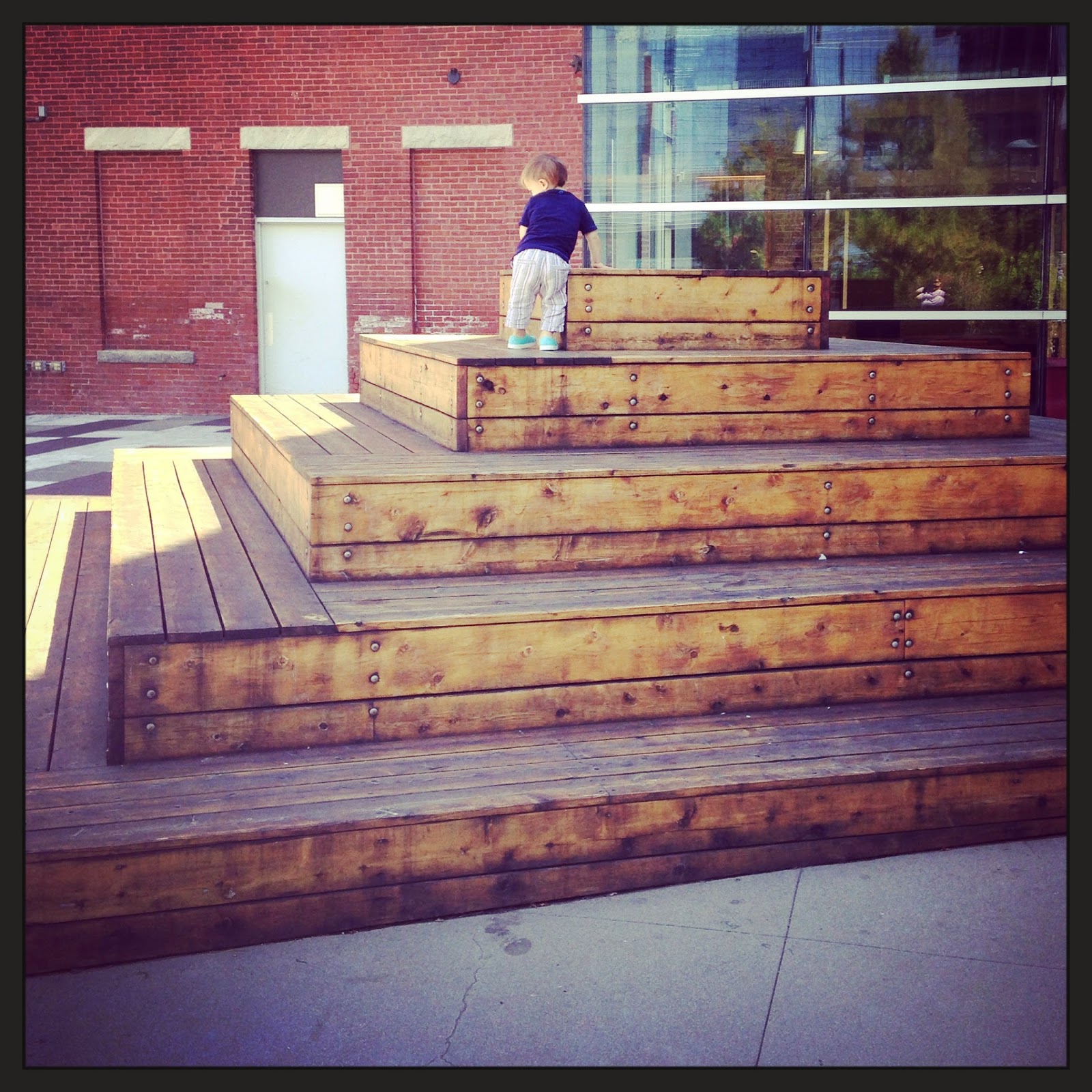 Over the Fourth of July holiday week, Granny came to visit. We took her on a whale watch to celebrate her birthday. Leo was probably a but young for this adventure, but we had a lovely, if not stomach turning boat ride. If you recall, the Fourth this year was a complete rain out. Our trip was the day before, and I think the seas were already starting to show signs of the storm. Unfortunately, the impending storm also messed with the typical feeding patterns of the whales, and it was an unsuccessful trip. Though we didn't get to see any whales, we did see a shark just before we had to turn back for shore. Because of the no-show whales, we got a rain check that we can use again any time in the future. So, we'll be able to take another trip someday when Leo will be able to better understand what is going on. All in all, we were quite satisfied with the outcome of our adventure. 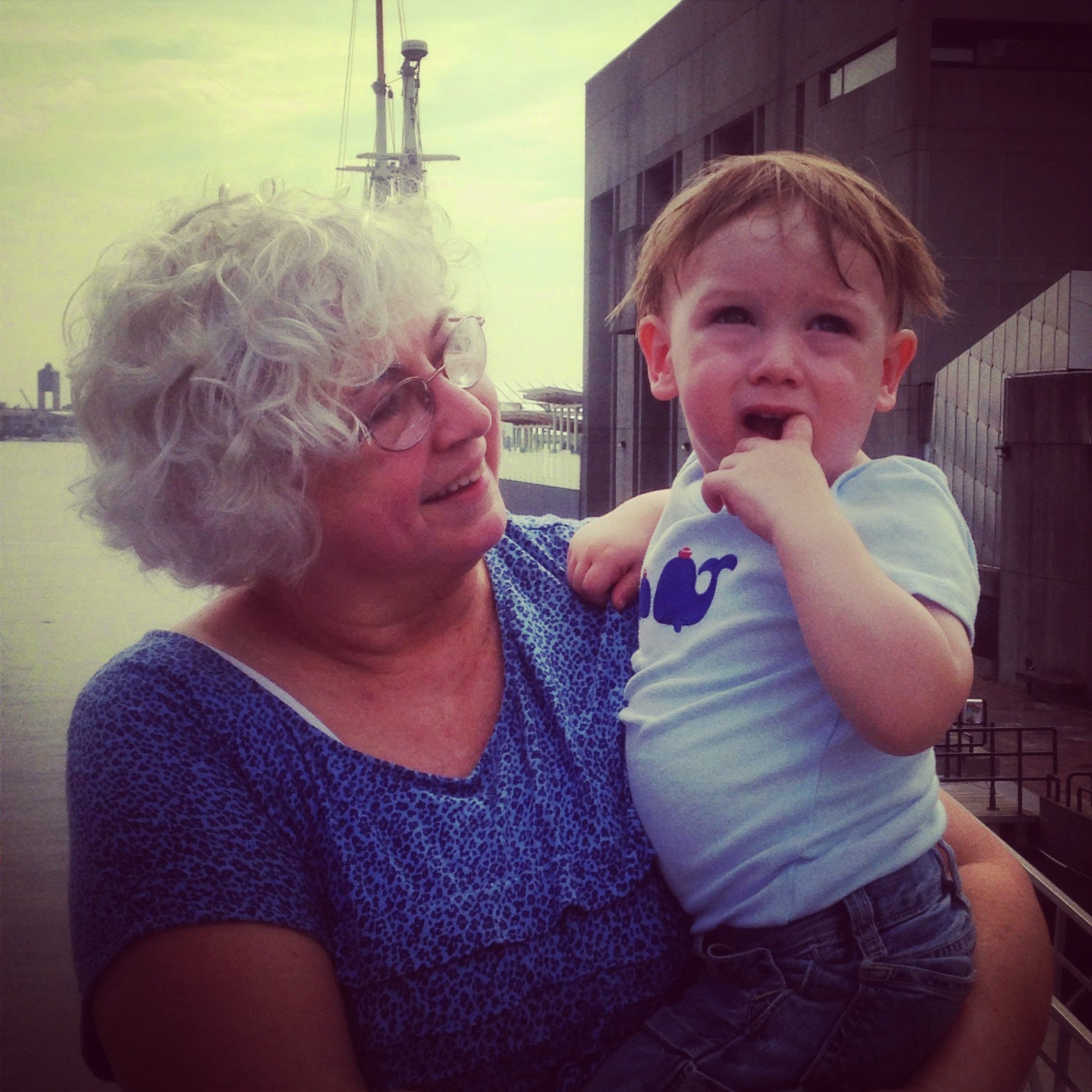 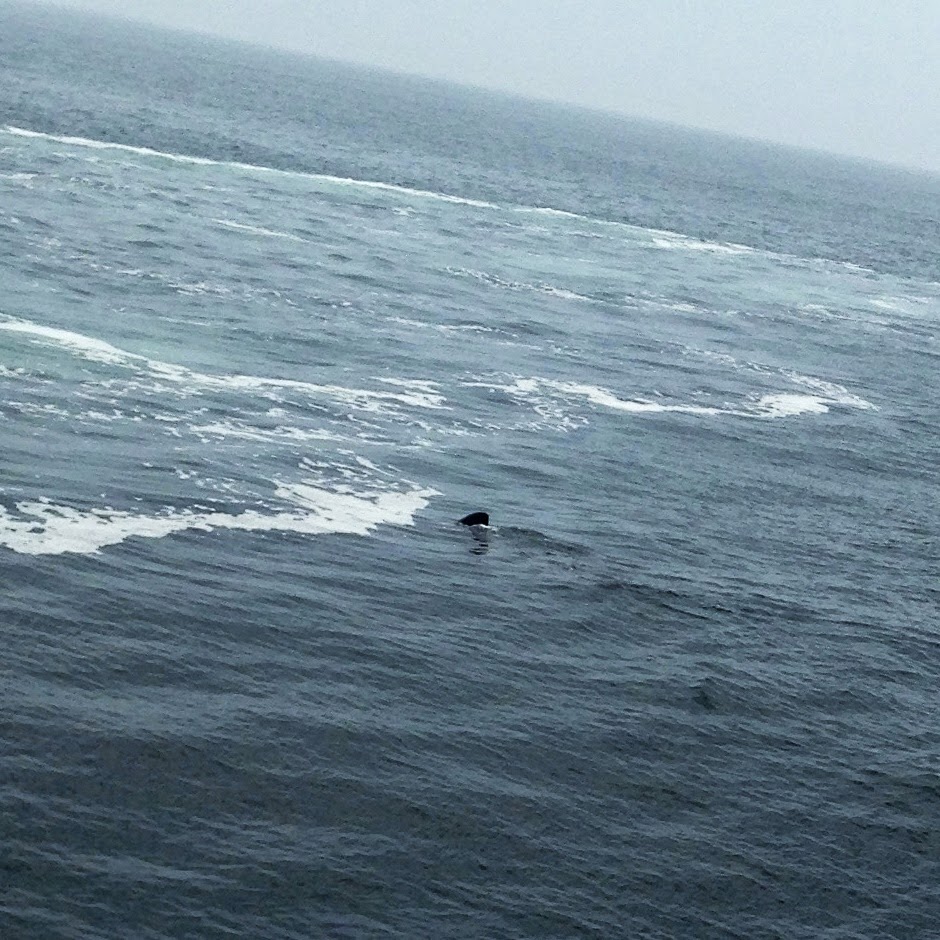 Leo's Gramma grew up in Revere, so every year we hear about the sand castle festival at Revere Beach. This year, Uncle Jeff joined us for some fun in the sand, and a tour of the entries. We didn't check out the rides, but in a few years, I'm sure Leo will enjoy those very much. He's a daredevil and he seems to like being dizzy, so I have a feeling they will be right up his alley. For now, a little digging in the dirt does quite nicely. 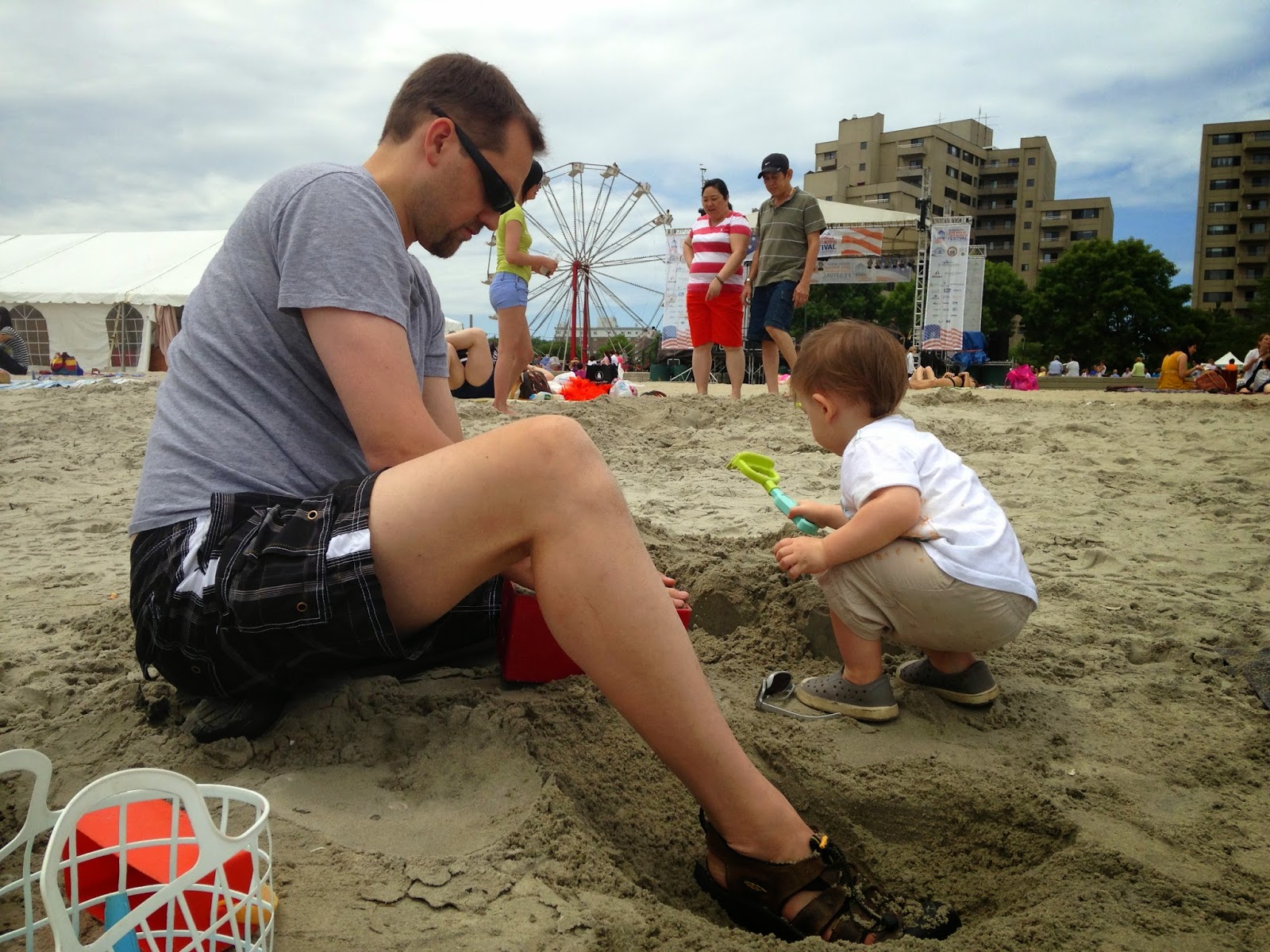 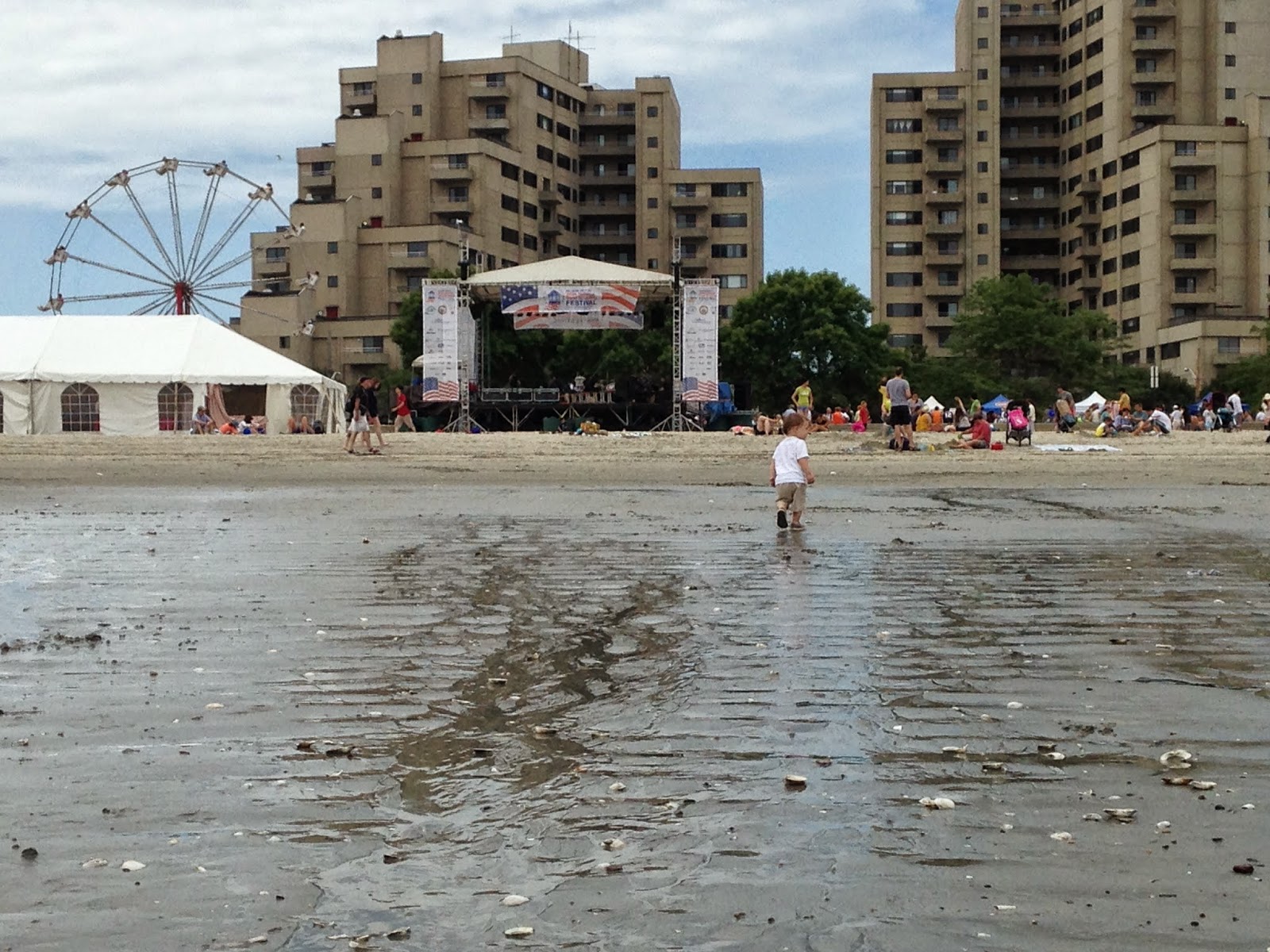 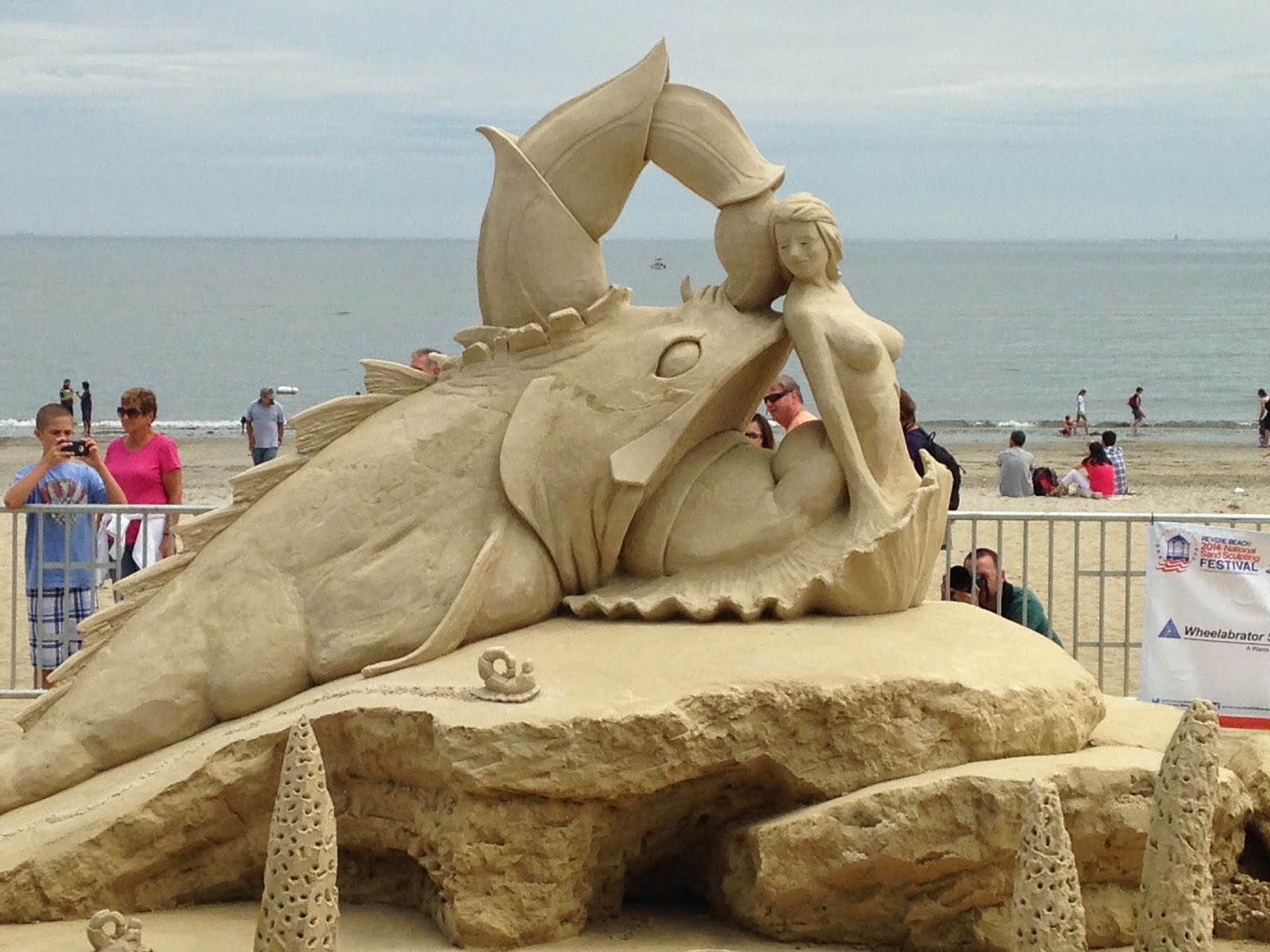 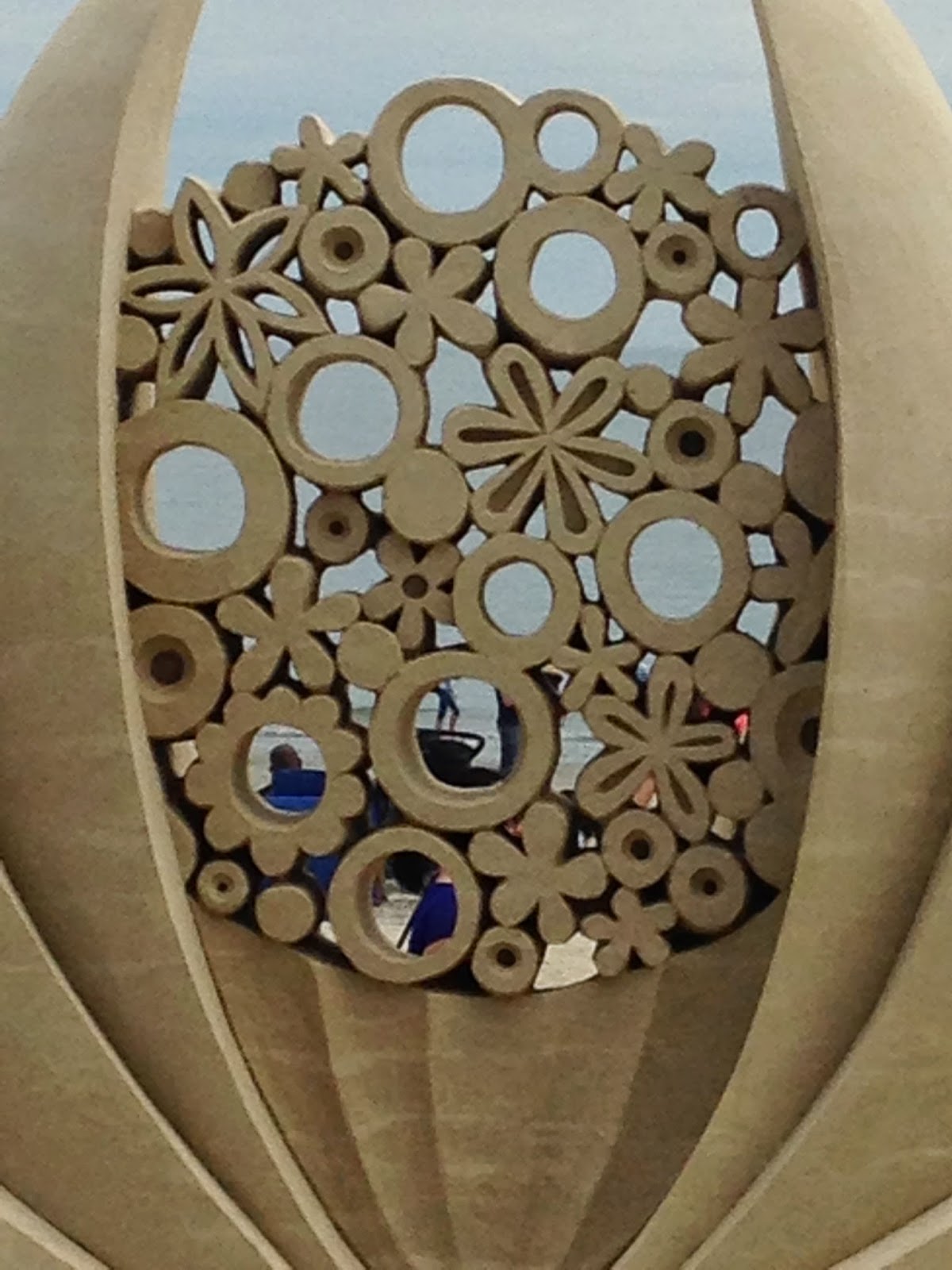 Now, I know you are thinking, wow, this was a jammed packed summer. But you know what? I'm even not done yet. Seriously. It was a blast. And I'll be back with one more installment to fill you in on the rest of the details.