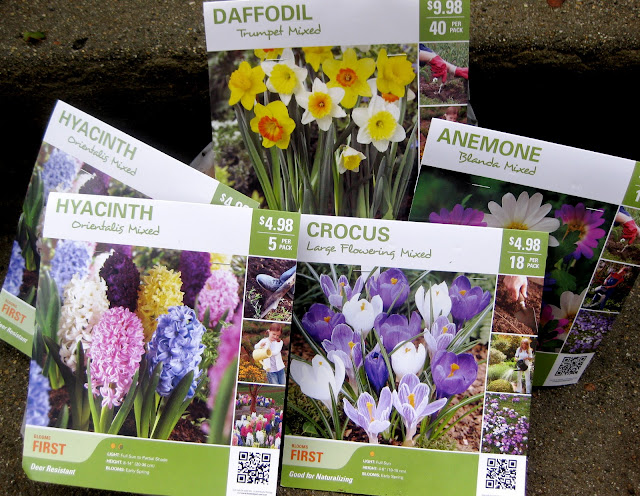 Saturday afternoon, I made my first venture into the world of bulbs. I always love seeing the early signs of spring making their way out of the cold ground in April. Last fall, I was way too busy to plant. And, we didn't know what might have already been in the ground. We had to watch for a year to see what came up. I really have no idea what I am doing, but I decided to give it a go. (I called my mom several times.)

I kept it fairly simple, and decide just to plant in the two areas next to the front steps I that I planted in the spring. I got daffodils, hyacinth, crocus and anemones. For full disclosure, I only managed to plant the daffodils so far. After digging 40 6" deep holes, my hand was killing me. I'll get the rest planted, in shallower holes, next weekend.

Next year, maybe we will manage to expand into a sidewalk border. I also got a few mums, and an aster which is supposed to be a perennial. We'll see how it does. I'm a little bit afraid it won't be sunny enough. I love the colors of the asters so much though, that next year, I think I might plant some on the front corner with the hostas and the sedum (see the picture below with the red fence in the background.) 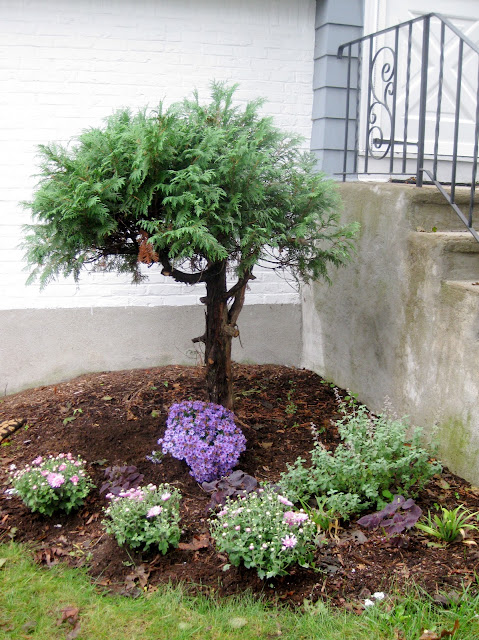 The last thing I planted was a hydrangea that has been sitting on the front steps all summer. If it has a prayer of coming back, I needed to get it in the ground. I decided to use it to fill in this little gab between two of the bushes in the front. Maybe it will help disguise the hose and the gutter someday! 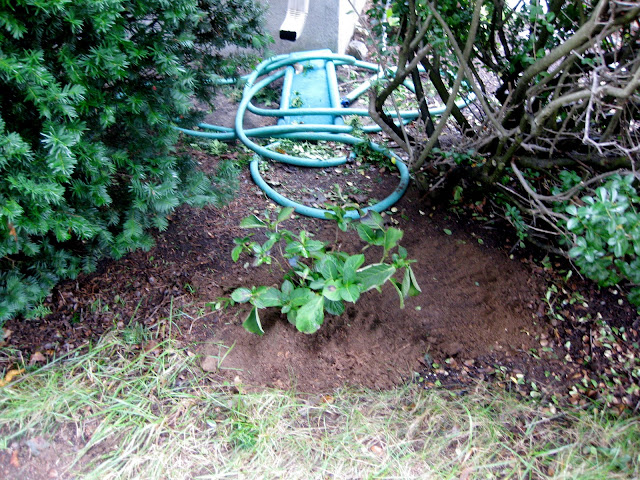 Ultimately, I plan to get rid of most, if not all, of the forsythias along the red fence, and replace them with hydrangeas. There is an offshoot of the lilac bush trying to get started here too. Greg recently trimmed the forsythias, and did remove one of the far right to free up the lilac a little bit. It looks so much less cluttered already. 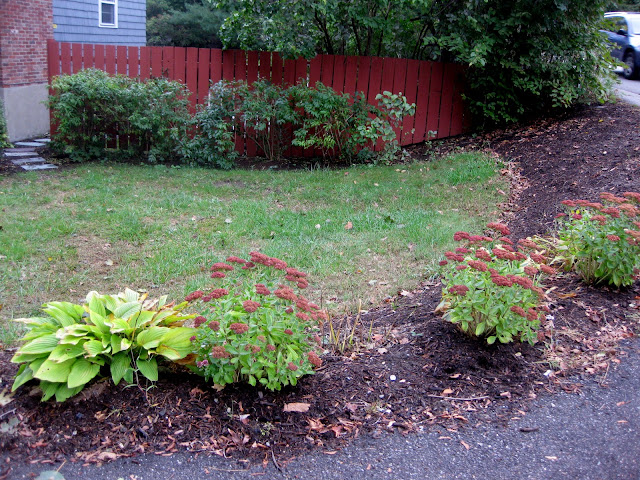