Greg has been making fast and steady progress on the deck. I'm being slow and falling behind in telling you about it. So how about a ridiculous amount of photos to make up for it?

A few weeks ago, we had a contractor come with a bobcat and an 18" auger to drill the 4 foot deep holes required for the deck footings. As usual, there was some prep work leading up to that. Greg started digging out the slab area so that the grade of the ground would be at the right depth for the footings. He also had to measure out the locations for the holes. 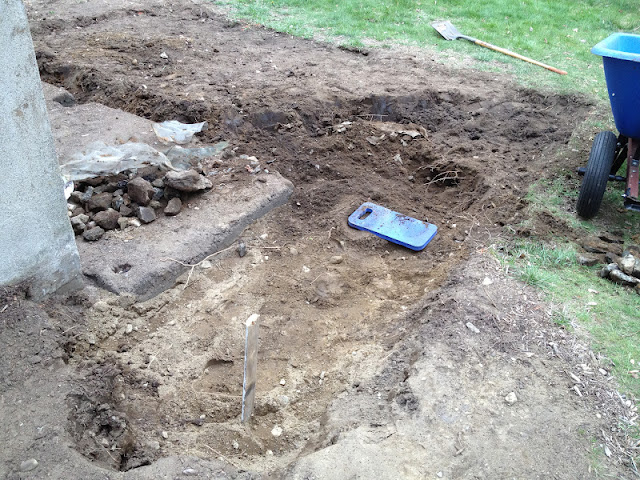 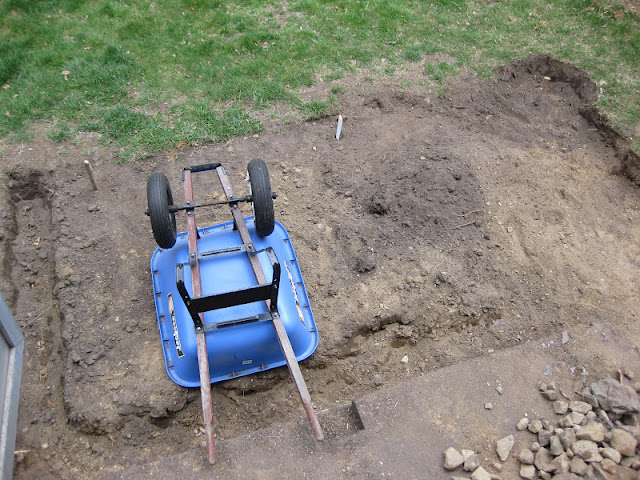 Bright and early a few Saturday morning ago, this crazy vehicle showed up in front of our house. 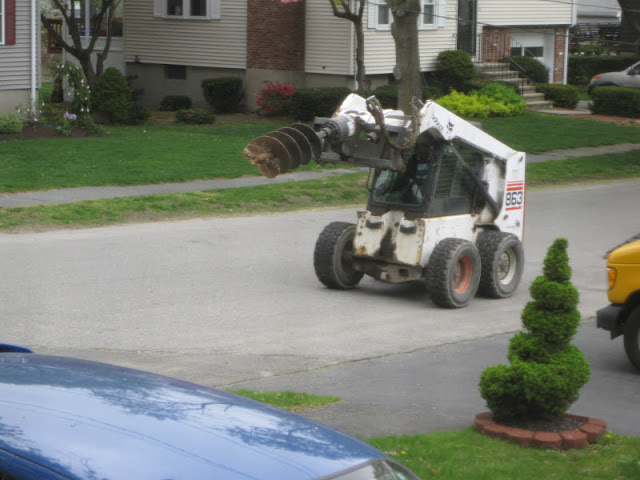 I caught a glimpse of it going by the office window into the back yard. 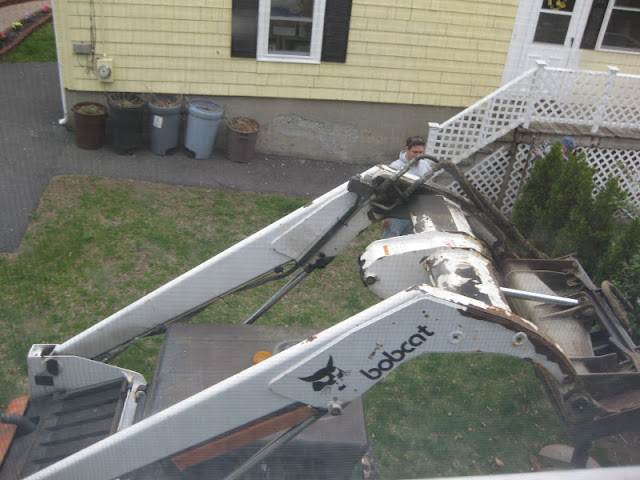 This is what it looked like through the screen door that now goes to no where. 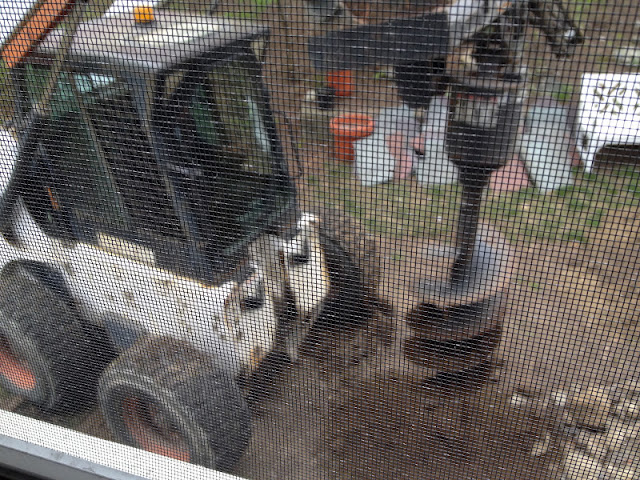 I also caught a glimpse through the window in the basement. 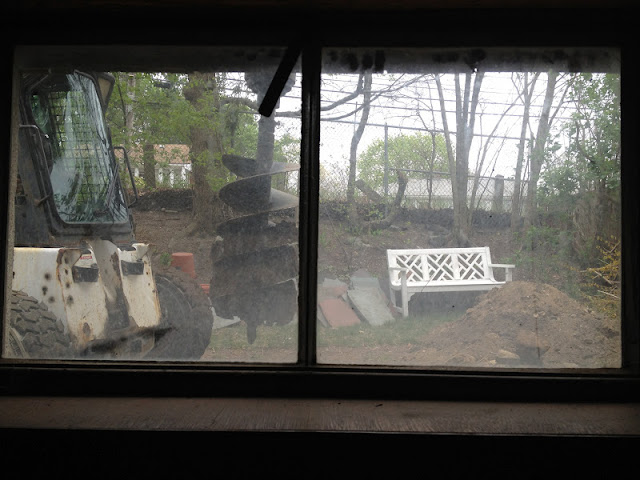 As I mentioned, the holes had to be 4 feet deep. And it turns out we have an extremely rocky yard. This meant a lot of in and out of the holes for Greg trying to get the rocks out of the way of the auger. 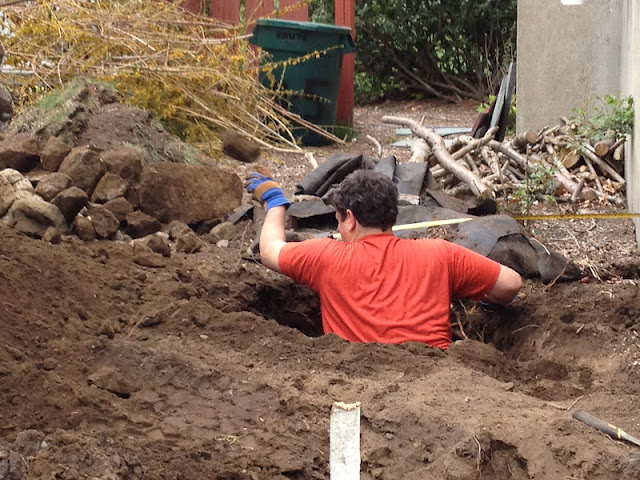 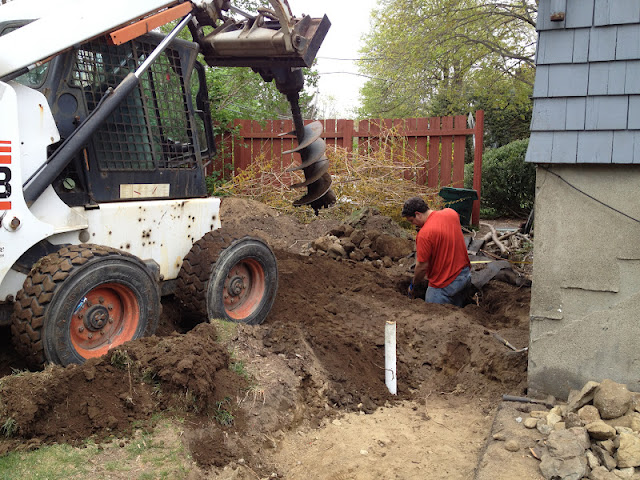 Don't worry, it wasn't actually spinning at this point. 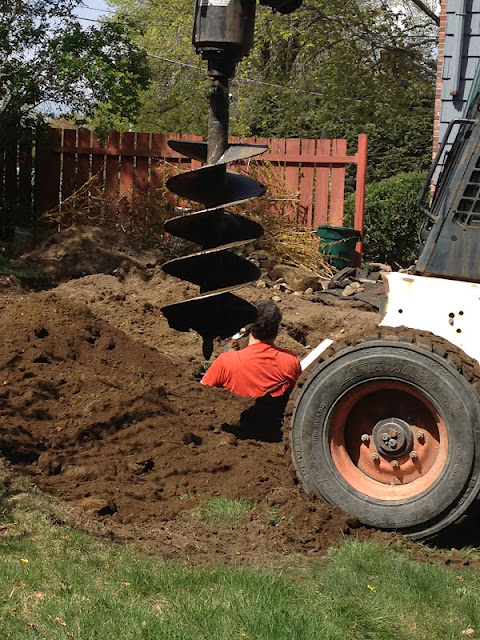 It only took a few short hours for the bobcat to complete it work, and for our grass to disappear! 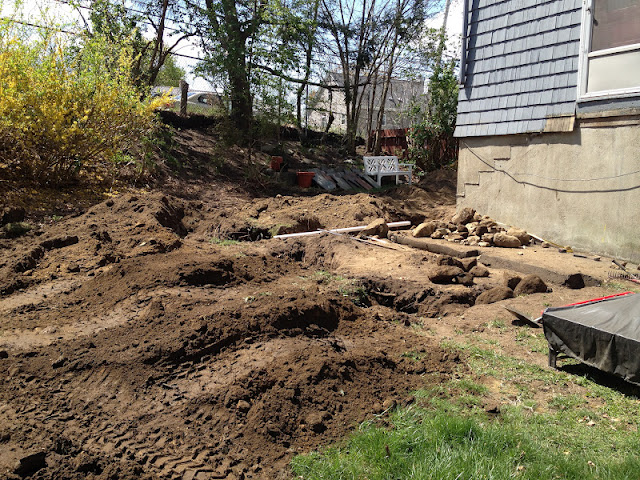 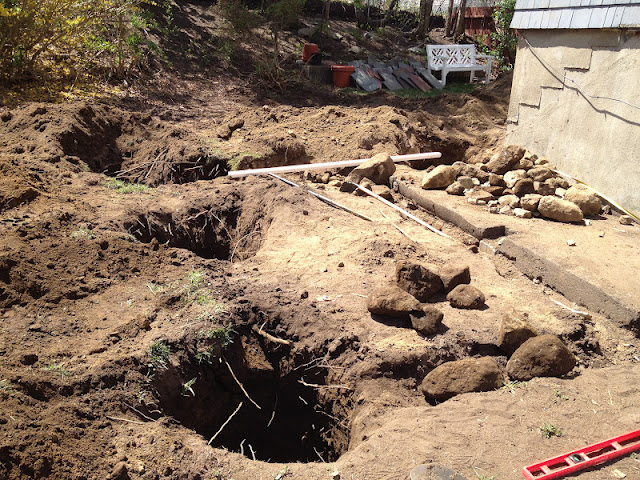 Sometime before the bobcat left, Doug arrived to help out for the afternoon. They got all the sonotubes placed in the holes in the correct place. For those who don't know, think giant toilet paper roll. This is what holds the concrete in the proper shape to create the footing. 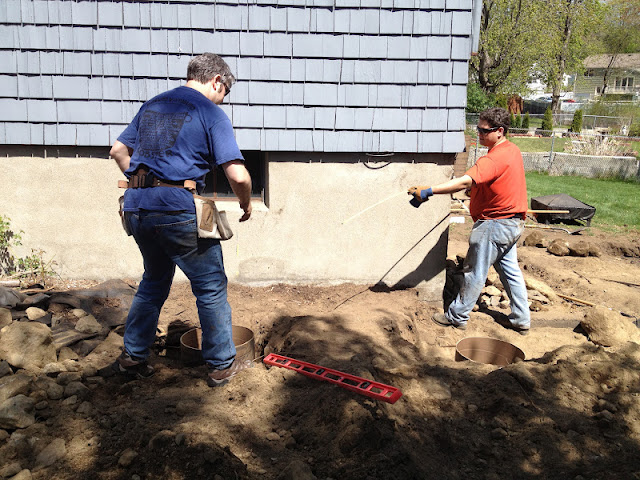 This was my vantage point, from the hammock, safely removed from the dirt! 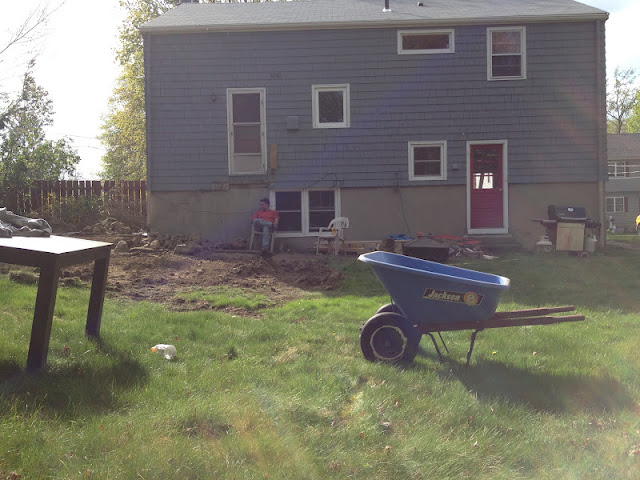 Even Greg managed to take an occasional break. 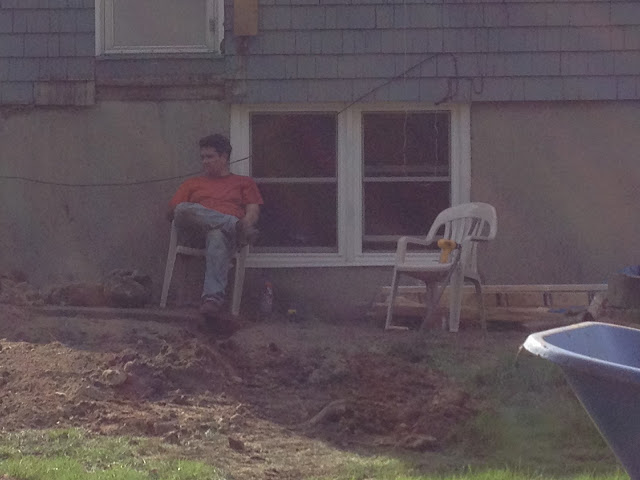 The last step of the day was to cover all the holes with plastic because of the several days of rain that were forecast following this beautiful sunny one. And yes, I was kidding when I said this day was about dirt, dirt and more dirt! 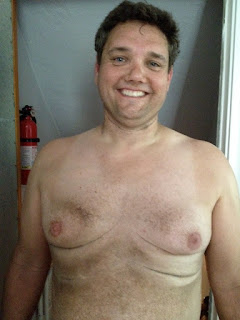