The next major step in creating the deck was to pour the concrete for the foundations and the slab that will become the floor of our shed. But in order to do that, there was a lot of prep that needed to be done. 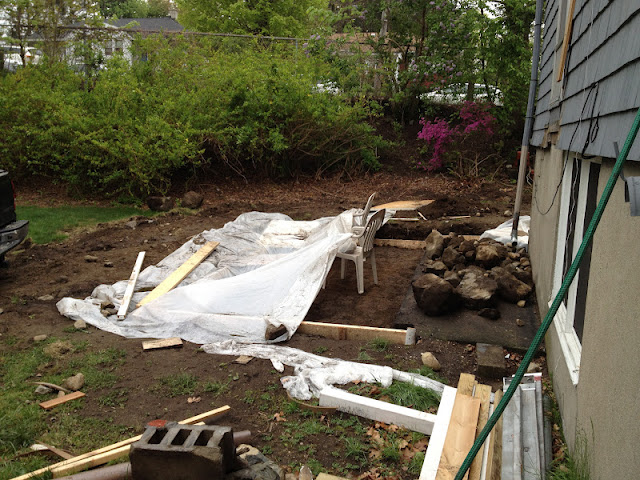 The holes needed to be protected for over a week from days upon days of April showers. Some of the many rocks that were unearthed came in very handy in holding down the plastic sheeting. 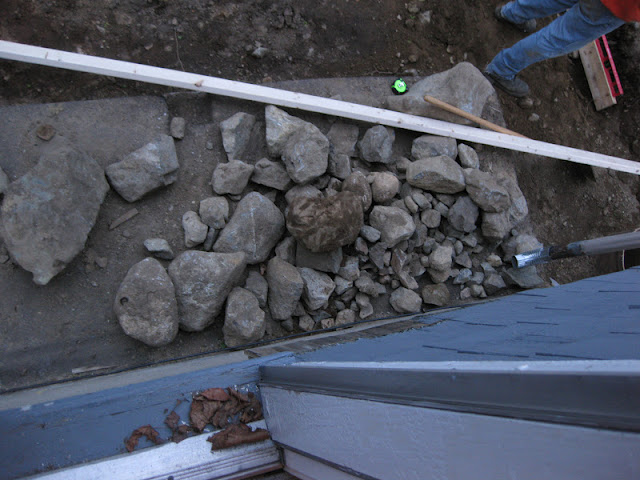 We had a brief weekend getaway to DC for my friend Tracy's wedding, and then the clock started ticking down to our 8am Saturday morning concrete delivery last weekend. Which meant Greg was outside almost every night that week until dark, digging, and setting up the forms for the slab. 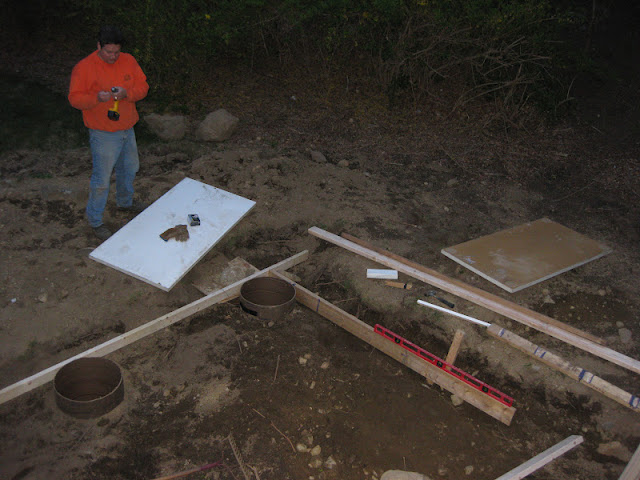 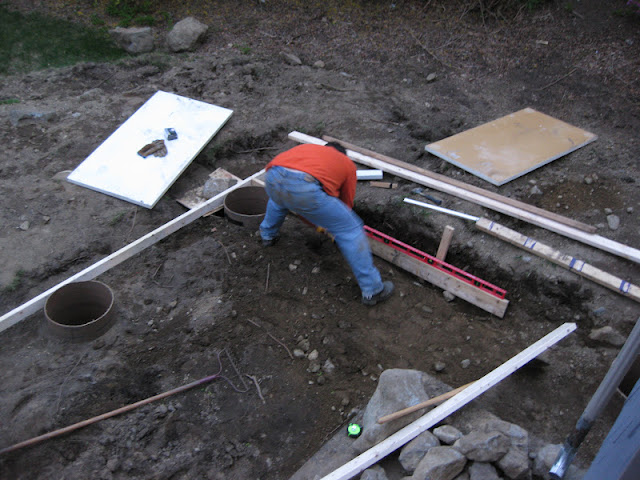 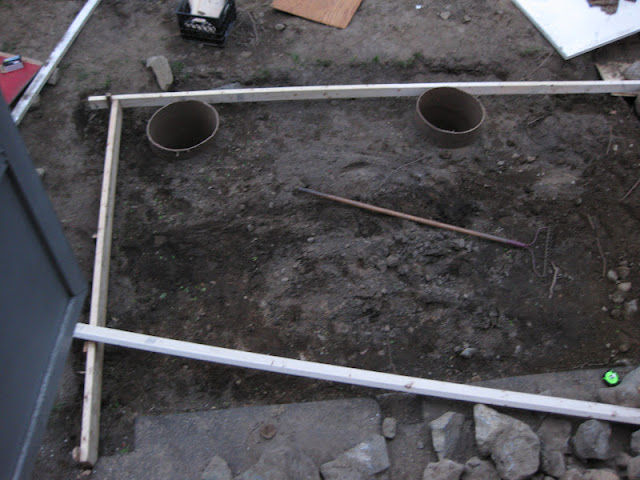 He also created a jig to hold the three anchor bolts which will fasten the deck posts to the foundations so that they would be spaced exactly the right distance from each other, and all he would have to do after the concrete was poured was make sure they were the correct distance from the house. 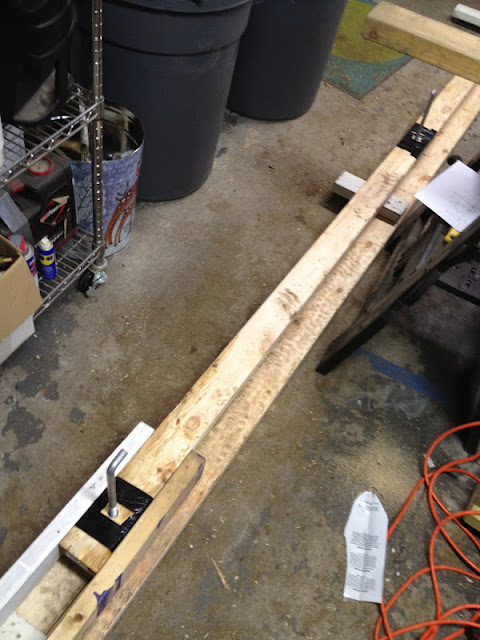 The next step was to lay a bed of sand to create a base for the concrete that would separate it from the earth below. This mean that Greg got to drive his truck into the back yard, one of his dreams come true! 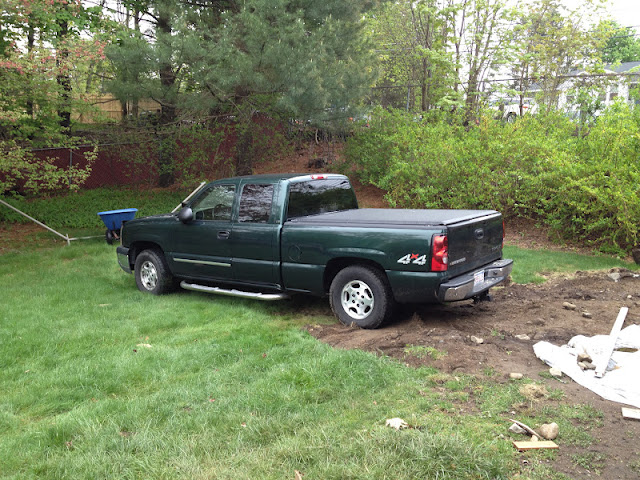 Michael and and Bob came over for the final push to help spread and tamp the sand. (I take a lot of these pictures through the screen door, which you can see in the shot below) 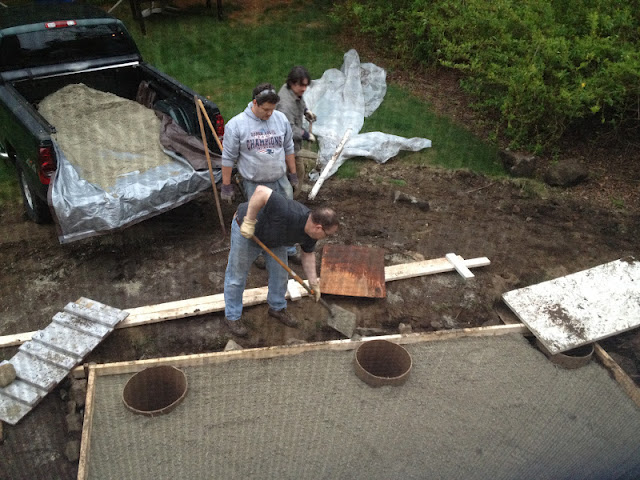 It was definitely dark by the time they finished, but everything was finally ready for concrete! 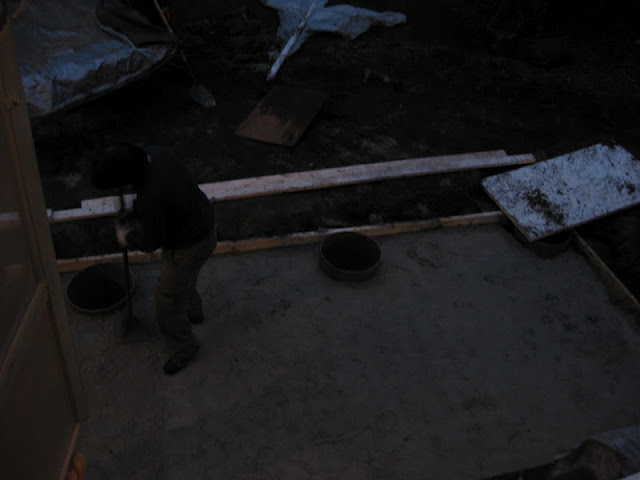