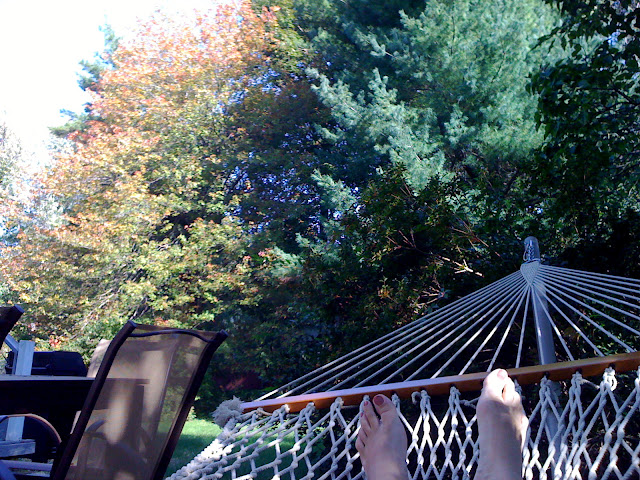 At the request of my brother, I tried to take some shots to track the progress of fall taking over Kingston Road. It seemed to get off to a late start here in the Boston area. We had unseasonably warm weather over Columbus Day weekend, which I am enjoying in the above photo. You can see just a hint of color on one of the trees in our back yard in the background.

A week later, here's how things were looking... 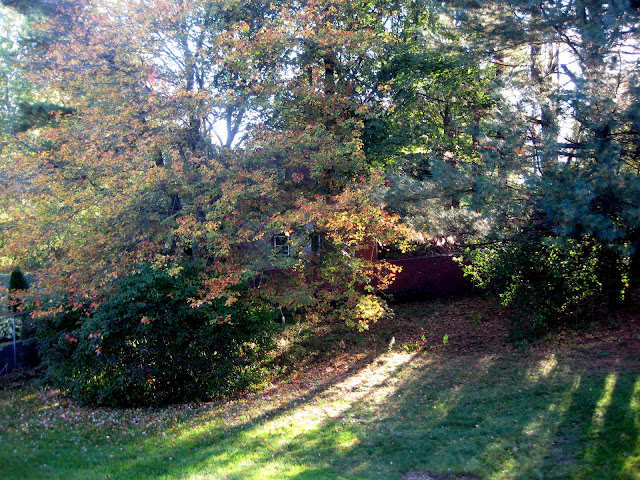 This is the same tree you can see behind the hammock. There's a bit more red, and definitely some leaves on the ground. 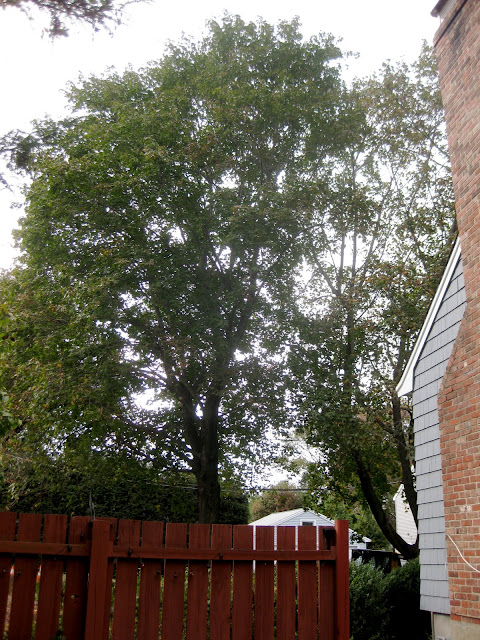 But, the maples in the front showed absolutely no signs of color. 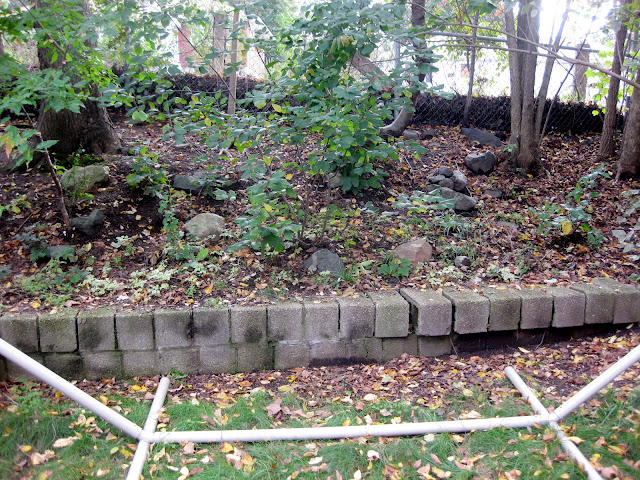 Not much color on the side by the patio either, but apparently leaves were falling from somewhere. 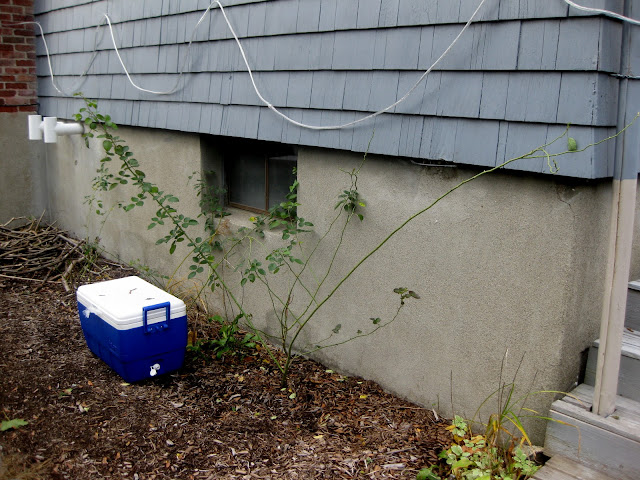 On the other side of the patio, this rose bush has grown in an unsightly and uncontrolled manner. I actually got cut on one of the thorns. Those things mean business! Next year, I will have to learn how to deal better with this. I'll admit, I didn't pay any attention to it at all this year, so it sort of snuck up on me with it's size. It may go away altogether next year however, as this location is a prime option for the stairs of the deck we want build. 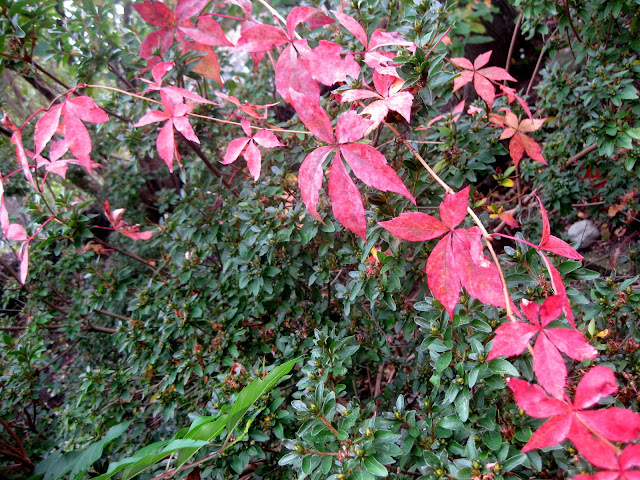 There was some great color in the form of the crazy vine that winds itself all over our side yard. It gives a lot of privacy when it grows on the fence. I'm not so sure it's great for the azalea here, but it was hard to tell it was even there until it turned red! 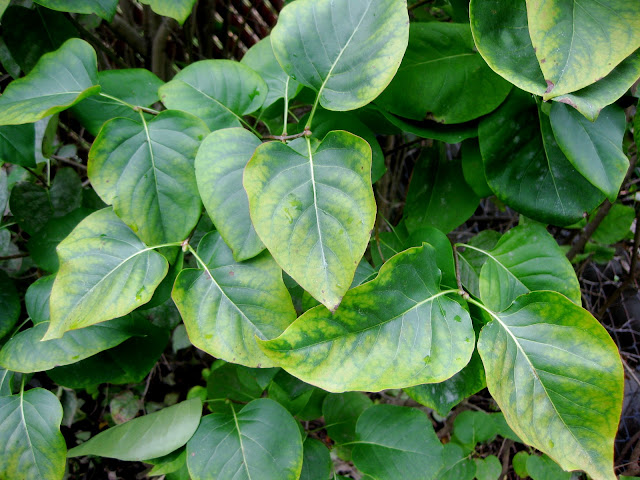 The lilacs (oh my poor lilacs...we lost so many branches in the storm...) started to turn a bit yellow. 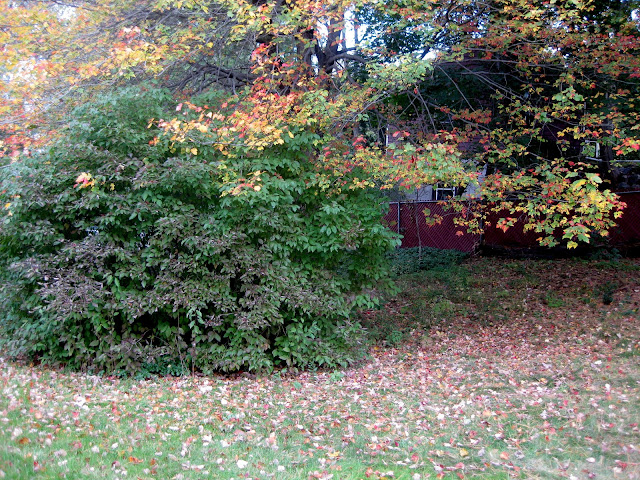 This is a closer shot of our one colorful tree in the back. 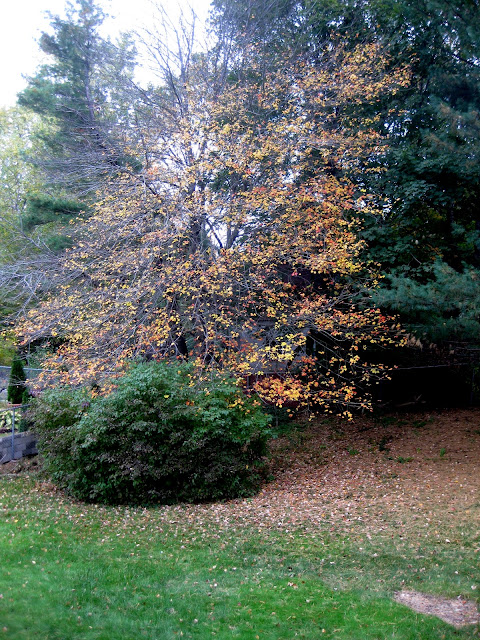 It's too bad more trees hadn't dropped this much by then. The big storm that knocked down so many branches was the following weekend.

By November 10th, the trees in the front were full blown yellow... 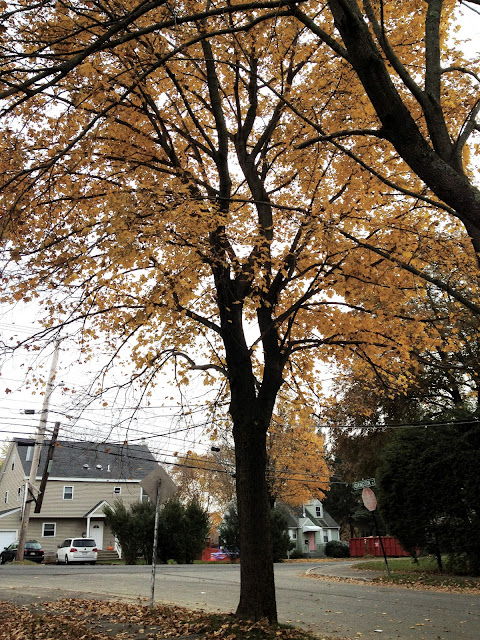 There were now all sitting in our front yard. 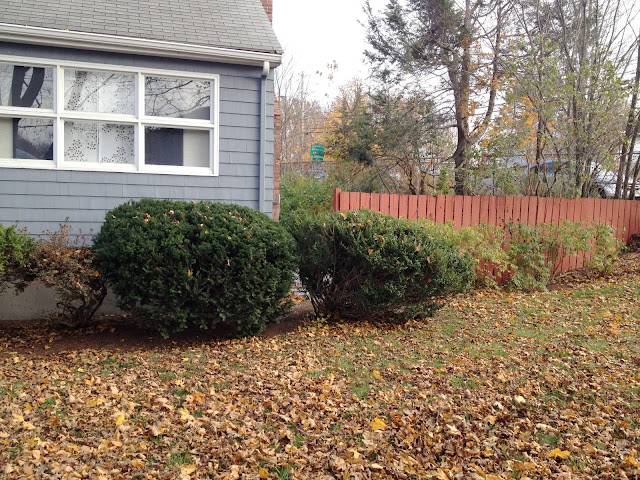 By this past weekend, the azalea, seen above still green, with the red vine, had now turned completely gold. Funny. I don't remember this at all from last year. (this picture kind of sucks, due to the bright, low november sun!) 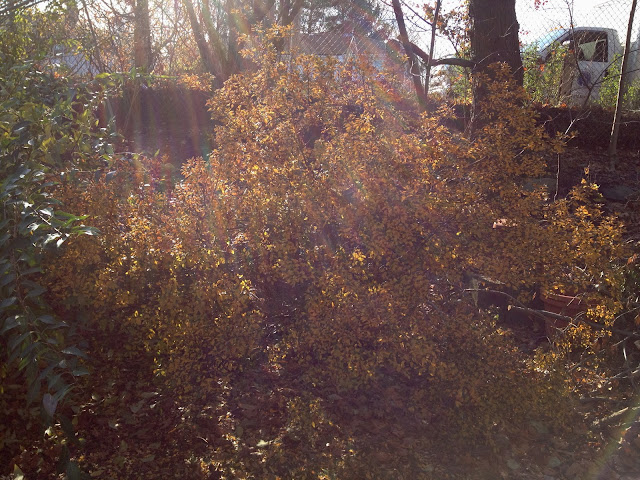 We spent a lot of time raking and cleaning up the storm damage this past weekend. I'll tell you more about that in my next post. No, it's not the most glamorous home improvement project I could share, but it is a fact of life of home ownership, and it's progress made that interferes with the fun stuff. And plus, I want you to be amazed at the size of our leaf pile!