Well, I guess we've been so busy enjoying our new deck since July, not to mention preparing for Luigi's arrival, that I have completely dropped the ball on finishing our deck building story. Prepare yourselves for a massive deck catch up in the weeks to come. I'm going to attempt to finish telling the story before Luigi gets here, and set up some installments to post automatically while we get used to life with a newborn. Of course, I plan to drop by and tell you all about him as well.

But let's get back to the task at hand. When I last told you about the deck, I was recounting a weekend in May when my Mom was visiting, and we all spent some time preparing the rubber roofing. This next phase of work took place over Memorial Day weekend, which, you might recall, was extremely warm. I remember well, because it was the first time I got a feel for exactly how difficult it was going to be getting through the summer pregnant.

At this point, since I'm so far behind, I will let the pictures tell most of the story. Here are a series of Greg finalizing the deck framing. 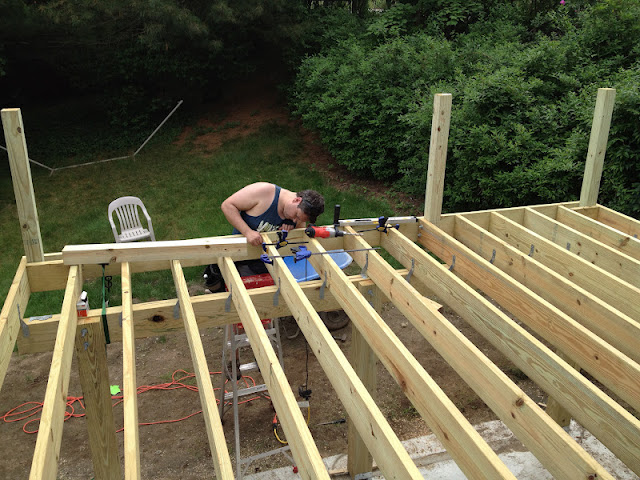 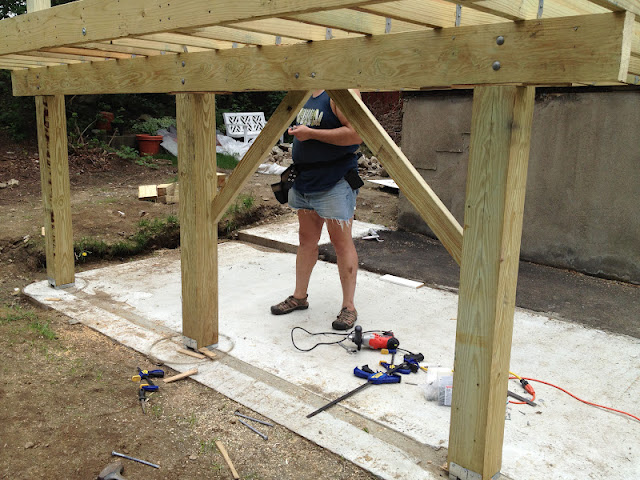 Every good structural engineer has to include some cross bracing somewhere, right? 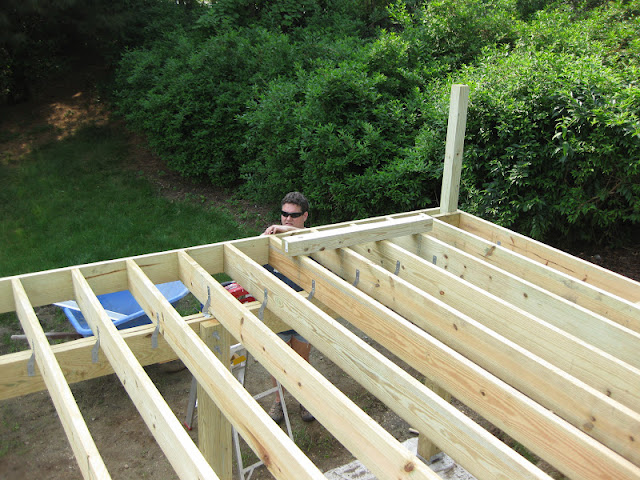 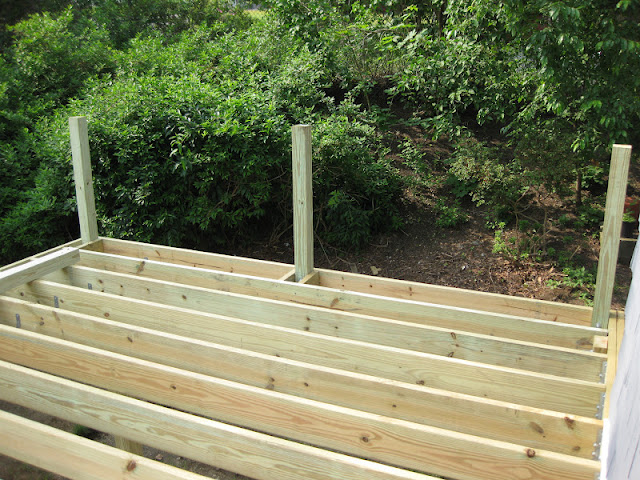 The posts above are for the railing. 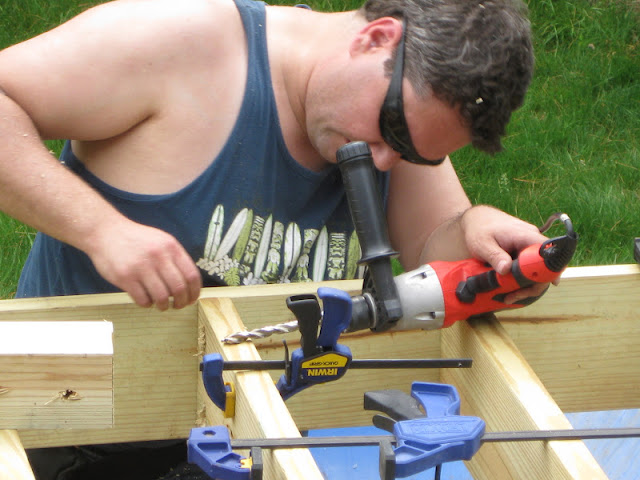 It was a challenge to drill the bolt holes for the railing posts because of the 12" spacing Greg chose for extra stability, and the potential to screen in the deck as a room some day. 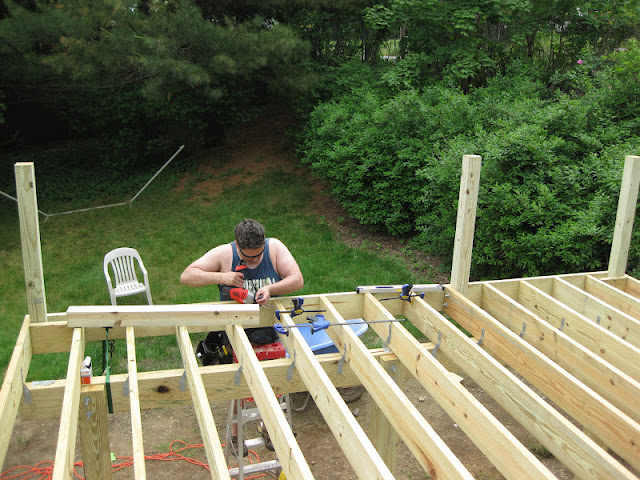 Once the framing was settled, it was time to lay down the strips of rubber my mom and I cut. Each piece was cut as a trapezoid, so when we lined up the edge of the rubber perfectly with the edge of the joist, the troughs that were created naturally sloped away from the house.

Now, I know I wasn't able to help much with the heavy labor of the deck this summer (not that I minded much), but I did help all day with this project, in the high 80s humid heat. And it was tough! I had the job of holding the rubber on the edge of the joist while Greg stapled it in place. He then covered the edges with a special rubber tape to ensure a water seal. 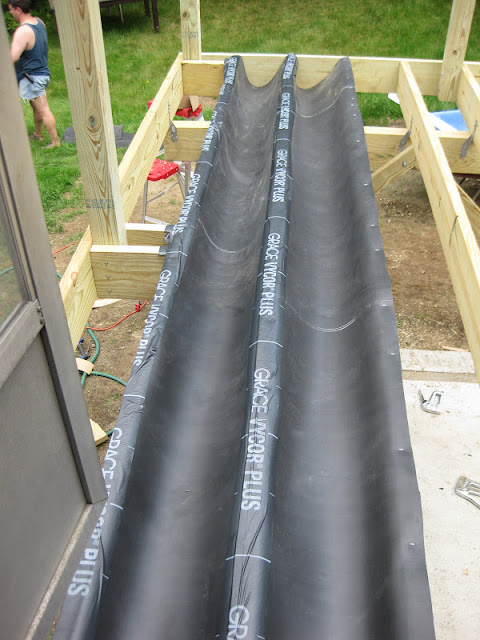 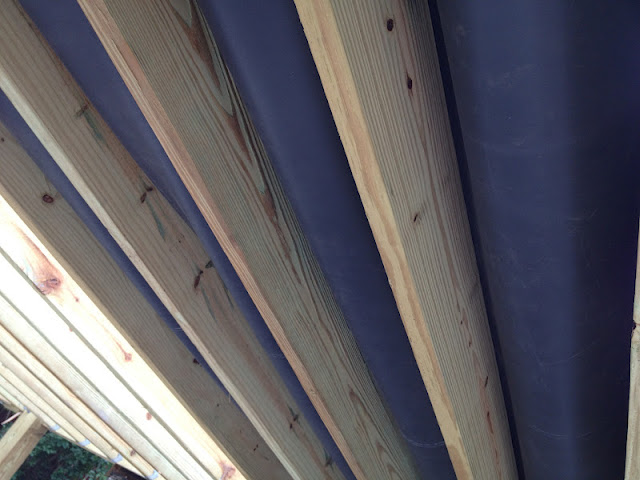 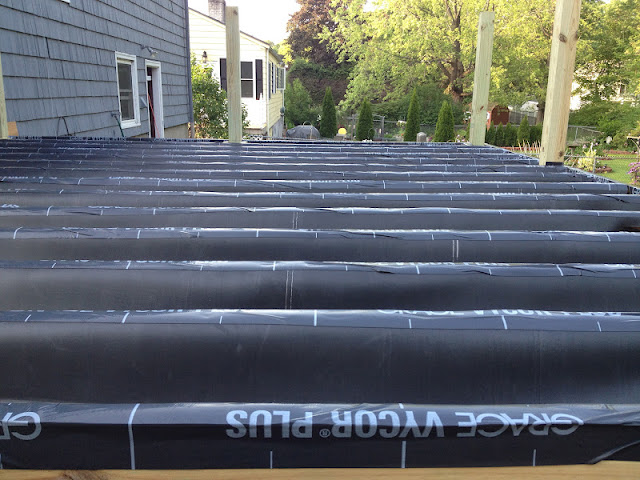 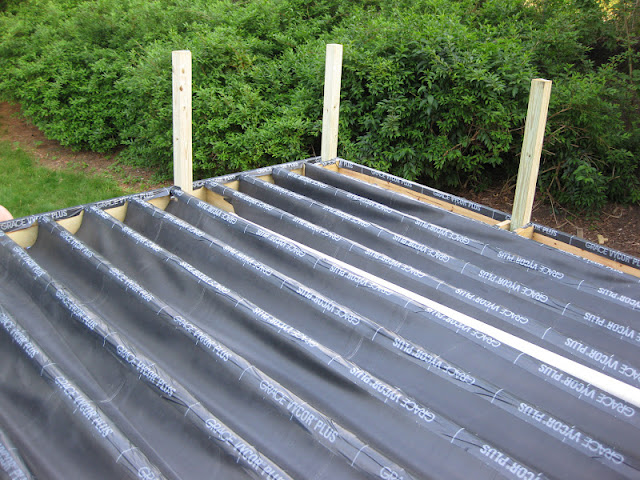 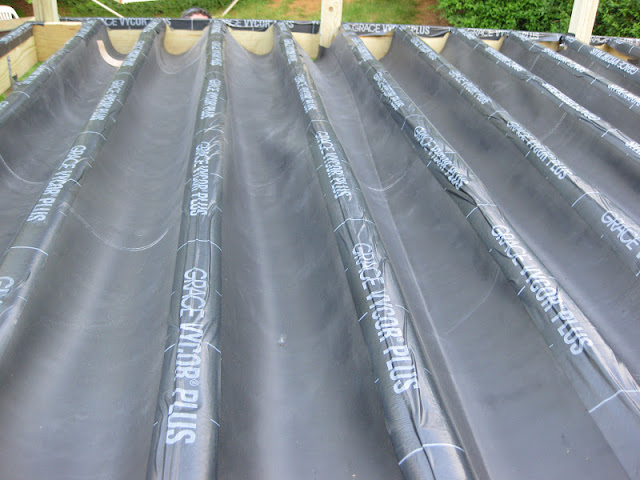 The gutter from the roof line comes down the corner of the house, where we put the deck, so Greg put in a pipe to divert the downspout under the decking, but above the rubber roofing, so the run off from the roof would flow out with the water that falls through the decking surface. 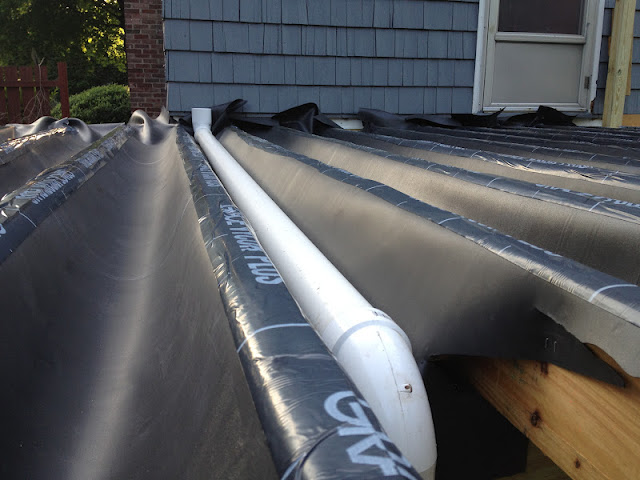 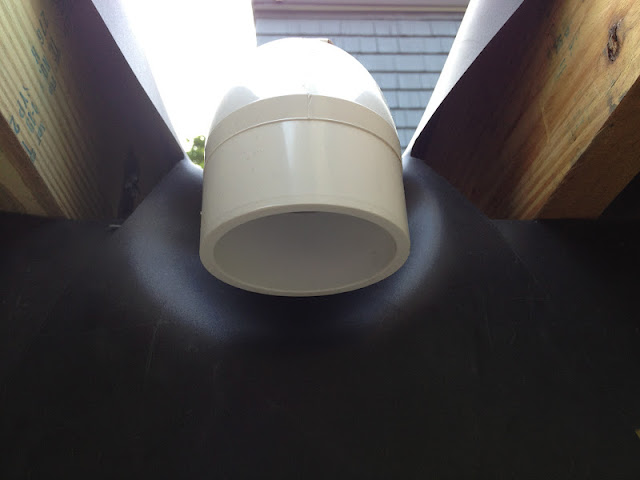 A few days after the rubber roofing went on, our decking boards were dropped off from a local lumber yard. It was really exciting to see them arrive, knowing we would soon be able to actually stand on our new deck! 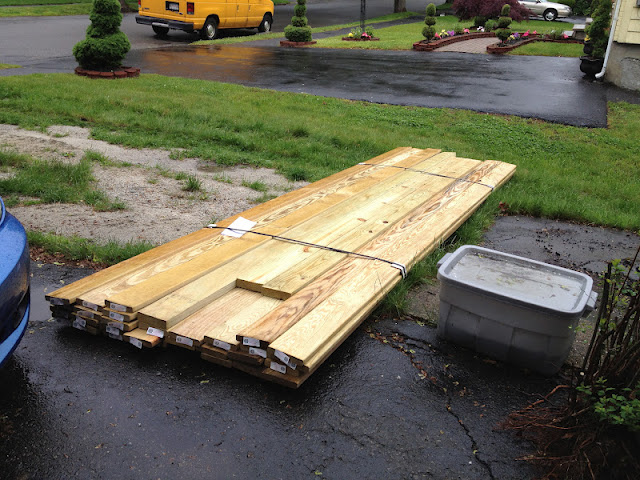