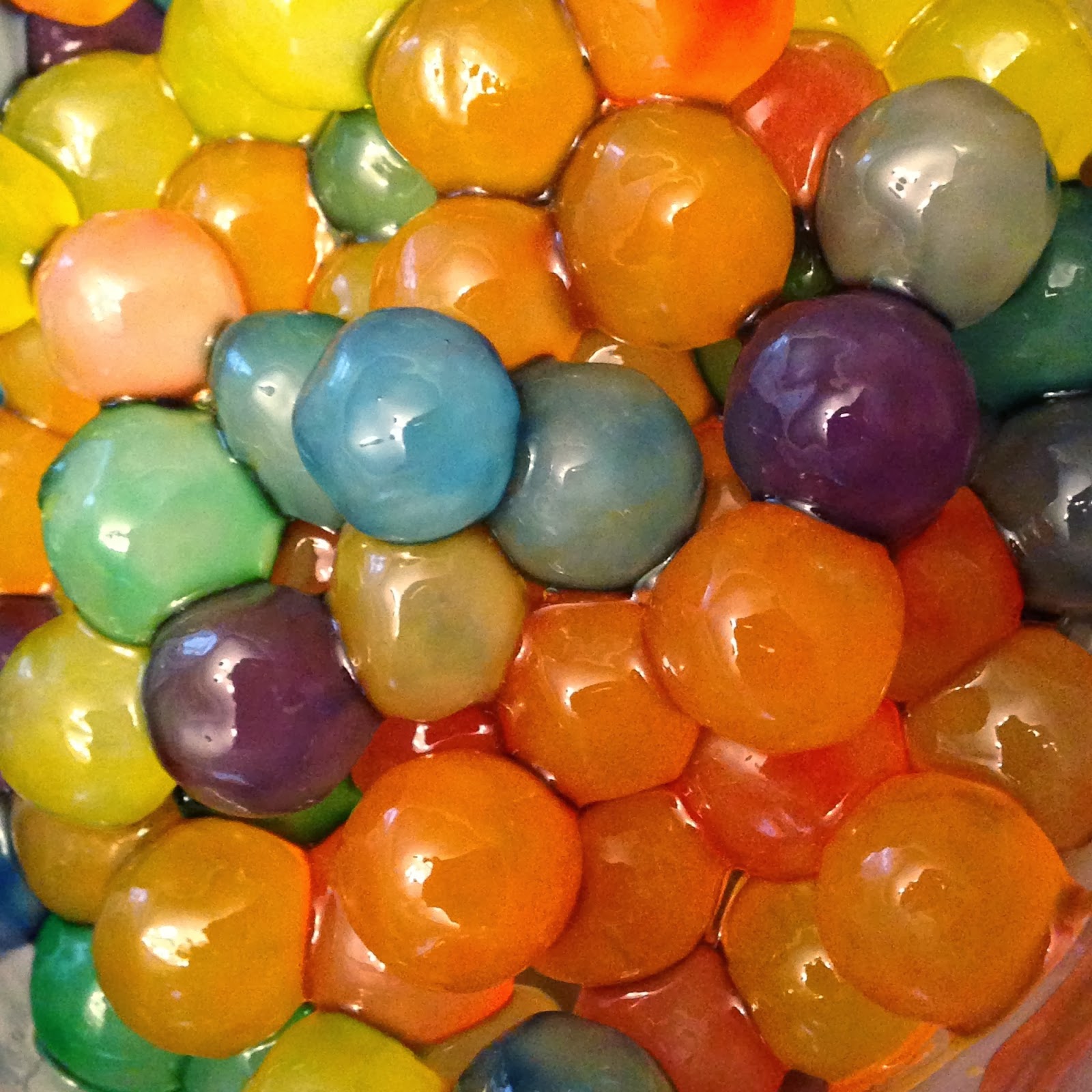 I received this same question multiple times after posting a video of Leo enjoying this experience on Facebook. I had planned a post on a different homemade play experience, but given the reaction on FB, I thought I would document this topic right away. 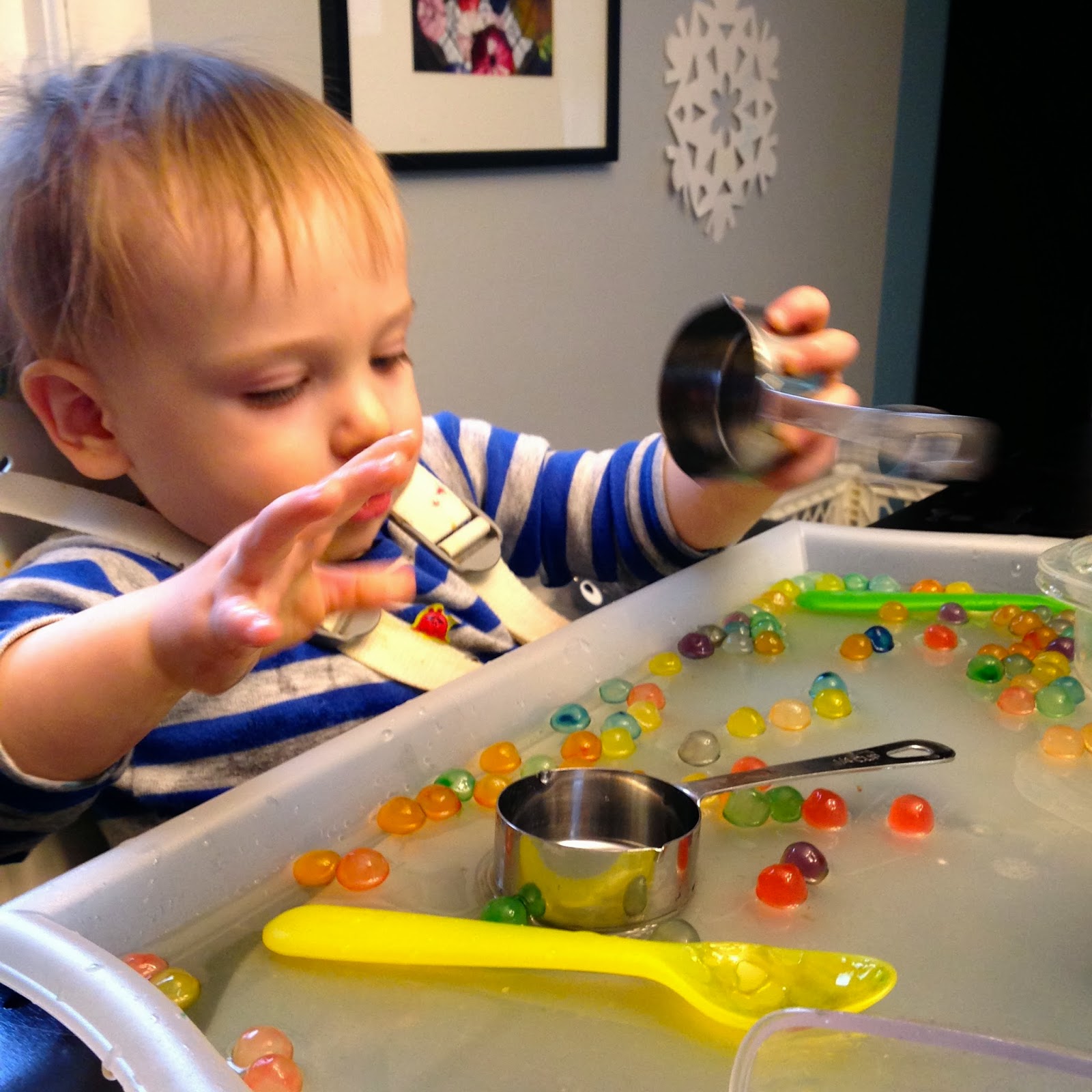 So what is it? 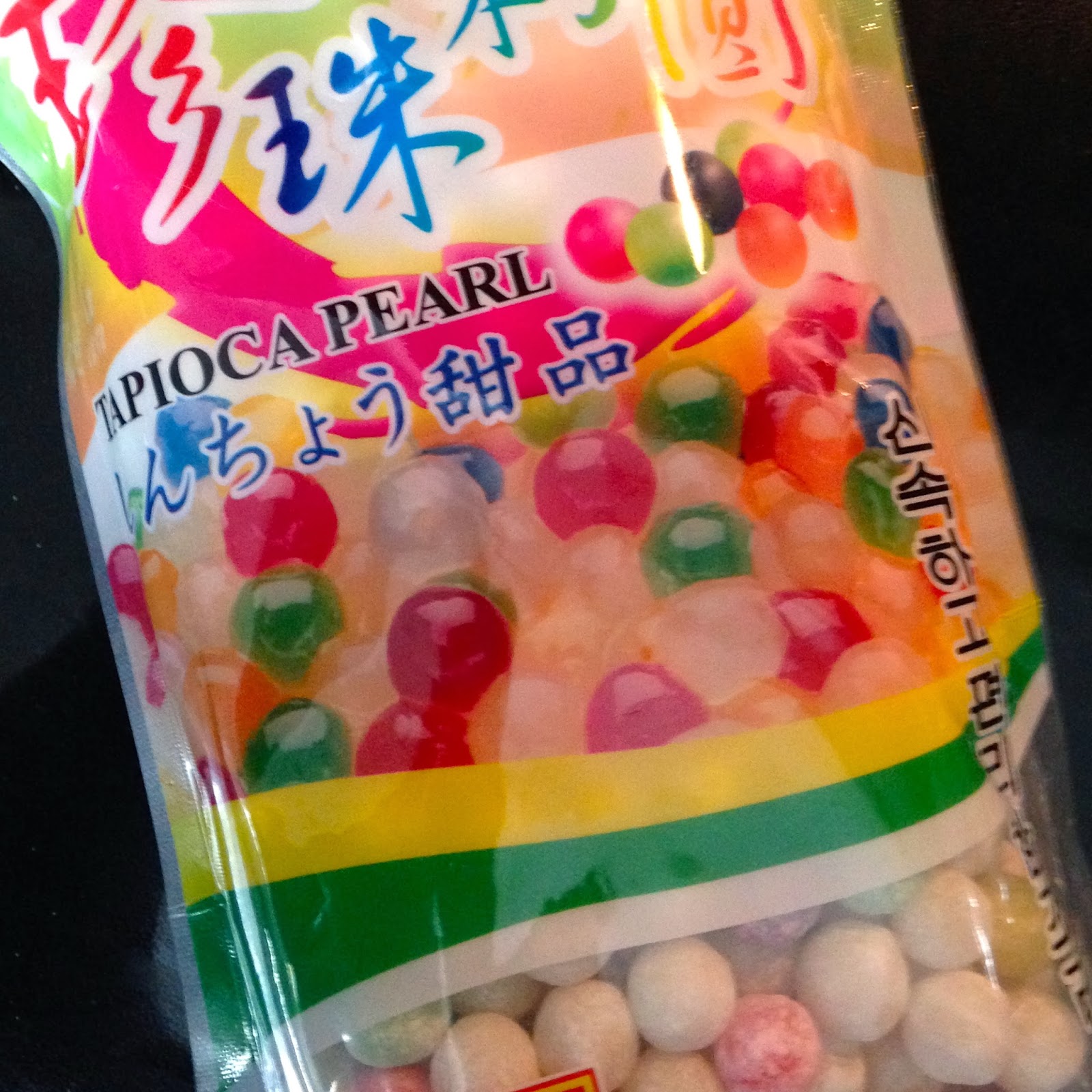 They are tapioca pearls—giant (well, relatively speaking compared to what's normally in tapioca pudding), beads of tapioca that are commonly found in a beverage called bubble tea. Yes, I have heard of that. No, I've never tried it. 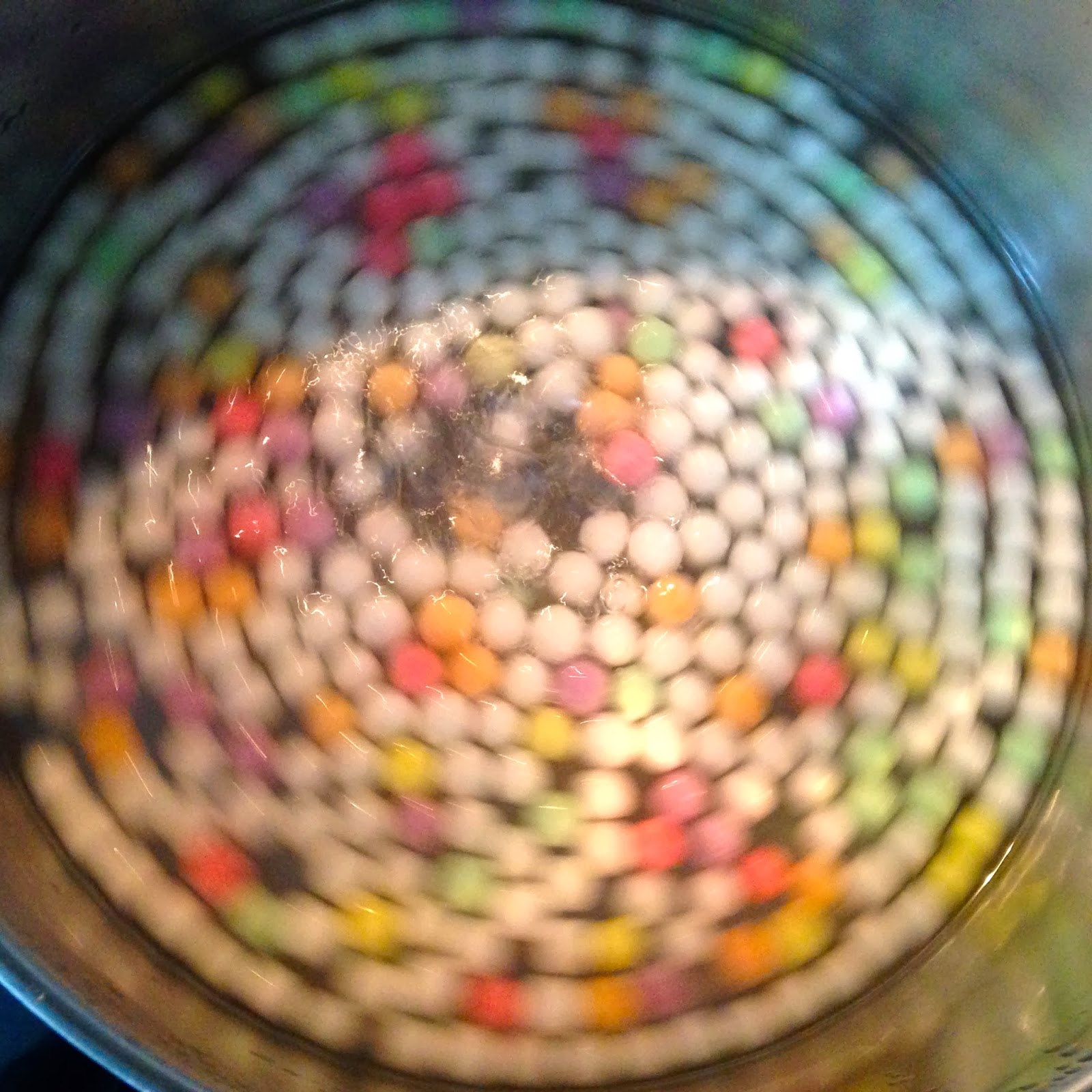 As is true of many of my crafty endeavors lately, I stumbled upon this idea on Pinterest. I immediately went to Amazon to purchase some Tapioca Pearls. It was important to get the quick cook type, which require boiling for only 5 minutes to be ready. I prepared them while Leo was eating his lunch. And then we let them cool while we took a nap! 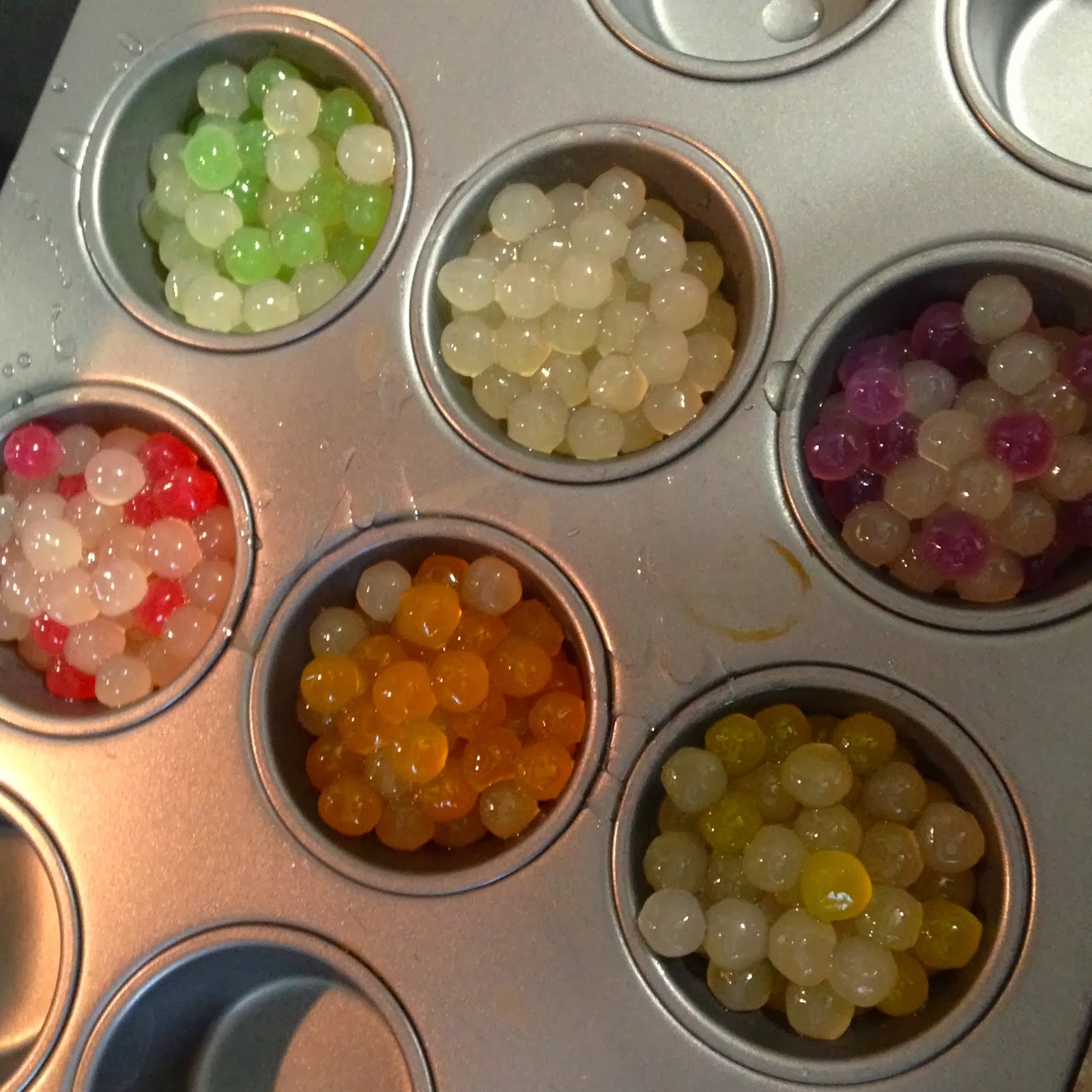 When we got up from our nap, I scooped the pearls out of the pot, and put them into a cookie sheet. As you can see, some of them come colored, and I couldn't help myself but to sort them accordingly. I then added two drops of food coloring to each pile. I didn't want to add too much color since we were planning to play with with our hands. I wasn't sure how well the color would stick, and I wanted to avoid having too much get on our hands. They would be just as fun to play with if you skipped the food coloring if you are concerned about the mess. 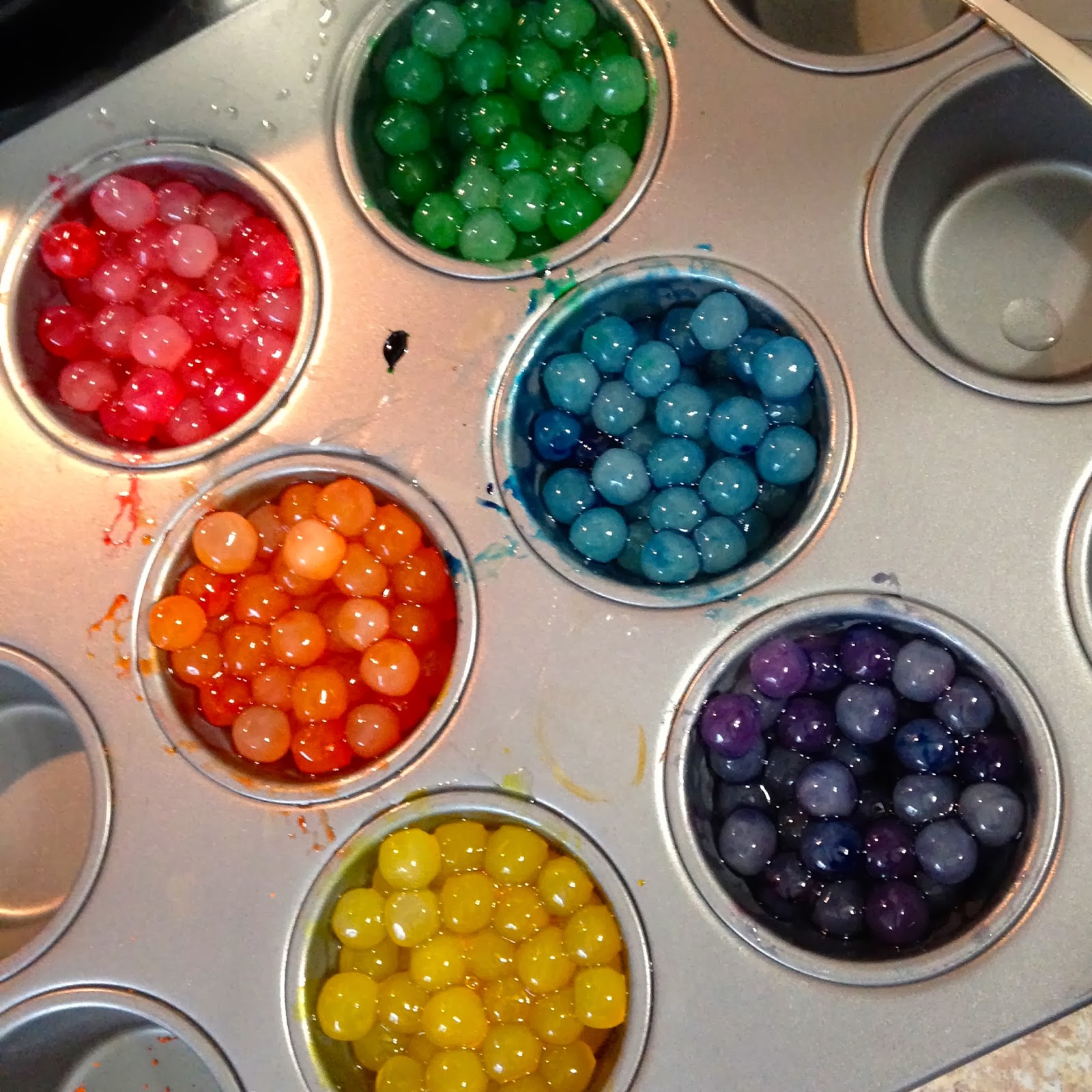 When the pearls were ready to go, I got Leo settled at the table with a tray full of containers, spoons, a bit of water, etc. and started scooping out our new toy. They are a little bit sticky, which is kind of fun in it's own right, but when they wet, the stickiness seems to go away, and they are a little easier to handle. 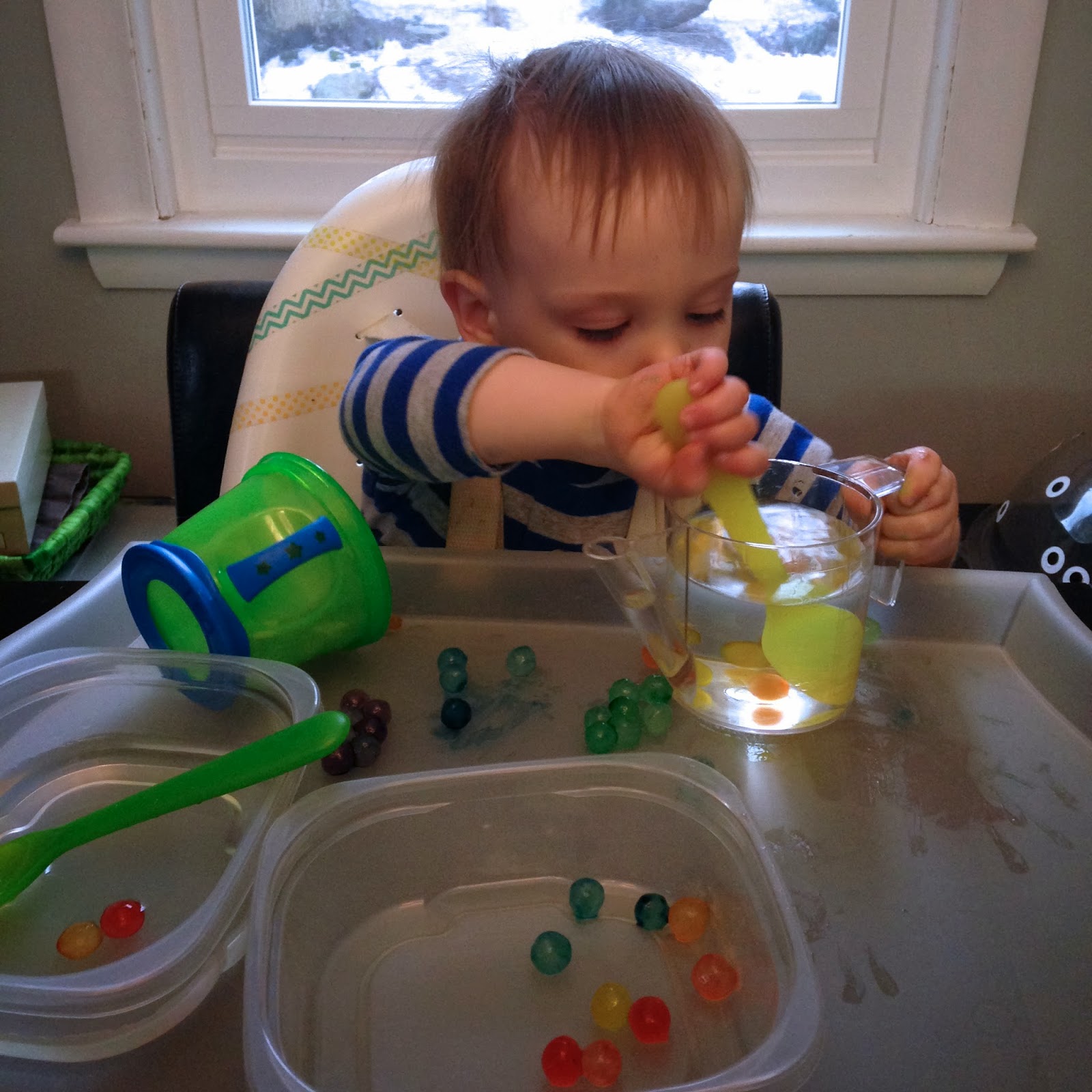 Leo played with these for about an hour. He picked them up and put them in containers, he scooped them and dumped them. He put them one at a time into the spout of the cup, and then used a straw or whisk to shove them through when they got stuck. He did taste a few, but elected not to eat them, which I thought was a wise choice, even though they are technically edible. 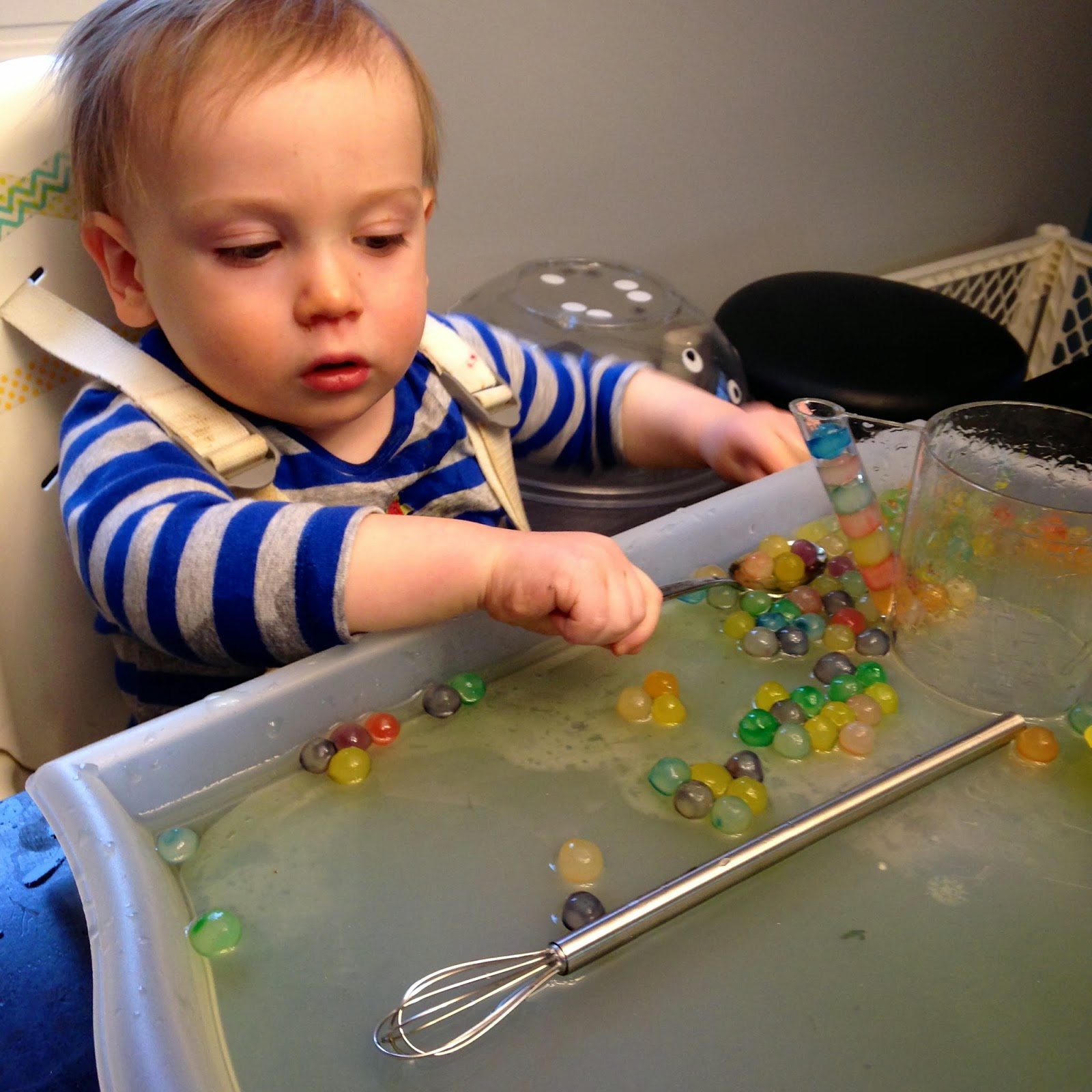 When we were done, Leo was soaking wet, but his hands were not stained a rainbow of color. The color stayed put on the pearls, and slowly rinsed away in the water. And what's a change of clothes for an hour of fun? 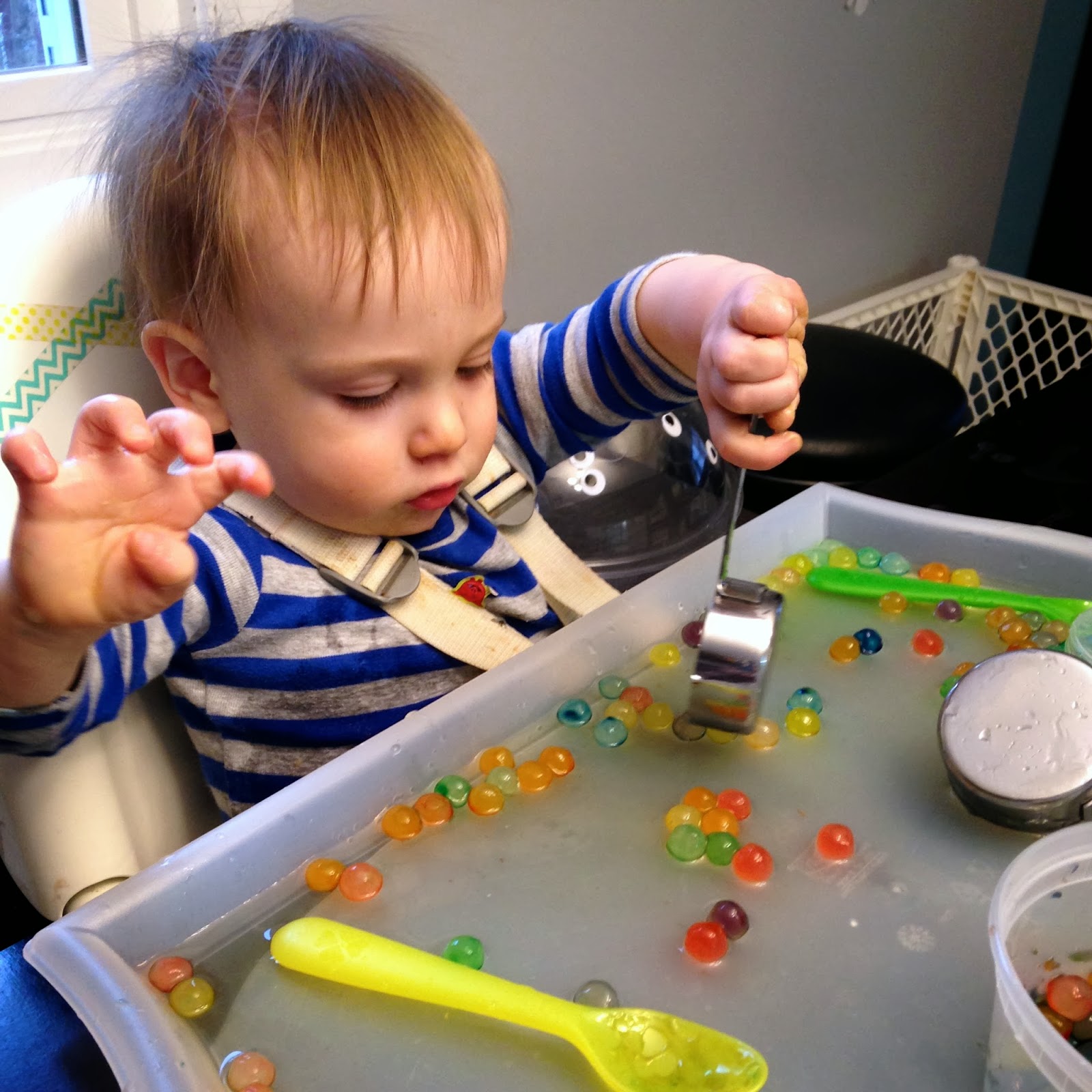 The best part is that we only used half of them. I saved the other half in the fridge to play with later this weekend. I'm not sure how long they will keep, they are food based after all, but I'm sure we will get at least one more session out of them.