Moms are constantly asking each other for advice. Especially first time moms. I mean, none of us really know what we're doing right? There's nothing quite like the on-the-job making-it-up-as-you-go training that comes with parenthood.

I don't consider myself an expert by any means, but I have managed to shepherd an infant safely to toddlerhood, and along the way I've been keeping a mental list of some of our favorite products. This is what I hope is the first installment of my list of Mommy Must Haves.

HoMedics Sounds Spa
I think somewhere along the way, most new parents these days are exposed to the five S concept from "The Happiest Baby on the Block." Shhhhhhing, or white noise is one of the key concepts. The idea is that babies are comforted by white noise as it reminds them of being in the womb. We received this white noise machine as a gift, and it's awesome. I think it helped all of us sleep better. What's great about it is when you turn it on, it stays on. It also has a timer if you don't want to leave it on. But, I'm told that when the white noise stops, babies wake up, so why would you want to do that? It also has a selection of different sounds, so you can experiment with the one you or your baby likes best. We used the ocean for awhile, but have pretty consistently stuck with the rain for quite some time.

For the first six months, Leo slept in our room, so we all got the benefits of the white noise. Greg and I are a little bit addicted, as we used to turn a fan on and point it at the wall just for this purpose. Now, this lives in Leo's room, and it's used every night, and for naps. I swear, when we turn it on, he starts to yawn. I think it also helps drown out the sounds from the rest of the house. And, Greg and I still get to hear the rain fall every night through the baby monitor.

First Years Deluxe Reclining Feeding Seat
If you are at all familiar with our dining room, then you know we have a high table with bar stools. This made the question of what to do for a high chair a little bit complicated. I knew that I wanted Leo to feel like a part of family meals as early as possible. If we purchased a typical highchair, Leo would have ended up a lot lower than our table. 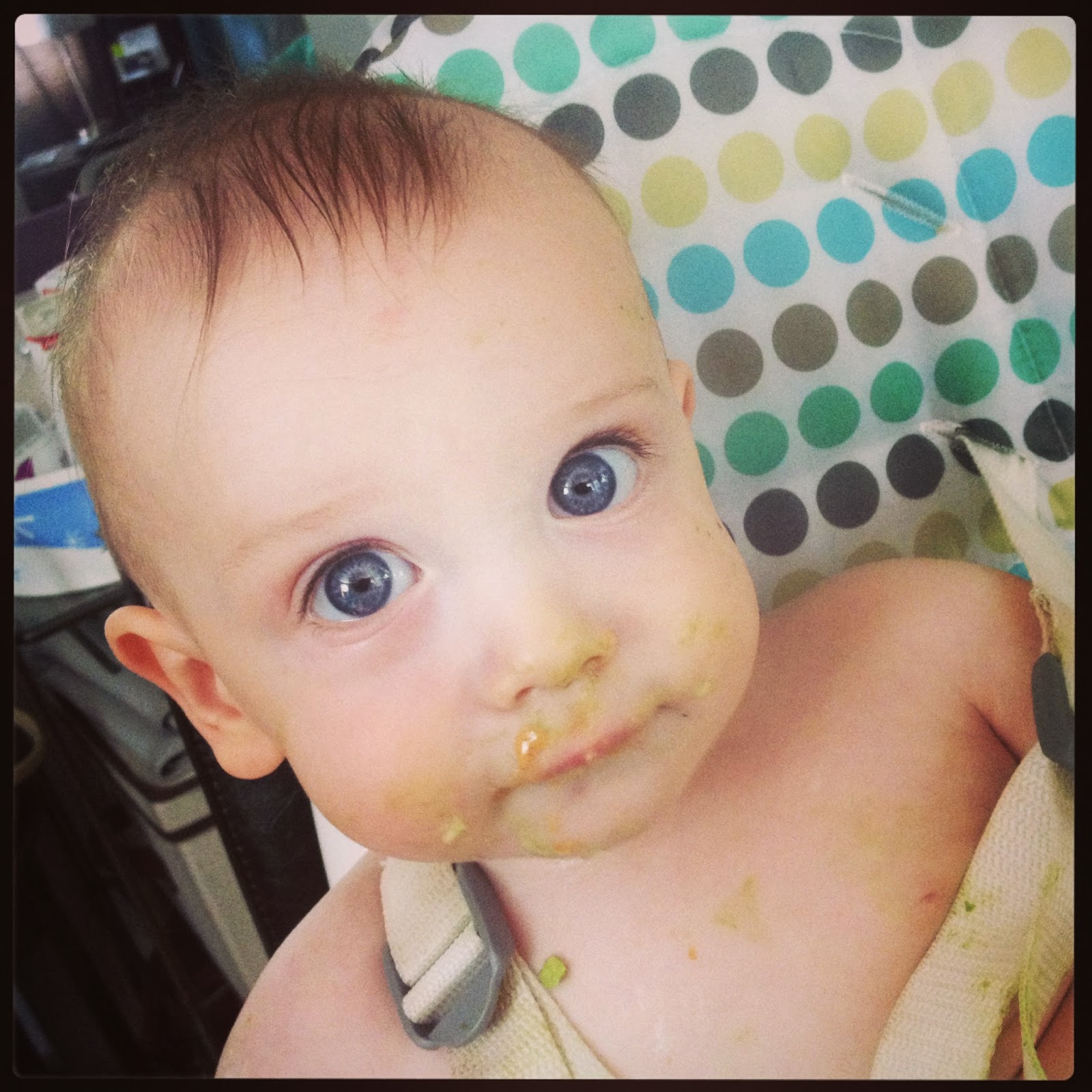 Enter this chair, which easily straps on to any chair. So, not only do we use it on our bar stools, but we are able to take it with us when we visit friends and family who don't have a high chair. We use it with outside with our deck chairs in the summer.

The next cool feature is the recline. This chair tilts to accommodate infants who can't hold themselves yet. Because of this, Leo was joining us at the dinner table at only a few weeks old. It's also great for bottle feeding once they can hold their own bottle. 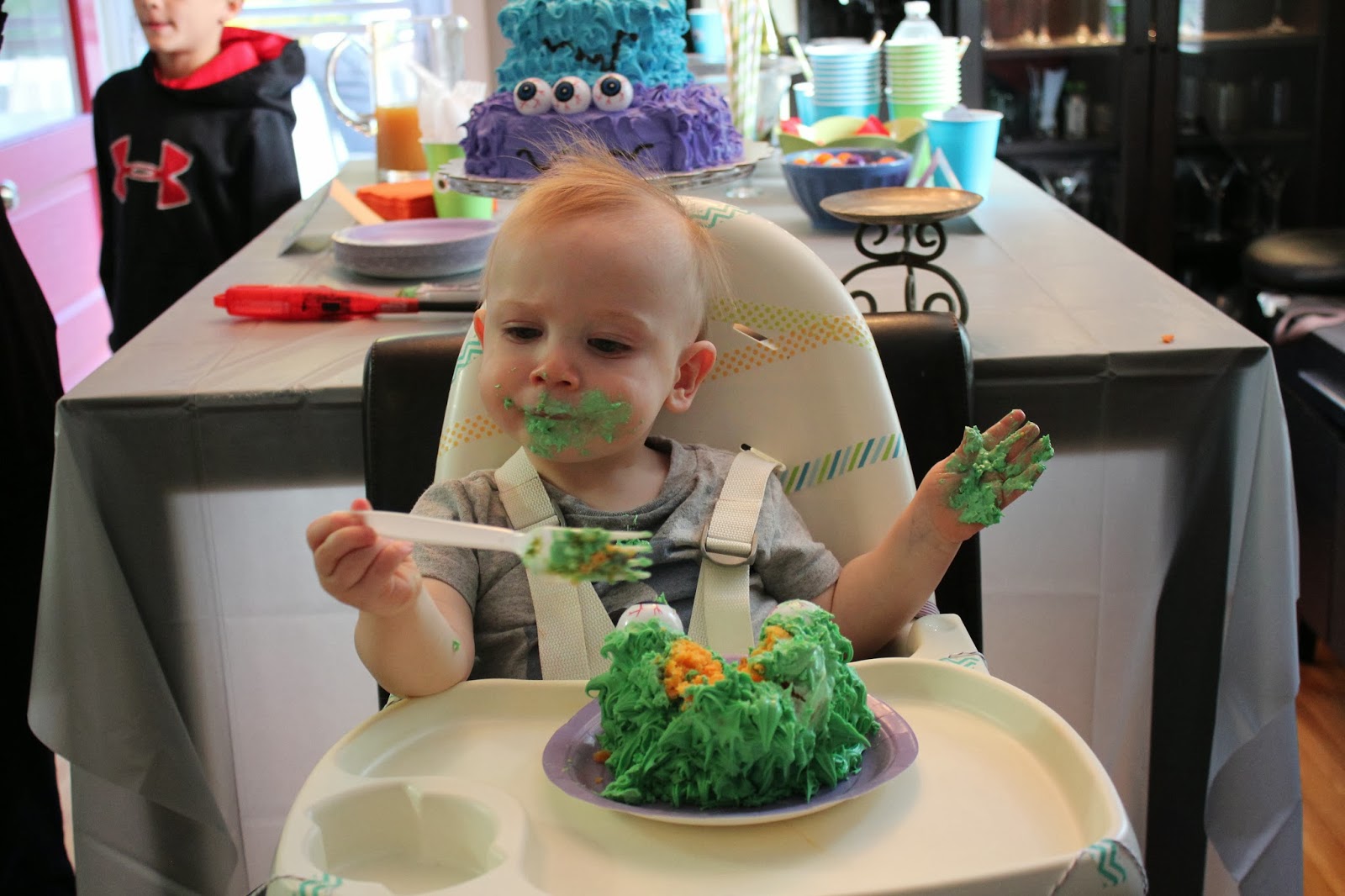 The straps come off easily, so we can throw them in the wash every few weeks. And since Leo has started feeding himself, we actually chose to remove the padding, even though it's washable, because it makes it much easier to wipe down the chair.

aden + anais muslin swaddle blankets
We have several of these muslin blankets. They are light weight and get softer with every washing. When I was nursing, I constantly had these near by as burp cloths. We never used them as swaddles, but many people love them for that. They were great in the summer as a light blanket, to throw down on the ground for a place to play, to drape over the stroller or car seat to help block out the sunlight. Basically, the uses are endless. We still keep one stashed in the diaper bag because you never know when your going to have a mess to wipe up.

Side Snap T-Shirts
When we were in the hospital when Leo was born, they dressed the babies in t-shirts like this. They are sort of like a wrap dress, with a snap on the side inside, and then snaps on the other side on the top layer. They were great because with all the diaper changes, there was nothing to undo to get to the diaper. Also, in the very early days, before the cord falls off, these shirts don't interfere with that sensitive area. I never would have known about the shirts if we hadn't seen them at the hospital, but only days after we returned home, we had ordered half a dozen on Amazon. We used them as undershirts under Leo's sleepers for several months. We wanted him to have that extra layer, but like I said, it was nice not to have to undo a onesie for those early middle of the night diaper changes. 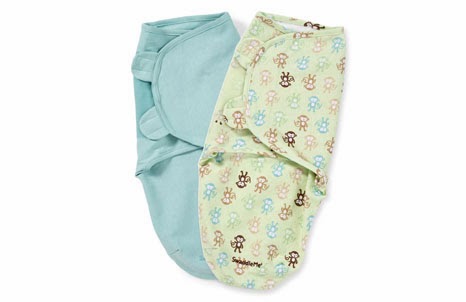 Summer Infant SwaddleMe
Another one of the five Ss I mentioned before is swaddling. I think most new parents hear about the benefits of swaddling infants. It is comforting because it makes them feel like they are still wrapped up tight in the womb. Figuring out how to tie a swaddle that one come undone over night is not an easy task. There are a bunch of different swaddle products that try to make it easier. This one was one of our favorites. It's a big pouch with flaps that wrap around sort of like a straight jacket, and fasten with velcro. It was just so easy. And it doesn't hurt that it makes babies look like adorable little glow worms. 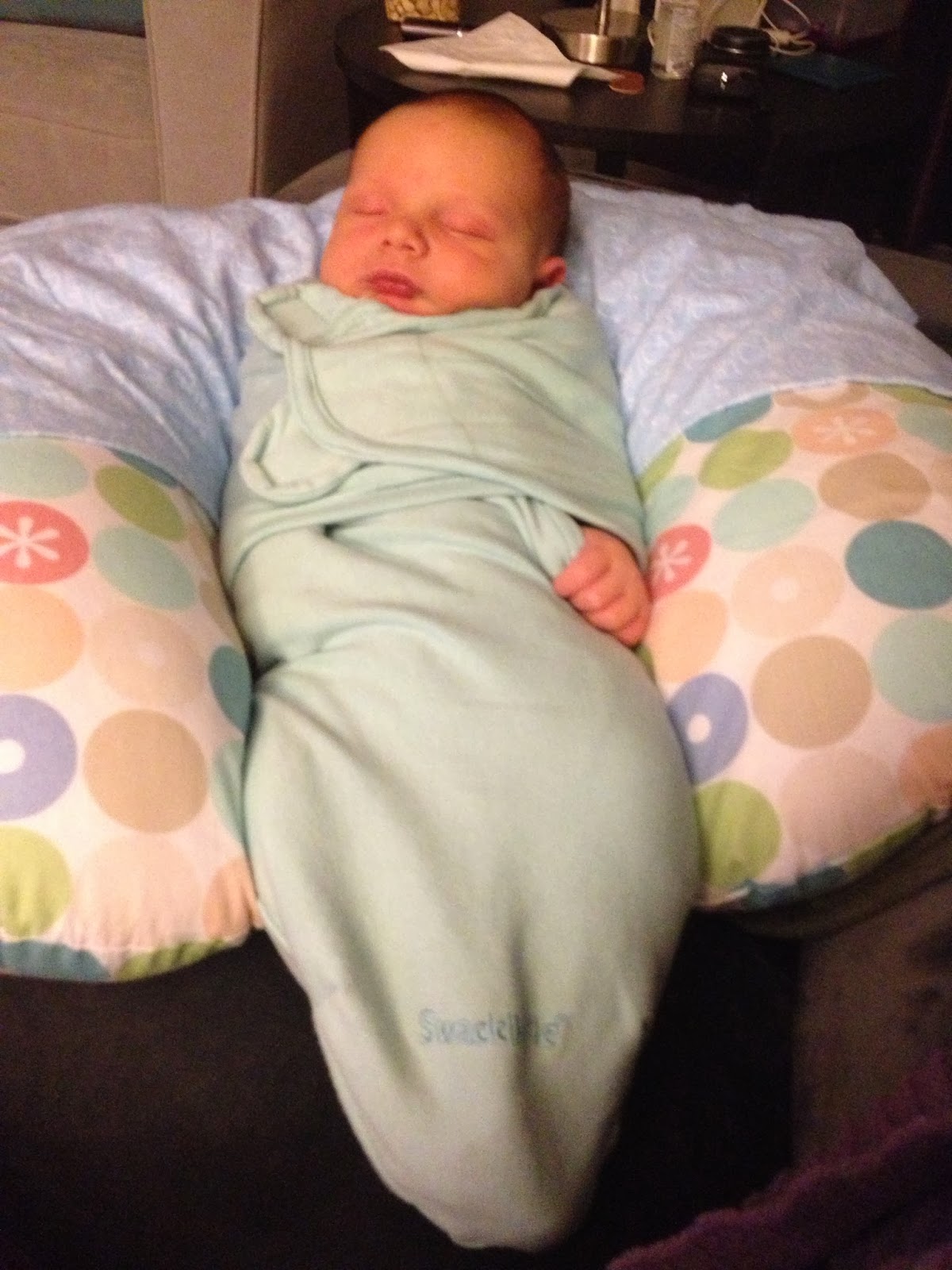 Another reason we liked this particular swaddle is because it's possible to wrap up the baby's arms without putting their legs in the pocket. This makes it possible to actually strap babies in to swings, strollers, etc. while their arms are swaddled. All of those five point harnessed are useless without legs.


So there you have it. A small list of items I would not want to be without were I to do it all over again. What are your Mommy Must Haves?