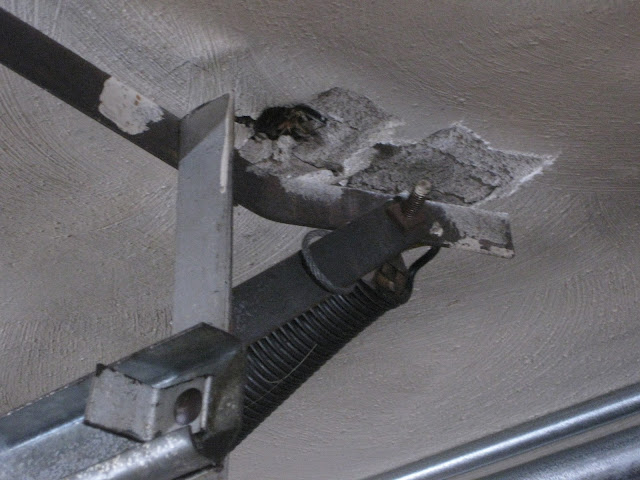 Wednesday night, we made a trip down to IKEA to pick up some book shelves for the basement. When we got home, we were tired, and the shelves were heavy. So, we left all the packages in the garage, and left my car outside. We were watching a little TV before bed, and we heard the horrible noise. It sounded like a shelf had fallen on top of a kitty or something equally as bad. We looked around a little, sound both boys and they seemed fine. Greg peaked in the garage and none of the packages had fallen. By the next morning, we’d forgotten about it. Since both cars were outside, we went out the front door, instead of the garage like usual. It wasn’t until I got home that night, and the garage would only open halfway that I discovered what had made the noise. 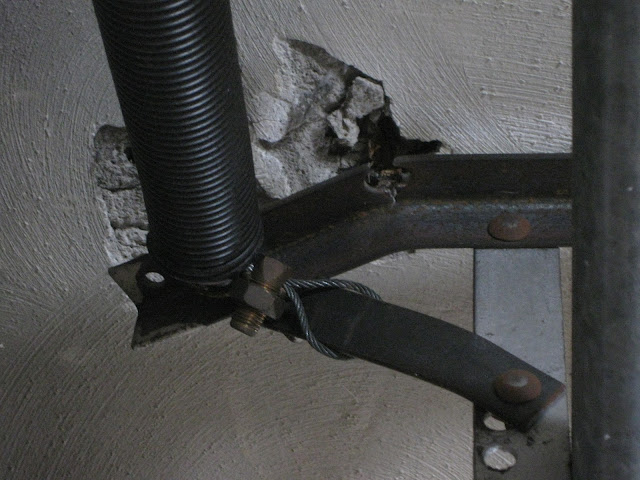 One of the springs had broken. The force was so great, it sheared off the bole holding the angle into the ceiling, and bent it backwards. 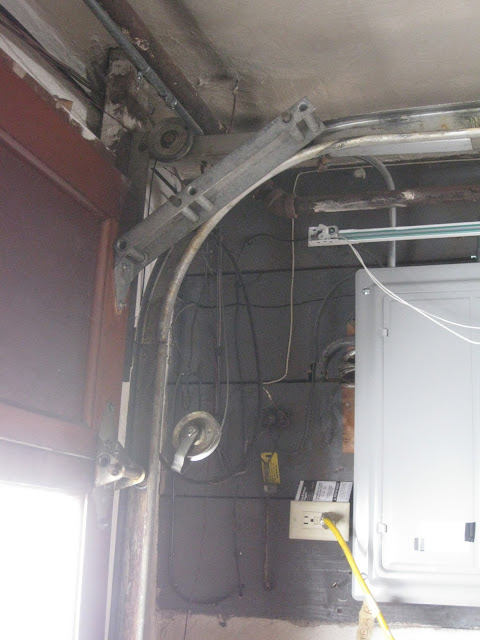 The pulley was left dangling. And the spring was useless. 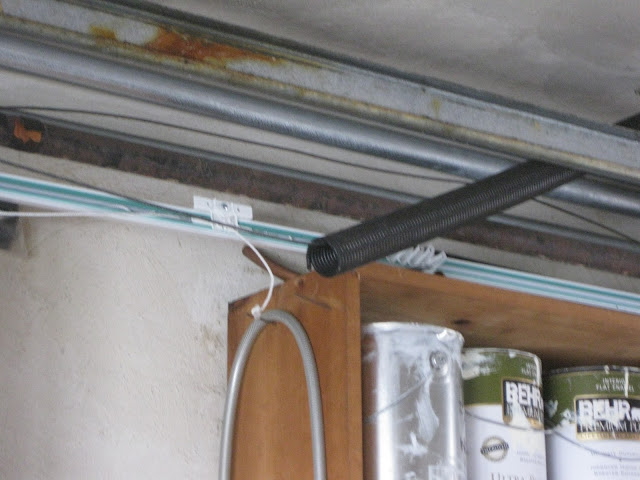 We are now considering getting a brand new door instead of just replacing the springs. The door is old. A new one will have much more insulation. But, it’s yet another thing we weren’t planning on spending money on just yet.