We Have a Fireplace! 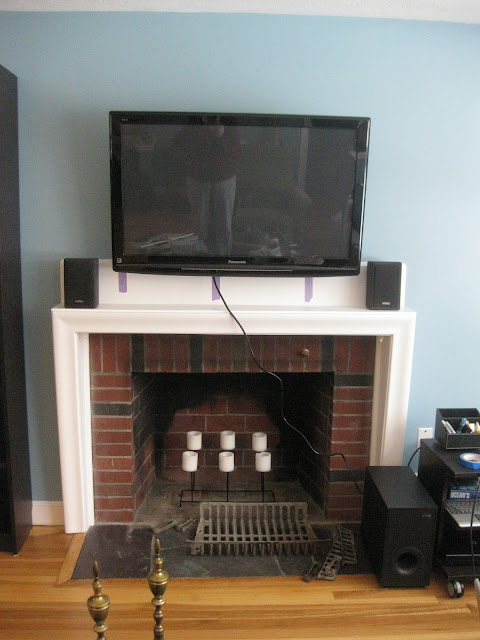 Could you even tell? We can’t use it yet, due to some repair work that is needed in the chimney, which will take care of itself once we finally convert from oil to gas. But it sure is nice to look at, right?
Greg was able to put the TV up on the wall today, now that the wall has been painted. And you can be sure, that it’s not going anywhere. 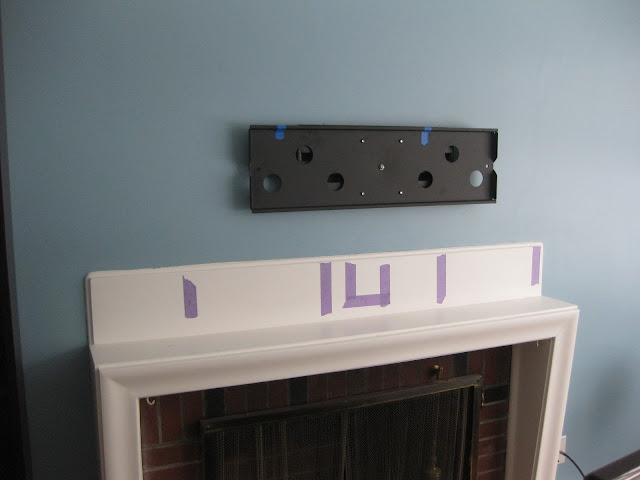 First, the bracket was bolted to the wall. It’s off center to be sure it’s in the studs. We’re not taking any chances with our TV! 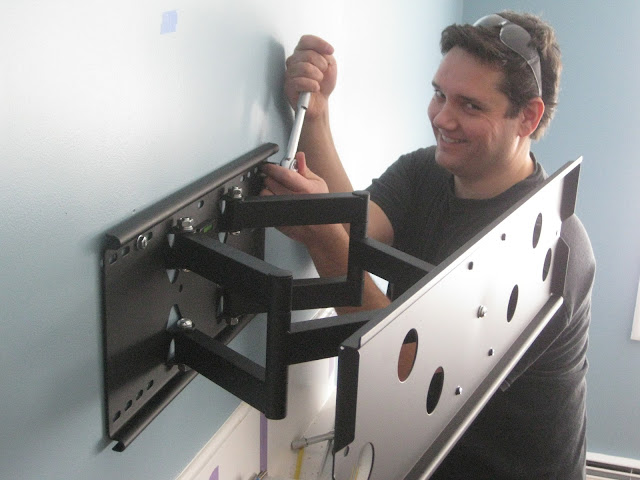 Here, you can see the way the bracket folds off the wall. This allows it to swivel in either direction. 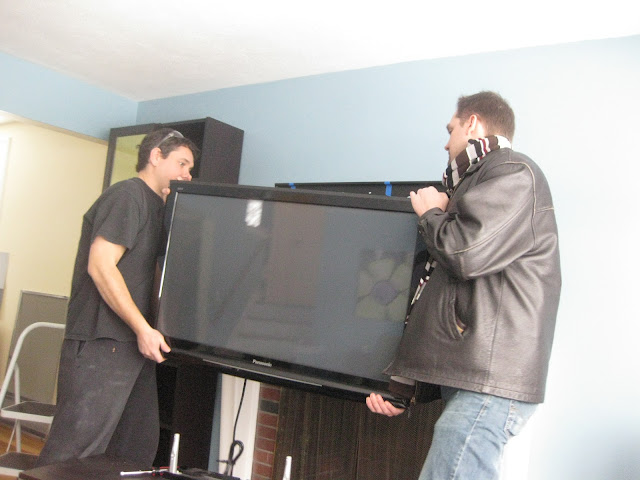 Jeff was kind enough to stop by to help life the TV up on to the bracket. I was grateful, because this had to be done several times to get the proper alignment. Because the bracket is not centered on the way, the TV was placed to one side of the bracket to compensate. This caused some deflection, which required some adjustment to avoid having a tilted, yet centered, TV. 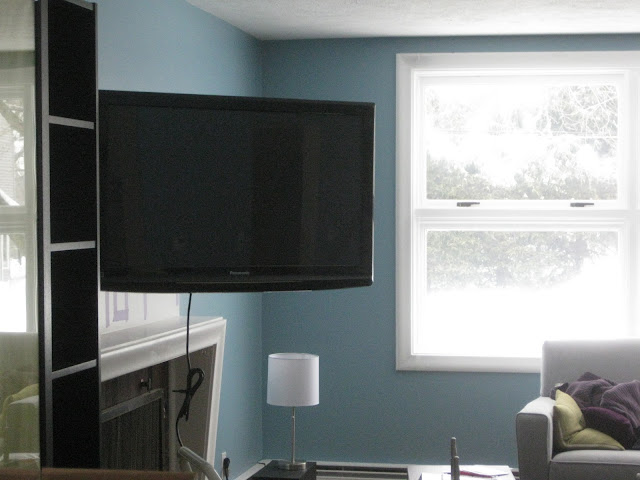 It’s a pretty cool bracket with lots of adjustability. We’ll be able to see the TV from the dining room table...if we wanted to.
PS - in some of the photo, you can see the old brass fireplace screen. We decided to stash it away for now, since I’m not really a fan of brass. The fireplace is a little sooty, but I think it looks much cleaner and simpler without all the accessories. Someday, when we’re actually using it, we’ll find some black wrought iron ones instead.

VP
Looks amazing. I love the swivel bracket. You are so lucky to be married to an engineer with such an accommodating brother. I am lucky, too. XOXXOXOXOXOXOXOO
Sunday, February 6, 2011 - 07:46 AM