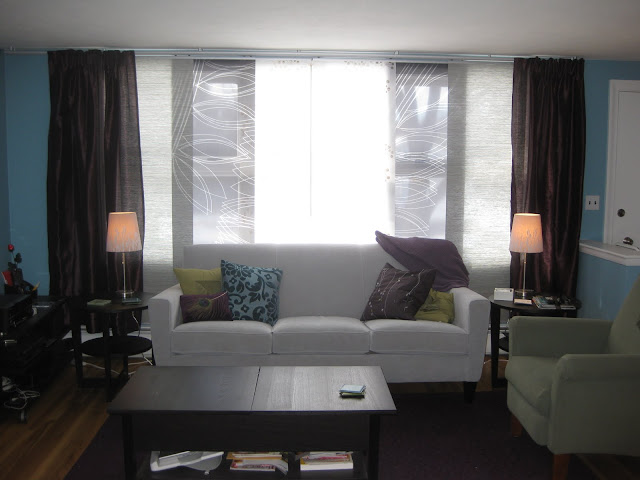 This weekend, the long awaited window treatment for the living room went up. Take a look here to see how close we came to the intended idea. I think we did pretty well. It was a true team effort. Greg had to drill eleven hole in the ceiling, and screw in the brackets which hold the track to the ceiling. If you ever need an opinion on which toggle bolts work best, he can tell you. My mom helped me mark the length of all the vertical panels, which I trimmed. Greg added the top and bottom rails to each panel. Jeff stopped by last night and got to stand with his arms above his head for a considerable amount of time while Greg fastened 11 set screws to secure the tracks to the brackets in the ceiling. My mom and I clipped the drapery clips on and hemmed the purple drapes to the right length. And finally, we get to it back and enjoy it all. 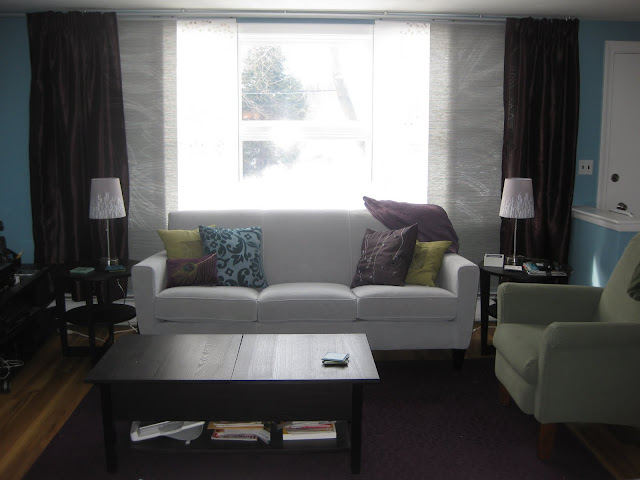 This shows how flexible the system is. Here, the center of the window is open, while light is filtered thought the panels at the sides. 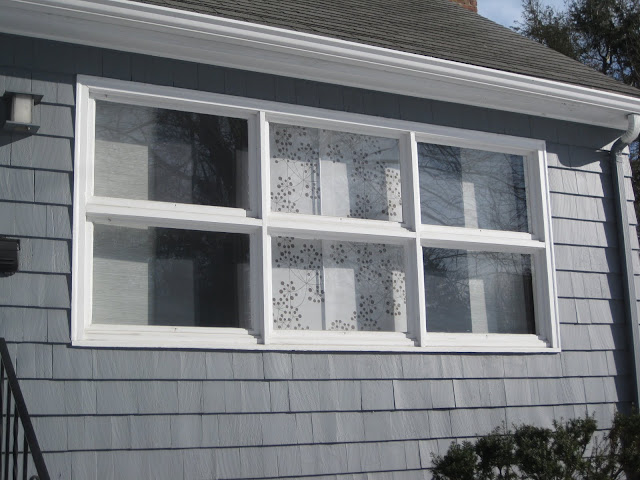 It’s hard to see the pattern in the center panels in the photos, so here’s a peak at what it looks like from outside. 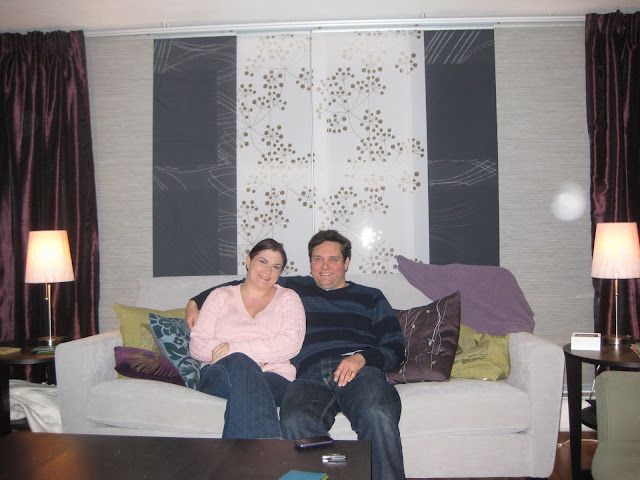 And here’s an evening shot taken by my mom of the two of us enjoying our transformed living room. We have one major project left in here, which is to create the new storage to the right of the fireplace which will have some display, as well as house the components for the television. I think we might take next weekend off though. Whew!
Comments transferred from previous Blog:
CHRISTINE
LOVE. LOVE. LOVE.
Monday, February 21, 2011 - 09:19 PM