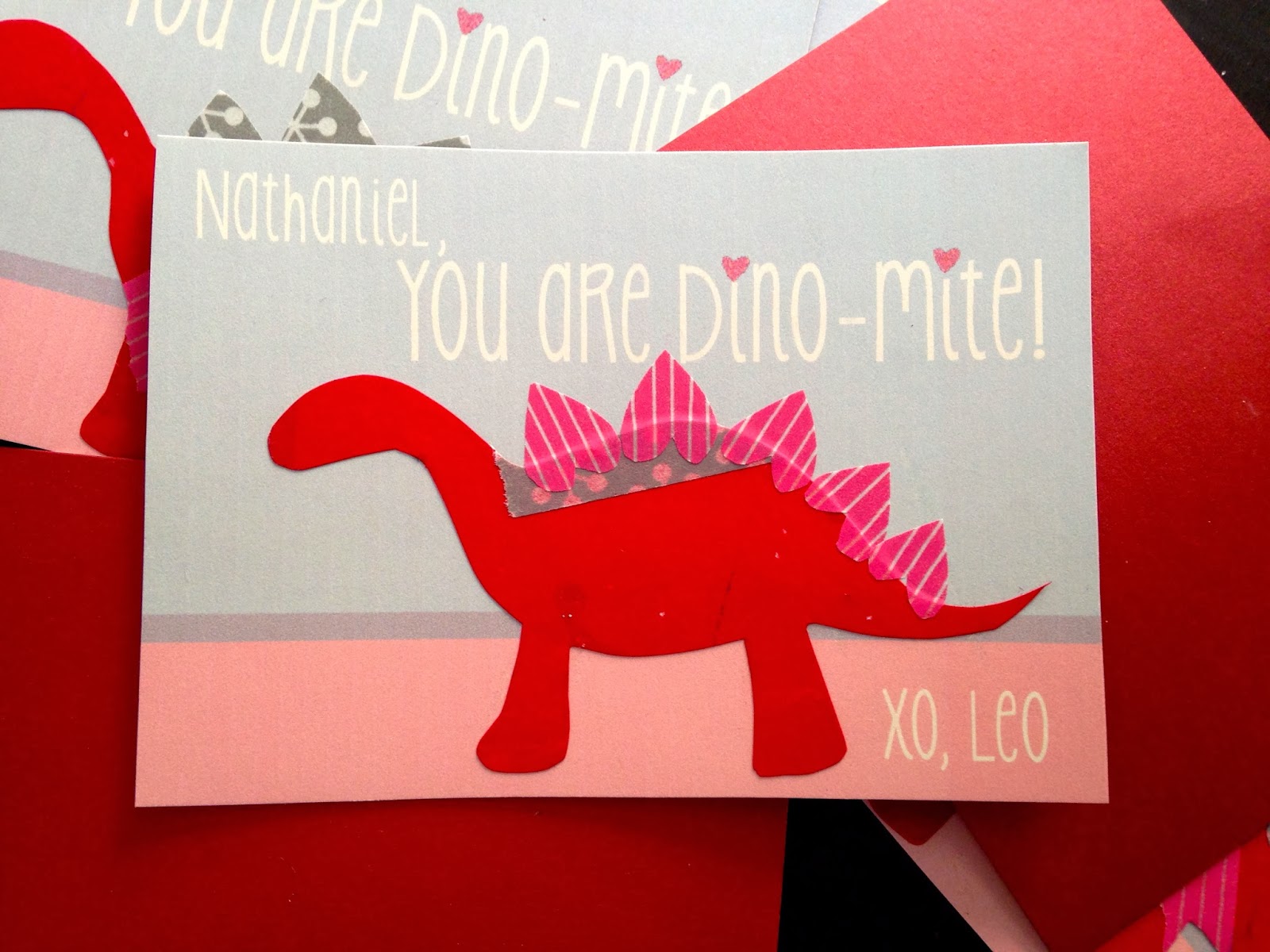 When I was in fourth grade, my heart was broken when my teacher decided to have us make a donation to charity instead of passing out Valentine cards in class. I already had the supplies I was going to use to make mine—a heart shaped pad of paper with beautiful red, pink, purple and blue sheets, and stickers to decorate with. I never got to use them. So, imagine my delight when I picked Leo up from school the other day and his teacher told me she'd be sending me a list of names of the kids in the class.

I get to make Valentines!

I mean, Leo's a little young to do it himself, right? I fully expect to let him take the lead when he is older, but I do hope to pass along my love of art and design. It's never too early to get started, right?

I did what any good crafter does these days. I consulted Pinterest for inspiration. I had a rough idea of doing something with dinosaurs, thanks to a suggestion from my mom. When I found the phrase, "dino-mite," I came up with my idea.

To ensure Leo had the option to participate, I printed the outlines of the dinosaur on to a red piece of paper. Then, I got out a some chalk pencils to see what he would do. I quickly realized that I needed to tape the paper down or he would just push it around without making any marks. I got out some washi tape and decided to tape the paper to the floor. Leo made a few marks, but mostly seemed interested in carrying around as many of the pencils as he could fit into one hand. 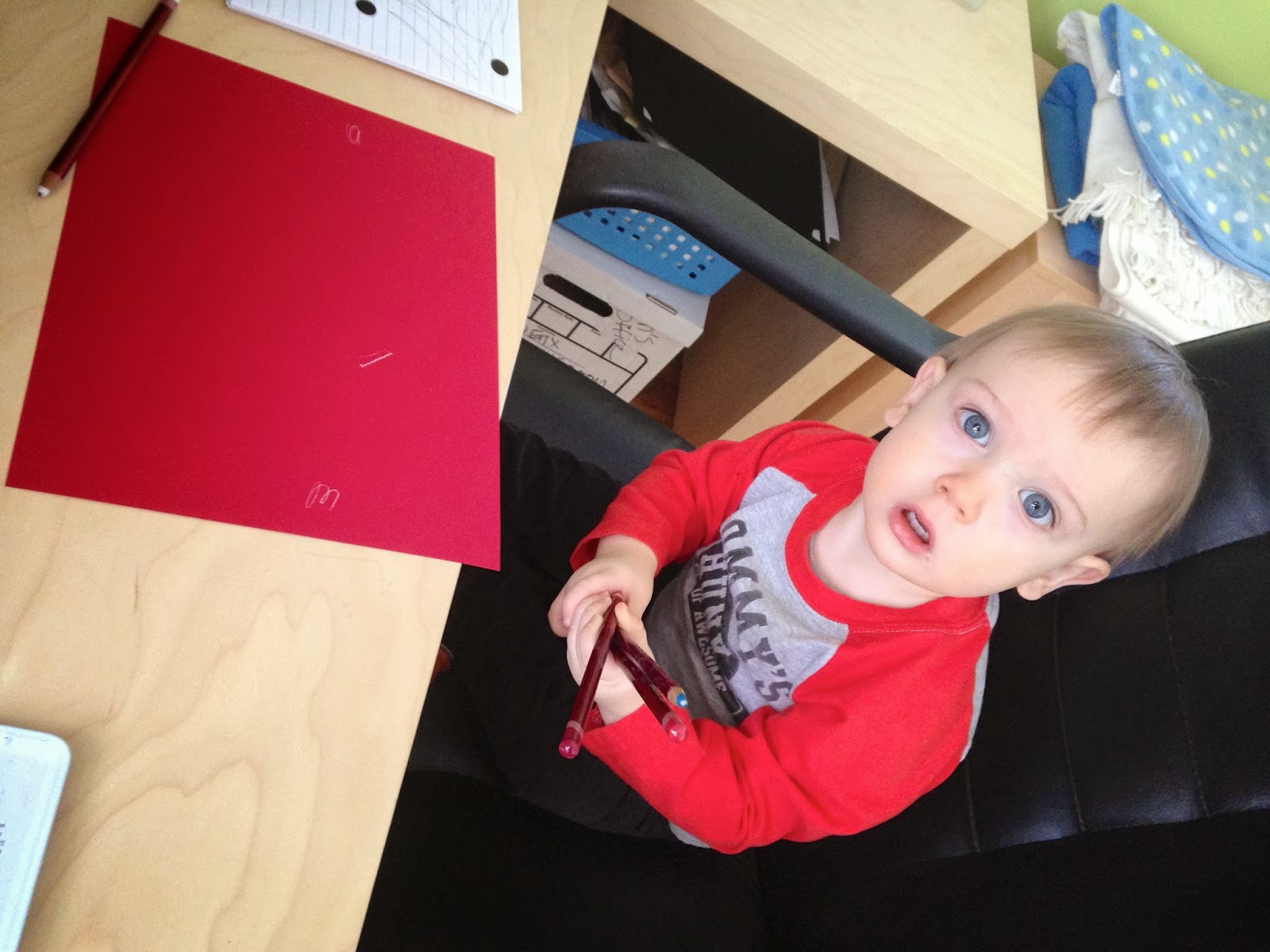 I set about printing the card backgrounds and left Leo to do his thing. When I looked back down at the floor, he had taken a longer piece of the pink washi tape and put it on the paper. I decided to go with it, and got out a few more rolls I thought would coordinate. I ripped off some pieces for him to put down, and tried to encourage him to color a little bit more on the paper. 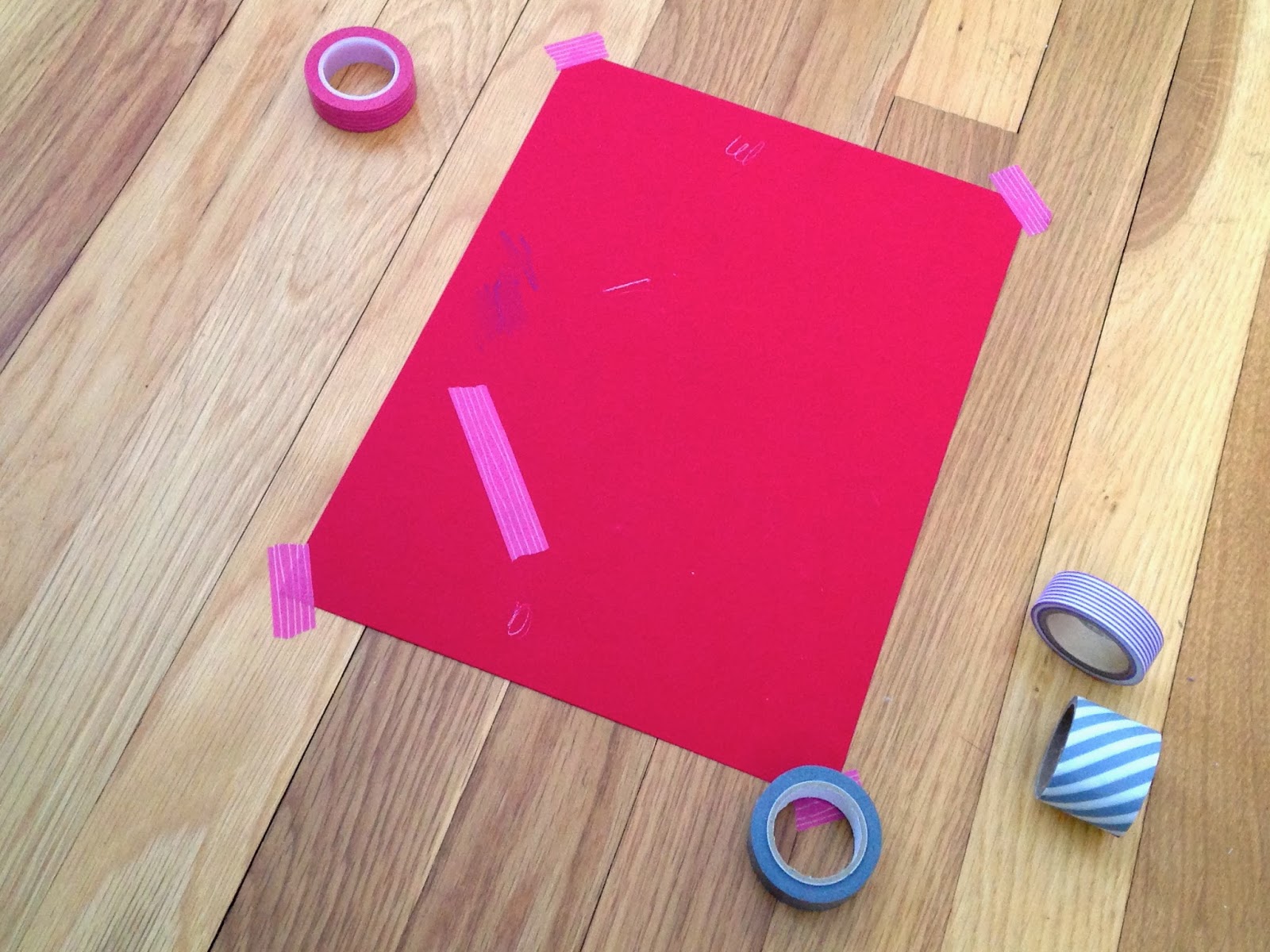 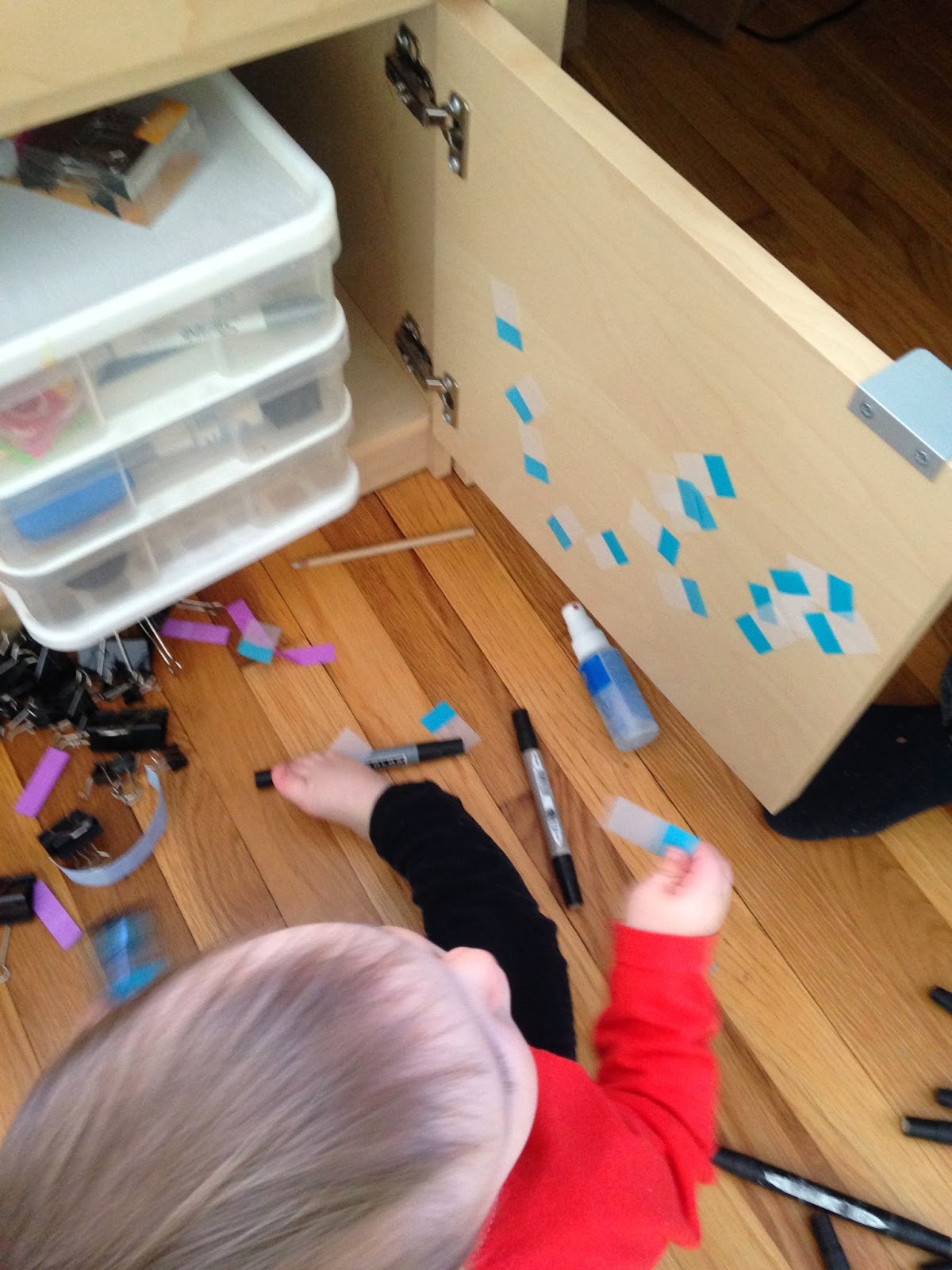 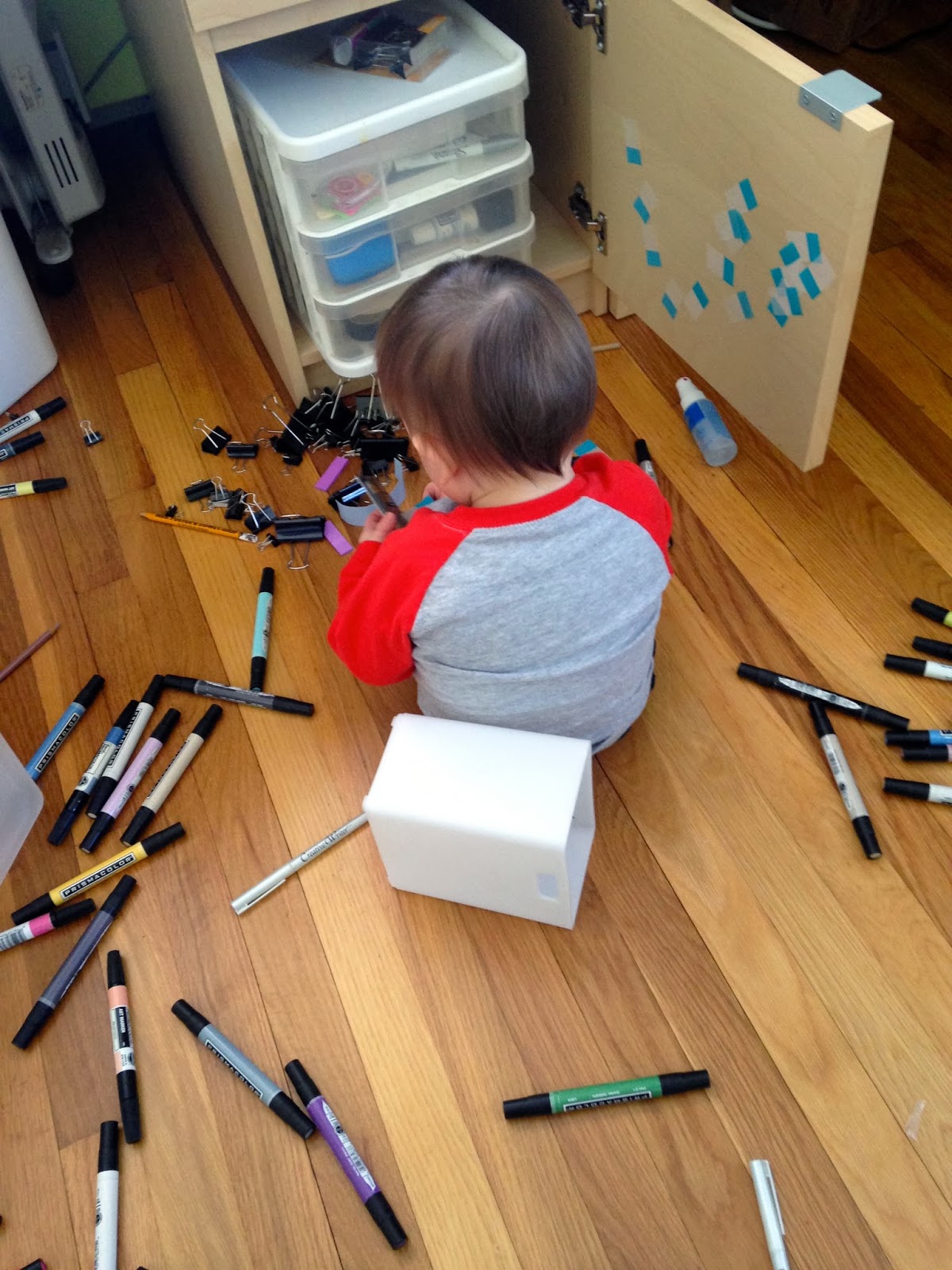 He did decide he wanted to sit on my lap and see what I was doing when I was gluing the dinosaurs on to the cards. 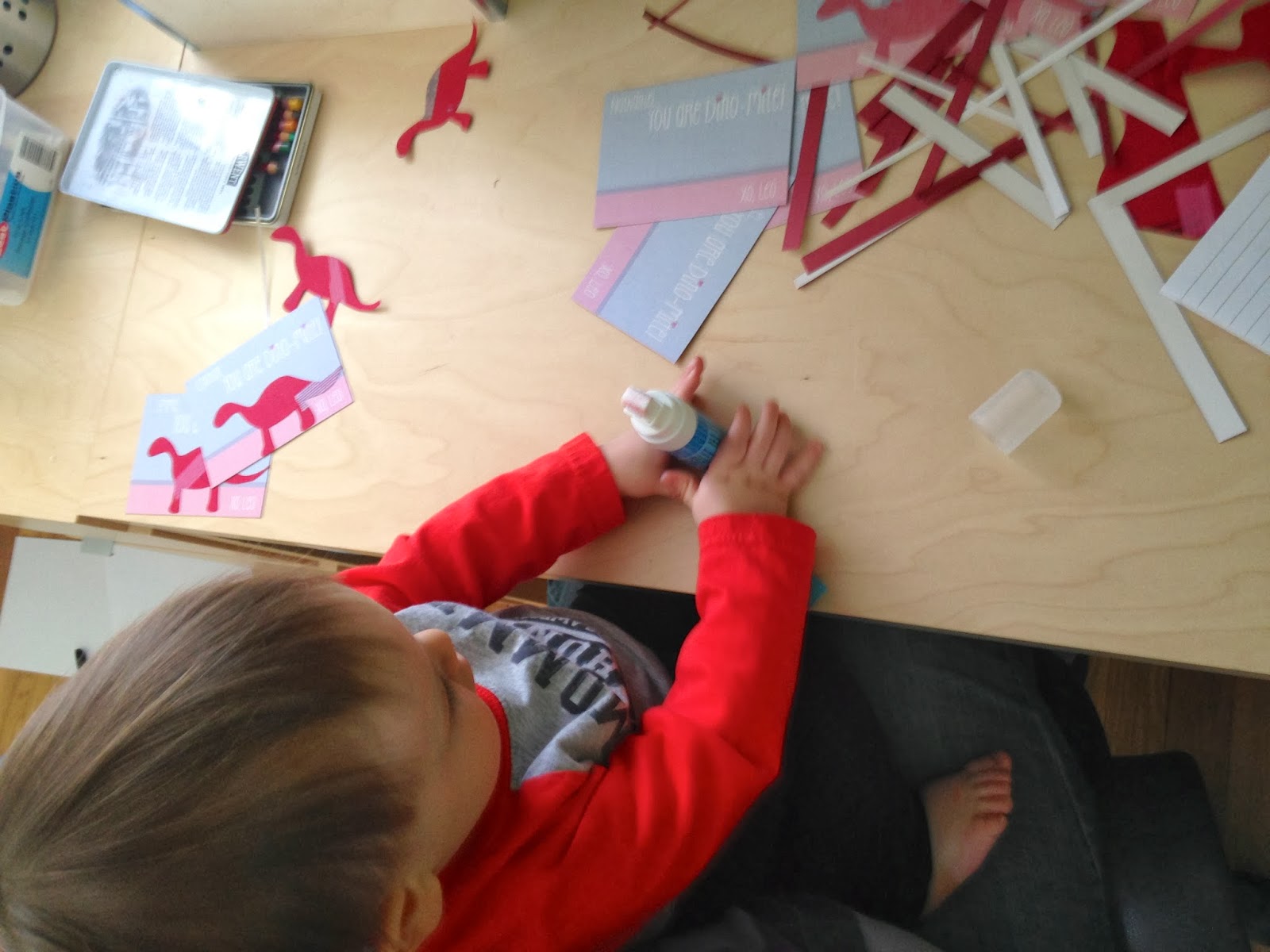 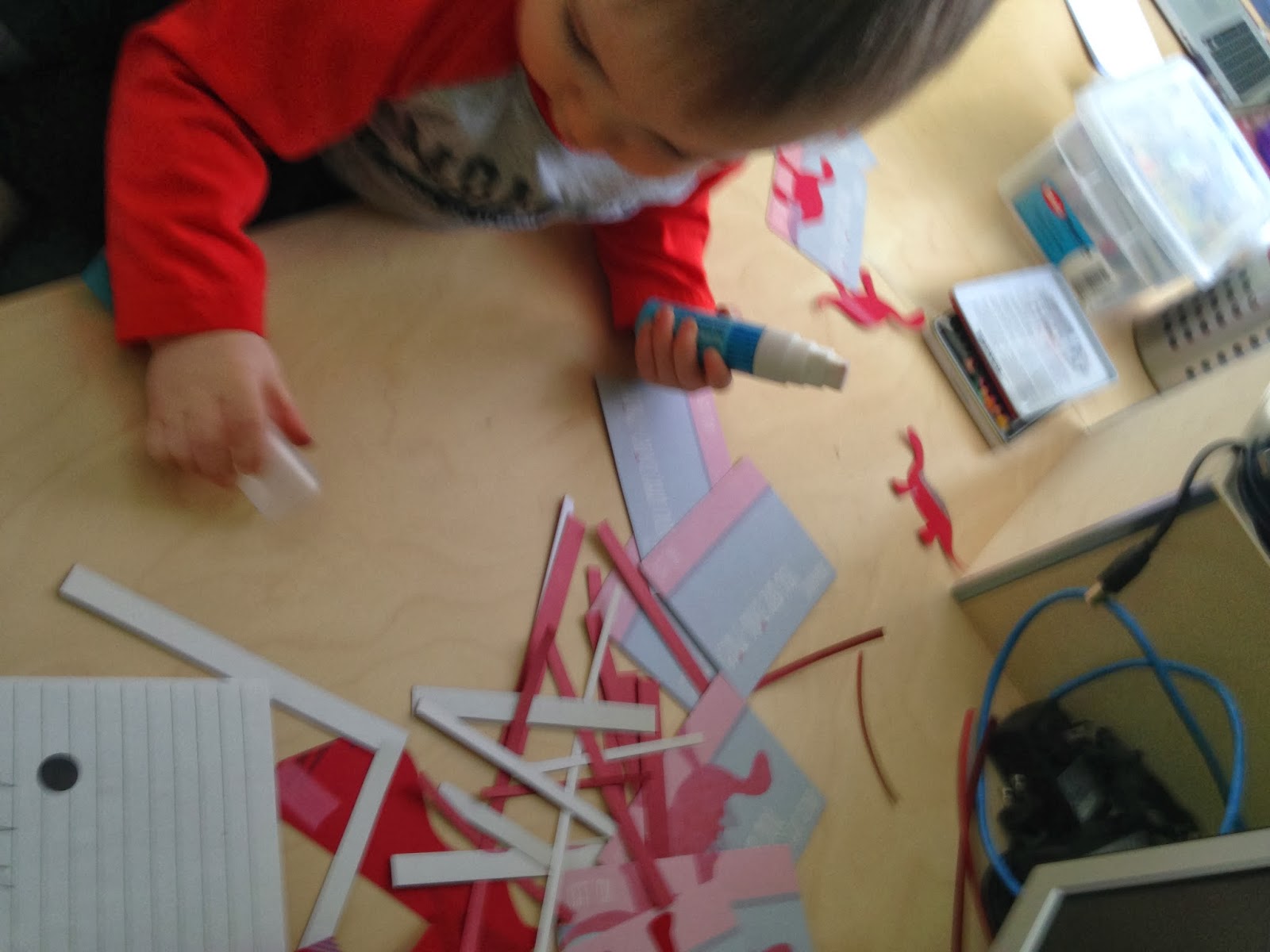 The introduction of the washi tape into the design inspired me to take it further. I always new that I was going to add up side down hearts as spikes on the dinos' backs, but I hadn't quite figured out how I was going to do that. I had planned to print, cut, and glue them. Using washi tape allowed me to eliminate a few steps. All I had to do was cut them and stick them down. I will admit, it's a little tricky to cut smaller than half inch hearts out of tape, but I love the way they turned out. Hopefully Leo's friends will too! 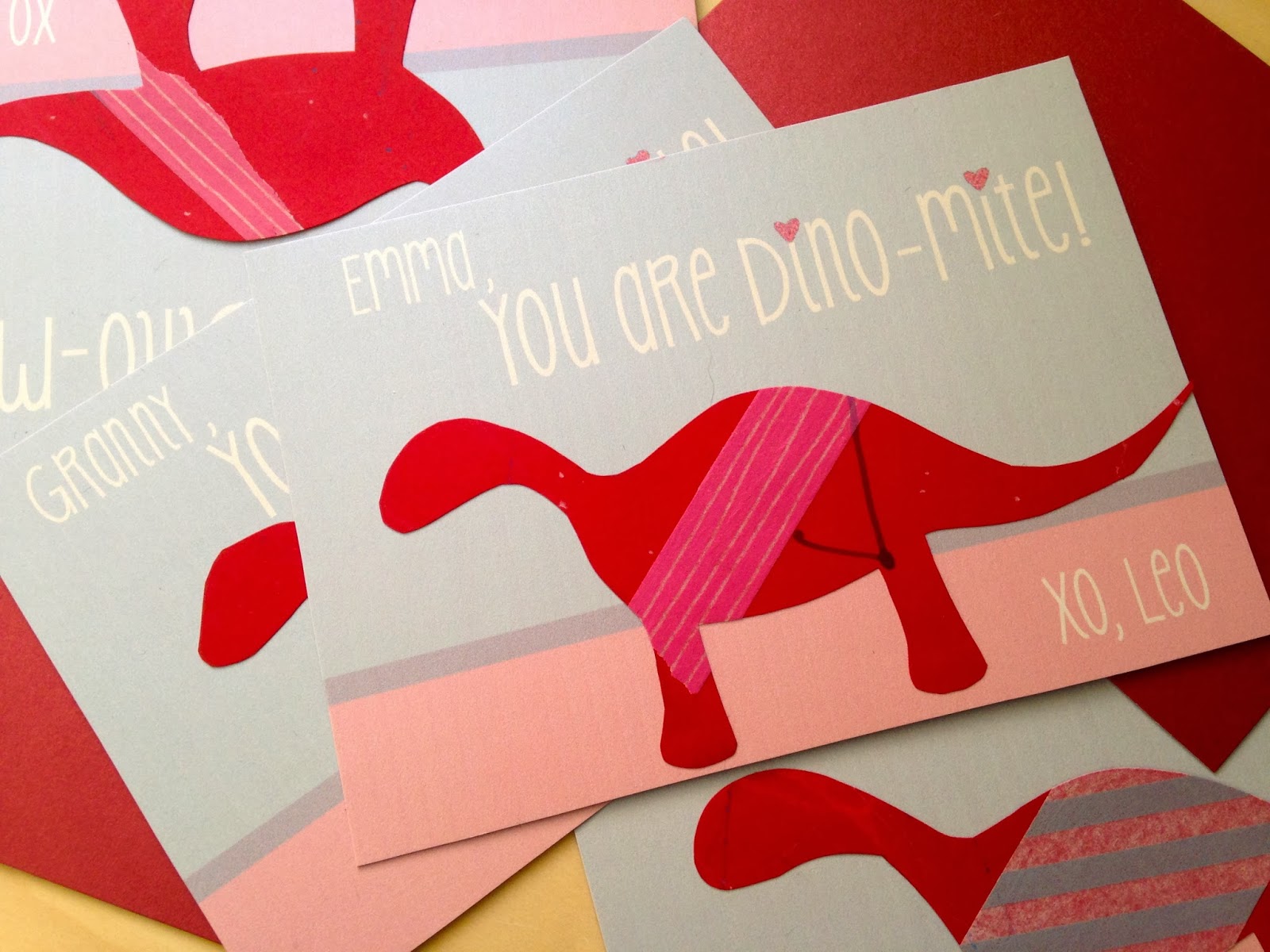 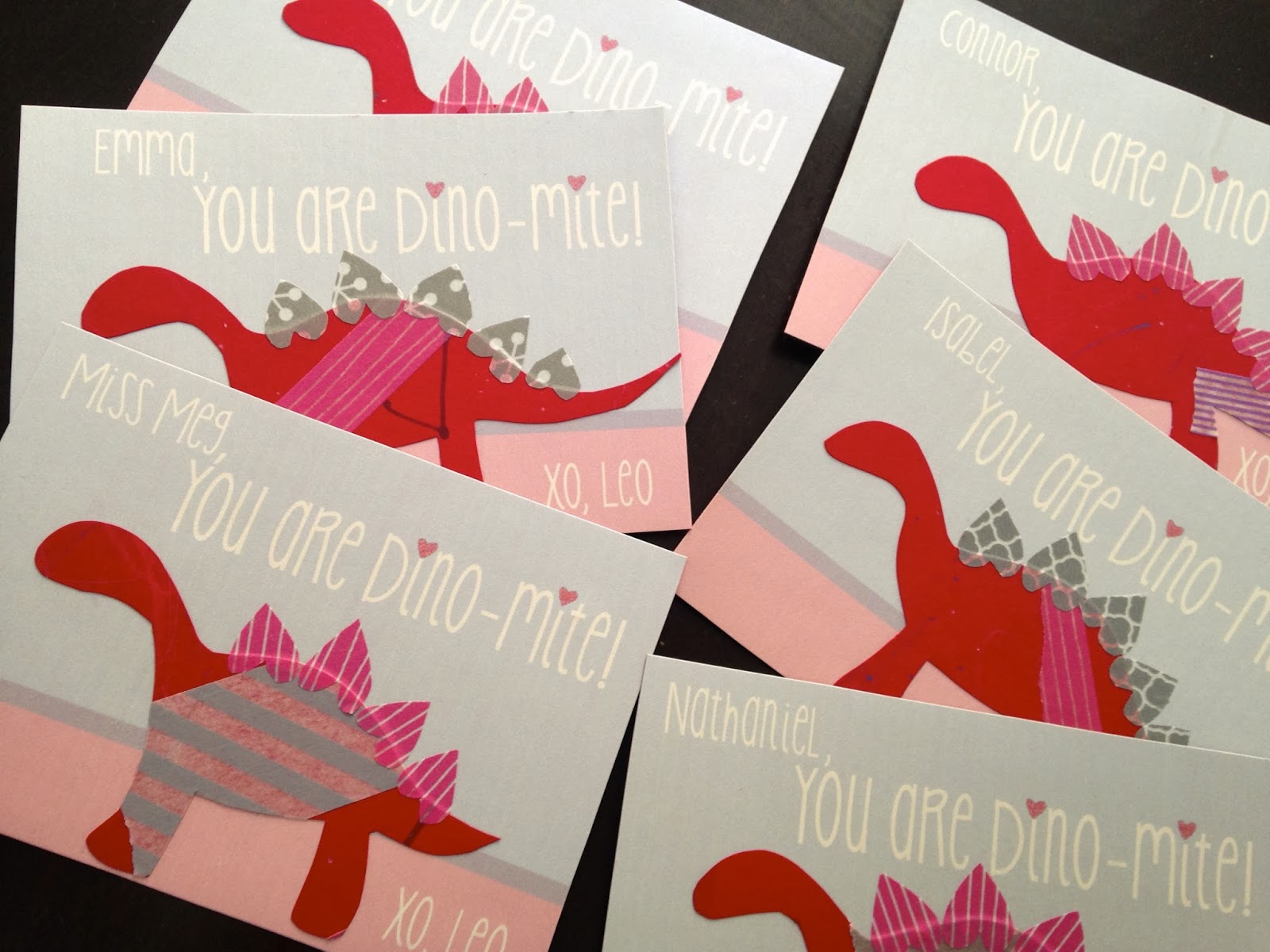